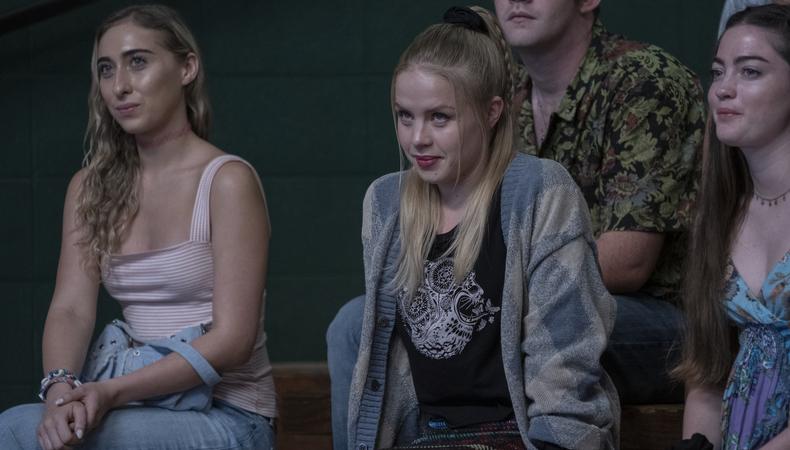 The following Career Dispatch essay was written by actor Sofia Vassilieva, who can currently be seen on Hulu’s adaptation of John Green’s “Looking for Alaska.”

Advice? Truth be told, you probably have some good advice to give me. But given our predicament, you reading and me writing, all I can do is share, and I’m honored you’re reading.

In recent times, I have had the striking revelation that at least for me, ego and dignity are two very different things—and in this industry, I best remember it. That is what I would tell my younger self. I used to be vulnerable and stubborn, all at once, and I’m not sure I would’ve been able to listen to my now marginally wiser self. But to get to the heart of the matter, let me tell you a bit about how I arrived at this advice.

READ: Self-Care For Actors: Leave the Drama on Stage and Set

I started out in this industry when I was still in my single digits and all I did was play. There was no place I would have rather been than on set. I loved spending wee hours of the morning in the middle of a snow storm shooting the “Eloise” films or a packed weekend in New York City shooting “Day Zero,” a film most have never heard of, but is most dear to my heart. The idea of a “right” way or a “wrong” way evaded me. What people thought of me was inconsequential; I was simply excited for whatever chance to play would come next. I was present and fully absorbed in what was immediately in front of me. I worked through my teenage years, and then off to college I went. I graduated in cap and gown and full regalia. Then, I was back to Los Angeles and returning to the industry I grew up in, but I soon discovered that things seldom turn out the way you expect.

(Side note: That does not mean that they are not what you wanted or even what you asked for; sometimes they just look a little different, and the road to get there is not the one you anticipated.)

Back to the story: Upon my return, I thought things would be just as I had left them. But as the old adage goes, you can never step in the same river twice. The industry had moved on. It was then that the seed of ego began to grow. And by “ego,” I don’t mean I was boastful or braggadocious, full of myself or arrogant. I merely mean ego, per the dictionary definition, as my sense of self-esteem or self-importance.

All the successes that I had seen in my earlier days all of a sudden seemed entirely irrelevant. It felt as though nobody knew and nobody cared—and why should they? I felt the need to protect an identity, a sense of importance from my previous accolades. My ego grew out of fear, a defensive mechanism mustered out of a need for protection. I was like a porcupine ready to sting anything. I became critical, not for the sake of growth but for the sake of preservation. If I could say the worst about myself than nobody else could hurt me with it. The problem was I started to believe it. I wriggled in a state of fear, insecurity, uncertainty, and lack of self-worth. I was vulnerable, and that was scary, so I armed myself with ego. I didn’t know how to get back what I had lost, and therein laid the problem.

So this advice, I suppose, is to anyone who feels vulnerable, unsteady, and torn between the past, the future, and the irreconcilable present: Know the difference between ego and dignity. Ego will define this moment in one of two ways, either by what was in the past that is missing from the present or what you want for the future that you do not have now. You will never fully be in the present if your ego is in charge. Dignity, on the other hand, is what remains when your ego gets out of the way. Here, I mean “dignity,” per the dictionary definition, as one’s state or quality of being worthy of honor or respect.

Dignity, to me, seems to be a state of the heart that is independent from the past or the future. It is simply about this present moment, how you feel, and taking ownership of that. It’s really between you and the universe. Your dignity remains unaffected by what job you do or don’t get, who sings or does not sing your praises, whose heart you break or who breaks yours. It is the ability to know that in this moment you and you alone are responsible for taking care of yourself—and that includes reminding yourself of your worth. You don’t need anyone else for that.

Dignity lives in the present, unaltered by what was or what should be. The likes of Maya Angelou (“Be present in all things and thankful for all things”) along with so many others have imparted wise words on living in the present. To me, it is seemingly impossible to do that if ego keeps you and dignity eludes you. But my younger self wasn’t ready or open to start tackling this quite yet, and that’s OK. There is no rush to get to any revelation.

But when I did finally get there, I realized that the stronger my ego grew, the smaller I felt. I was scared to take up space because I wasn’t achieving like I had been or how I thought I should be. If I was unworthy of the space my physical body required to stand in a room, then how could I give my characters the right to take up any space at all? So finally, I tired myself out. Ego’s ball and chain slipped away as I chose to make decisions that would make me happy in this present moment. I spent so much time calculating for the perfect, unattainable future that I missed out on a few years of my life.

Now, for the most part, I rely on the bedrock that is my dignity. I now strive to make choices in the present by listening to myself—which can be hard, but the more you work at listening, the easier it gets.

In being in the present, I have found myself playing again. My characters are closer to fearless than fearful, because I am. The successes have come because of my choice to be happy in the present, not the other way around.