Spend Every Day on a Broadway Stage With This Survival Job 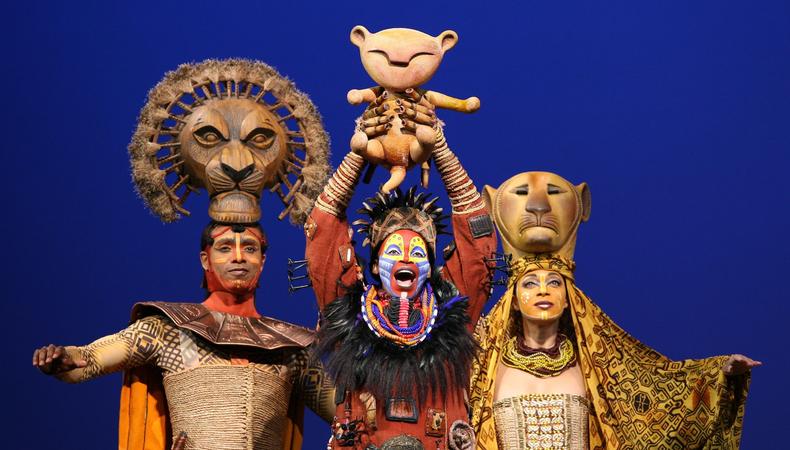 Swings make the world go round—both on- and offstage—and Kimberly Greenberg is living proof. The swing dresser, who has worked on several shows, including Broadway’s “The Lion King,” is also a working actor. She pinpoints how the two professions fuel one another and what it’s really like backstage during a show.

What is a swing dresser?
A swing dresser is somebody who comes in and fills in for another dresser who is sick, going on vacation, taking time off for one reason or another. It’s similar to being in the show and being an understudy or swing. A swing dresser comes in and learns what we call a “track,” which is the person’s job throughout the show. They move things from Point A to Point B backstage. You go in and you train and you get maybe one show to follow that person as they do the work for the entire show, and then you usually get one show where you do the track and the person whose track it is follows you, and then you do it alone on the third try.

READ: How to Become a Broadway Swing, Understudy, or Standby

So there’s choreography happening behind the scenes just like onstage?
That is absolutely correct. We like to say there’s probably more of a show happening backstage than there is onstage. With the movement of the set pieces and props and actors and dressers and everybody else behind the scenes, you have at least 100 people backstage working, and it’s all completely choreographed. It’s all timed. So for a dresser, you have cues, and you’re listening for a certain point in the music or line for when you go and you do your move because if you were to do it ahead of that time, you might get run over by a piece of scenery or you might be in the way of somebody else’s quick change.

Are swing dressers fully employed by a single show like actor swings?
It depends. When I was first starting out and I was a dresser on “The Lion King,” I was the internal swing, so I was full-time and I showed up to work every day, not knowing what track I was going to do. But most of the time, swings are not employed full-time and it’s sort of freelance. Most swings work for more than one show at a time because, obviously, if you’re doing it as an income job, you want to have enough work to keep you busy.

Dressers have a huge responsibility—do they have to establish trust with the actors?
When you’re on a show, you have to have an inherent trust of everybody that’s around you because constantly and consistently there are always swings, whether it’s a dresser or actor or stage management. You just trust that everybody is going to do the job as best they can. We all make mistakes now and then, but I think it’s a given that whatever you need to have happen is going to happen.

People often think of swings as entry-level positions, but in reality, it’s the most complex role.
Everyone is so focused on their sole job, but then you’ve got a swing who knows the ins and outs of everything happening around them. A swing or understudy in any facet of theater is the unsung hero. It’s definitely a specific skill set to be a swing, because you have to be a multitasker, you must have a facility for learning a lot of different things at once and keeping it all in your brain. You also have to be very adaptable because, even though a job is done a certain way, that doesn’t mean it’s going to happen that way that night. Somebody else around you might make a mistake, and you have to adapt.

As an actor as well as dresser, do you think dressing is a good side gig for actors?
It is. When I first started, there were some actors who were dressers, but they were more dressers than actors. I was very firm with all of my supervisors when I started working on Broadway that the acting wasn’t going to play second fiddle. It is definitely a great job in that you’re dressing shows at night and you have your days free for auditions. I think, too, you understand the needs of an actor, and that’s really helpful from a dresser standpoint. But there are a lot of other backstage jobs that are also awesome actor jobs. I think most of the time now, because of the world we live in, most people in shows and backstage do all the things—you have to. You don’t know when a show is going to close. There is such an inconsistency that you find that a lot of people now do all the things. It’s really respected and admired if you do a lot.

Does your acting background makes you a better dresser?
Yes. I’ve always done both things, and I think it’s just understanding the mentality of what a performer needs and also understanding what a performer’s responsibility is versus a dresser’s. The dresser is not the maid; the dresser is not there to pick up after you. There are certain mutual levels of respect that should happen between the actor and the dresser, and they complement each other. Like with any job, there’s a level of teaching that happens, whether it’s the actor teaching another actor or the dresser teaching the actor or even the actor teaching the dresser. It’s all so that we’re all working on the same page.

Casey Mink
Casey Mink is the senior staff writer at Backstage. When she's not writing about television, film, or theater, she is definitely somewhere watching it.
END_OF_DOCUMENT_TOKEN_TO_BE_REPLACED