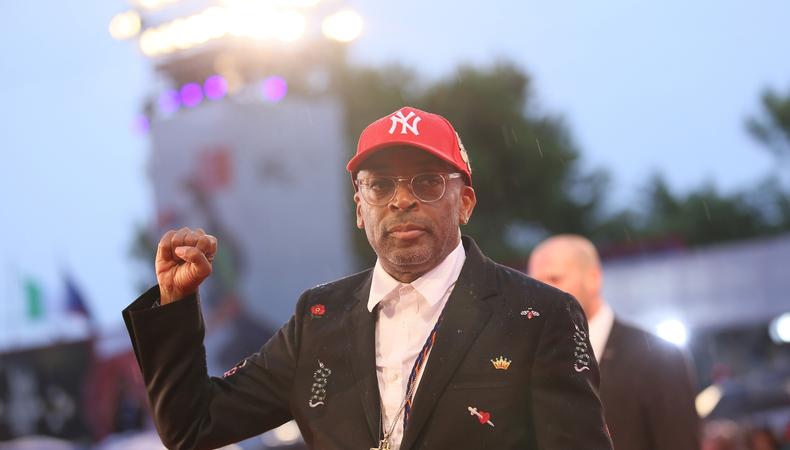 Acting is so much more than just perfecting your craft, although that’s certainly a huge part of it. But gleaning inspiration, learning from peers, and digging deep into different works is also really important. This week’s slate of events endeavors to touch all of those important areas and then some. Consider it your well-balanced acting diet of the week.

Take a tour of the theater that hosted the first Hollywood premiere ever.
One of the most special parts of Hollywood is undoubtedly its history, and few venues are as storied as the glorious Egyptian Theatre built in 1922 by Sid Grauman. Many of the screenings and special events we profile in our very own Intermission event series take place within its hallowed walls. On Dec. 8, you’ll have the rare opportunity to go behind the scenes at the Egyptian, get to know its past intimately, and see the little nooks and crannies usually off-limits to visitors. As an actor, you’ll be sure to appreciate those who have darkened its doors, particularly when it was still primarily home to stage shows. ($7–15)

Hear Spike Lee discuss directing “BlacKkKlansman.”
After touring the incredible Egyptian Theatre, come back later (Dec. 8) for the whole experience with a screening of the buzzed-about flick “BlacKkKlansman” starring John David Washington, Adam Driver, and Topher Grace. The film, based on a true story about a black cop who uses a fellow officer as a proxy to infiltrate the KKK in the turbulent 1970s, is a timely and compelling reminder that times really haven’t changed all that much. Afterward, stick around for a discussion with the legendary Lee covering how he created a stirring drama that maintains levity despite its focus on an ugly party of our history. (Free)

READ: John David Washington on the Valuable Lessons He Learned on the Set of Spike Lee’s 'BlacKkKlansman'

Discover how music enhances the world of “Green Book.”
Actors know that even though they may be the most obvious stars in movies, they’re actually sharing the spotlight with another more omniscient entity: the score. Music sets the scene for every genre and medium, creating worlds and soundscapes that help transport audiences. The new film “Green Book” centers around prolific pop-classical pianist Dr. Don Shirley (Mahershala Ali), so the score had to match the vibe, as well as enhance the dramatic Civil Rights issues the tackles. Head to the Grammy Museum on Dec. 6 as “Green Book” composer Kris Bowers goes inside the music of this incredible film and get to know the details of what it takes to truly set the scene. ($15)

Revisit “Will & Grace” and its recent reboot with Debra Messing.
This year might just have enough of them to forever be remembered as the year of the reboot. No remake, however, was quite as anticipated as the beloved sitcom “Will & Grace.” It was, of course, groundbreaking in its original incarnation, but its latest go-round proves that the winning formula of Will, Grace, Jack, and Karen still works. On Dec. 6, Messing stops by SAG Foundation for a screening of the iconic show—which has been renewed through its third season—and a Q&A with TV Guide’s Jim Halterman. Since reboots are all the rage, there’s a lot to learn from Messing about reprising a character a decade after seemingly hanging it up for good. (Free for union members)

Bone up on the physical side of acting.
Non-actors would probably be surprised to learn that the craft is way more physical than actors get credit for. Manifesting a character through the body is downright tough, especially when roles call for a little extra animation. Get the blood flowing with a physical-acting workshop on Dec. 9 at Studio A Dance. Featuring the “Lucid Body Exercise” called “Persona-Shadow,” the workshop’s goal is twofold: to bring a depth of self-awareness to the actor and a connection to their instrument, and to explore the value of Physical Acting Techniques in one’s acting process. Bring along a monologue and get ready to get physical. ($90)

Learn the ins and outs of film distribution.
Making films is one thing, but making sure that other people see them is a whole other science entirely. Not surprisingly, it hinges heavily on distribution, an important area for actors (as well as producers, directors, etc.) to be familiar with. Lucky for us in the L.A. community, the New Media Film Fest is presenting “The Distribution Experience,” an afternoon filled with pros talking about that very process. If you’ve got your own project you’re pitching, be sure to chat with reps from companies like the Orchard, Focus Features, Roadside Attractions, and more about what it takes to score that all-important distro deal. ($149)