How Stephanie Courtney (aka Progressive’s Flo) Got Started in Commercials 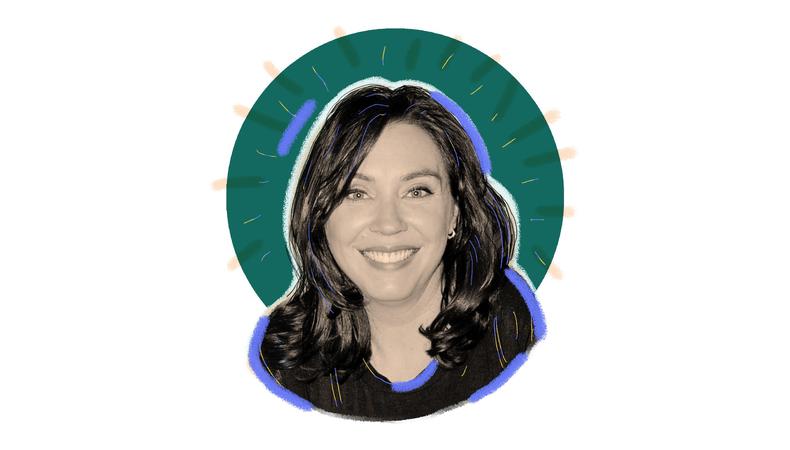 Perhaps the most recognizable commercial actor working today, Stephanie Courtney has become a familiar face portraying Flo, Progressive insurance’s peppy sales associate, since 2008. A theater actor and comedian by training—she studied at the Neighborhood Playhouse in New York and has been a company member and performer at the Groundlings for over a decade—Courtney founded her years-spanning commercials career after booking a Super Bowl spot in 1999.

How did you first start auditioning for and booking commercial work?
I was in New York, and I and auditioned for a ton of plays and got nowhere—until I did standup, and then I got a manager who said, “Come to L.A.” I was auditioning and doing standup in L.A., starting to do the Groundlings, too. My agent at the time said, “Why are you catering and killing yourself when you can book a commercial and that can be your acting scholarship?” She worked hard to get me a commercial agent. I booked a really good one early on and spent all that money in a month, then crawled back to all my survival jobs. I didn’t book a ton, but I booked enough to get health insurance and to keep me auditioning all the time. I would book just under one a year, enough to keep me driving all over the place but not enough to think that I was a commercial actor. I thought, If I’m booking more TV work than commercials, I’ll stop auditioning for commercials. But then I started booking. Around late 2007, I booked four, and one of them was Flo.

What was your most memorable survival job?
Catering and babysitting were my bread and butter. And then once I was in the Groundlings and I became a company member, we would teach. Before that, I delivered the Zone Diet. That was my first job that I had out here. I’d show up to someone’s door at 3 p.m. with someone’s breakfast, lunch, and dinner. I got fired pretty quickly because I did not know my way around. I had to pull over and look at the map. Another one was setting up huge cardboard Coppertone presentations in CVS. I would have to spritz people with Coppertone spray. I worked for a company called It’s No Problem, and you were a personal assistant for $10 an hour. You never knew where you would be sent. I had to organize filing cabinets for this family. One of the files was “lawsuit brought by the country of Jamaica.” [Laughs]

“Forgive yourself. I know it sounds crazy coming from someone who booked a commercial and [still has it] now 12 years later, [but] there’s no big missed opportunity, it’s continuous.”

What advice would you give your younger self?
Forgive yourself. I know it sounds crazy coming from someone who booked a commercial and [still has it] now 12 years later, [but] there’s no big missed opportunity, it’s continuous. If you have to do self-care, do that. There were days where I was like, “I quit acting for four hours today.” I would book a doctor’s appointment; I would take care of myself in that time. It’s OK if you have to stop sometimes. Don’t get demoralized. There’s always another day.

What is your worst audition horror story?
I call those the days that you’re ashamed to put “actor” on your tax return. I remember I did a commercial audition for Sylvan Learning. The line was, “Your son’s doing great,” and every time I said it, they said, “Can you please stop saying it like you’re making fun of the kid?” I guess I’d better stick to comedy, because I literally can’t say, “You’re doing great” without sounding like I’m being sarcastic. [Laughs] I’ve said this a bunch of times: If you audition a lot, that’s the best thing you can do. There are going to be crappy ones, and even worse, there’s going to be neutral ones. If you bomb, that’s a great story, at least, but there’s going to be a lot that felt OK. If you audition a ton, your average keeps going up. Keep auditioning until it’s just a thing that’s a part of your day and it’s not a thing that makes you jump out of your skin with excitement or nerves.

How do you typically prepare for a commercial audition?
I haven’t auditioned for commercials in a while, but in my day, you would show up and get your sides, and you would look at the storyboard and do your best. That’s where I excel. I like having not a lot of time to prepare—it’s the improv thing. How do I make this come to life my way? With commercials, you don’t even know what they’re looking for; it’s up to the clients behind the creative team. There’s a whole other layer of agenda on top of filming a scene. That takes the pressure off. I’ll just do it my way, and it’s great. For a regular acting job, I try as best as I can to memorize it. I did take an audition workshop with Robert D’Avanzo; he’s really great and worked on the technical aspect of, you’re walking into a cold room, how do you handle yourself? How do you handle yourself in the waiting room before that? It was very helpful to me, because I needed something to focus on [other than] my excitement and nerves.

What’s the wildest thing you ever did to get a role?
I always have this he’s-just-not-that-into-you thing about this business—I’m not going to bend over backward to try to get someone to love me. I can’t really change myself to impress someone. I’m totally fine throwing stuff away and being told “next”—that’s totally fine by me. But in order to do that, I don’t come in with this huge, preconceived thing. I think doing something wild to be seen—which, believe me, is another kind of bravery, which is amazing—that isn’t how I do it.

Tell us about your first day on a professional commercial set.
It was for Bud Light and it was for a Super Bowl spot. I had this car that was such a junker that it wouldn’t start. I basically screamed and prayed and kicked the tires until it started. I got there and the costume person had said, “Bring your sneakers, and that’s what we’ll use.” I thought it was a suggestion and not an order, so I showed up in different shoes. And she was like, “I can’t believe you.” It was so much fun. I was a complete support character. It’s a funny spot where these two guys are buying beer and toilet paper and she’s like, “You don’t have enough.” So they’re looking at the beer and toilet paper deciding and they take the beer and the tiny receipt out of her hand. I played the judgmental person waiting at the back of the line waiting for them to go. That was my first one, and it was a Super Bowl spot, so I made a bunch of money—and then I spent it. On rent, lots of sweaters, fur-lined Ugg boots I only use now for costumes, and paying off credit cards. That money goes fast. If you book a big commercial, that’s awesome; pay off whatever you need to pay off and act like you don’t have it.

How did you first get your Equity card? How about SAG-AFTRA?
That was a touring company called TheaterWorksUSA. You travel around for three months, doing children’s shows for schools. Our area was the American Southeast. We toured in a van and stayed [in motels] and woke up at 6 a.m. and set up at 7 a.m. and did [the show] twice, tore down the set, had lunch, drove to another state, and did that for three months. You’re working really hard, but you get your Equity card and health insurance and some money in your pocket. That was ’94. SAG, that came with my first commercial. I had done bit parts on cable things, but SAG didn’t come up until I booked [a] commercial.

What performance should every actor see and why?
My parents raised us on old movies a lot. I love “Witness for the Prosecution”—Charles Laughton made me laugh so hard. I remember seeing Meryl Streep in “Sophie’s Choice” and [thinking,] I didn’t know a human being was capable of doing all of this. I remember watching Jan Hooks on “Saturday Night Live,” Martin Short on anything. Jim Carrey on “In Living Color.” Also, Christina Applegate on “Dead to Me.” I went through the Groundlings with Liz Feldman, who created that show. I know Liz, I know her humor, but that show surprised me in such a great way.