6 Steps Toward Learning a New Accent 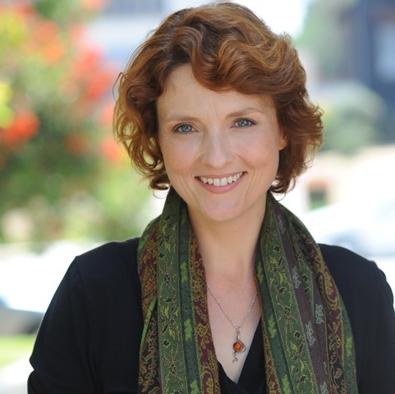 You’ve probably noticed that every day, more and more roles in film and television are requiring accents beyond the one that is referred to as General American. You know you want to be competitive in this arena, but don’t quite know how to get from sounding like an amateur to being able to sustain a convincing accent while giving an authentic performance. I suggest that by taking the following steps, you’ll be well on your way to accent success.

1. Start with you. The first thing you will need to do is to determine exactly which dialect(s) you’ll want to learn. Perhaps your agent keeps sending you in for roles for Chinese businessmen, or Serbian immigrants, or Saudi Arabian royalty. If there is a pattern you see emerging in the roles you are going out for, I advise you start your quest there. If you aren’t sure which accent will be the most marketable for you to acquire, find someone who is experienced with something called “dialect fitting,” which approaches accent acquisition as an extension of your overall actor branding package. They can help you determine exactly which version of which accents will best suit the majority of characters in your wheelhouse, which can save you time, money, and frustration.

2. Do some research. Once you know the exact accent you’d like to start with, hit the Internet to begin gathering video and audio samples of native speakers who use this accent. YouTube and Pinterest are great places to start this research, but you’ll find many other resources along the way. I suggest gathering around a dozen samples you think are in the ballpark and have them standing by.

3. Get an introduction. The next step is one that you can skip if funding your accent training is not something you are concerned with, but if you are on a tight budget, you may want to invest $25 or so on a quality accent lesson MP3 recording. While not every accent is available in the marketplace, more are arriving all of the time. Not all recorded lessons are created equal (buyers beware!), nor can an MP3 lesson take a beginner all the way to a performance quality accent, but nevertheless the right pre-recorded lessons can be a great jumping off point. Another way to gain an introduction to accents is to take a group course or intensive workshop with a qualified professional either on line or in person.

4. Become a polyglot. If the accent you wish to learn is influenced by a language outside of English, it can be very valuable to take some entry-level language training as well. As you are learning the vocabulary and grammar of the language, pay close attention to the pronunciation of the words. When people speak in a second language, they often do so while borrowing sounds from their first language. Learning the basics of the language that is influencing the dialect you wish to learn can exercise your articulatory anatomy, give you insight as to why the accent sounds the way it does, and give you the skills you’ll need if a director asks if you can throw in a few snippets of foreign language ad-libbing on set.

If you take the language all the way to fluency, that’s excellent, but even if you just get as far as being able to greet someone, ask the time, and order in a restaurant, you’ll be ahead of the game. If you are on a budget, keep in mind that learning a language doesn’t have to be particularly expensive. For instance, Duo Lingo is a fantastic free phone app that covers several languages. The Pimsleur company has comprehensive CD courses that run about $200 per level, but they also have “taster courses” that are under $50. Rosetta Stone offers great training as well, and has free introductory lessons in addition to frequent online specials.

5. Contact a qualified coach. You know which accent you are targeting, you’ve listened to (and repeated with!) your MP3 lessons daily started taking a few language lessons. Now’s the time to take your accent acquisition to the professional level and hire a private dialect coach.

To make the most of your lessons, be sure to discuss with your coach your reasons for choosing the accent you’ve chosen and let them know what steps you’ve taken so far in your learning process. You’ll also want to send them an MP3 recording of you speaking in your own daily accent, and a second one where you give your best shot at the accent you are endeavoring to learn. For this, you will want to use something called a “diagnostic passage,” which is a piece of text formulated to contain all of the sounds that occur in a particular spoken language. In English, the most famous of these are “The Rainbow Passage” and “Arthur the Rat,” but others such as “Comma Gets a Cure” and “The Moose Passage” are readily found via online search engines.

Simply find a quiet place and use your smartphone to record yourself reading aloud from one of the passages. Be sure to use the same passage when you record in your own accent as when you record your best attempt at the target accent. Send your coach those MP3 files along with a copy of your diagnostic passage and any accent samples you found online so that they can get a good feel for exactly where you are right now in the process and precisely where you wish to head. Starting your working relationship with your dialect coach in this way will help you reach your goal of acquiring a performance quality accent as efficiently as possible.

6. Budget your time (and your money). So far, I’ve shared with you the basic steps to take when embarking on learning an accent, but there is one last thing that is important to know: Learning an accent is not instantaneous. While there are plenty of advertisements on the Internet which boast that an actor can learn an accent in a few simple lessons, these types of advertisements are misleading and are typically put forth by accent hobbyists hoping to make extra money rather than by true professionals. Sure, in a few hours someone may be able to explain the characteristics of a particular accent and even demonstrate aspects of that accent for you, but you are an actor and as an actor you need to learn to actually perform the accent yourself. This takes both professional guidance and regular, targeted practice to achieve. So how long will it take to arrive at accent mastery? If you’re starting with a private dialect coach straight away, be sure to budget time and money for 12–14 hour-long sessions over the course of six-to-eight weeks, with plenty of daily practice on your own in between. If you are starting off with pre-recorded lessons first, it’s a little harder to predict the timing and budget, as it will depend on how many skills you were able to teach yourself, but typically actors can expect a 30–40 percent reduction in the time needed for private sessions if they are starting lessons with a professional dialect coach at an intermediate level.

Learning a performance quality accent may not be an instantaneous project, but knowing the steps to take and investing the time and energy to see the project through to the end can be very rewarding both creatively and for your acting career.

Pamela Vanderway
Pamela Vanderway is a 17-year veteran of the entertainment industry having worked as a professional dialect coach on a wide variety of theater, film, and television productions. Her actor clientele includes Oscar, Tony and Emmy winners. She is currently the president of Dialect Coaches Worldwide, Inc. whose mission is to provide a central location for finding reliable dialect information, as well as quality training and production support for directors, producers, actors, and coaches across the globe.
END_OF_DOCUMENT_TOKEN_TO_BE_REPLACED