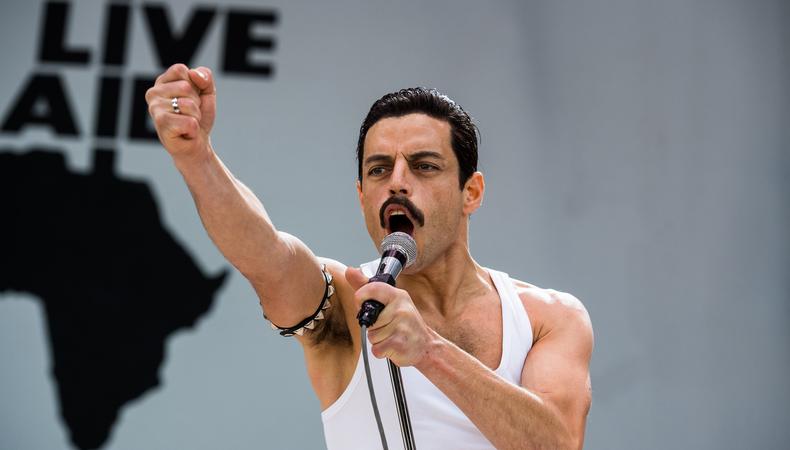 Happy Thanksgiving! This year, take some time to think about what you’re grateful for as an L.A. actor. Where are you now compared to where you were last year? What were the highlights? What makes you the most thankful? And when you’re done counting your blessings and eating all the turkey, work out all of that tryptophan with these four exciting events coming up this week.

Hear Rami Malek speak about transforming into Freddie Mercury.
In the season of already buzzed-about Oscar contenders, “Bohemian Rhapsody” has become a sleeper hit leading the pack. Lead by “Mr. Robot” star Rami Malek as the enigmatic Queen frontman Freddie Mercury, the film is a music-tinged whirlwind through the band’s career, culminating in their iconic 1985 performance at Live Aid. See the film at SAG on Nov. 26 and stay afterward for a special Q&A with Malek himself. Because the film has created quite a swirl of controversy surrounding everything from Malek’s prosthetic teeth to the involvement of Queen members as executive producers, this is one conversation not to be missed. (Free for union members)

Get to know NoHo’s star-studded past.
North Hollywood gets a bad rap sometimes, but it actually has a pretty fascinating history. Whether you’re a NoHo resident or just visit for the assortment of free acting workshops held there, get to know this special burg with a historic walking tour on Nov. 25. Join the Museum of the San Fernando Valley for neighborhood highlights including the NoHo Arts District and the So. Pacific Railroad Station built in 1896, not to mention the lore surrounding Amelia Earhart’s time in NoHo, and of course, the lives of actors past and present who have called this ‘hood home. ($10)

Relive your childhood nightmares with “Something Wicked This Way Comes.”
OK, Thanksgiving is this week, but some of us are having a really hard time accepting that Halloween is over. If that describes you, make sure you’re at the TCL Chinese Theatre in Hollywood on Nov. 27 for a special screening of “Something Wicked This Way Comes". It’s hard to believe that this dark fantasy film based on a 1962 novel by Ray Bradbury is celebrating its 35th birthday, but what better way to honor this cult classic than with a Q&A with animator Darrell Rooney, editor Axel Hubert, and actor Scott De Roy? It’s a night to be remembered with tales you won’t forget. ($12)

Discuss the issue of “problematic movies” with the film community.
In today’s entertainment industry, conversation and debate swirl around appropriation, especially retroactively with films and television shows made before we, as a public, got “woke.” Join the Secret Movie Club for what is sure to be an important discussion around these “Problematic Movies” on Nov. 24. On the hot seat are films under fire because of the filmmakers behind them, racist and/or sexist subject matter, newly discovered controversies, and more. Attendees are invited to add in their own two cents, but it’s emphasized that listening is compulsory, as this is a real chance to engage with your peers on this incredibly prescient topic. (Free)