“On the stage, [Freddie] could be exactly who he wanted to be. There’s something quite powerful about that, not really caring about people’s perceptions. To get out there and do what he did.”

There’s a scene in “Bohemian Rhapsody,” the musical film that tells the story of the British band Queen, where lead singer Freddie Mercury is asked whether he doubts his talent. Mercury laughs at the question before clarifying: No. When Rami Malek, unrecognizable in the film as the Queen frontman, is asked whether he’d answer the question any differently, he takes his time in offering a reply.

Best known for his Emmy-winning performance as paranoid Elliot Alderson on Sam Esmail’s hacker drama “Mr. Robot,” Malek is prone to this sort of pregnant pause. With his wide-eyed look, his characters are constantly thinking, mulling things over, calculating what exactly they’ll do and say next; Malek often does the same.

That talent for attentive listening and near-effortless sense of concentration has served him well as an actor. Whether in small indies like “Short Term 12” and “Buster’s Mal Heart” or big-budget projects like “The Pacific” and “Night at the Museum,” Malek’s characters offer themselves to the actor’s intensity. A day after seeing him nail Mercury’s lithe, near-frantic fabulousness onstage (often in little more than a tank top), his quiet stillness feels revelatory. 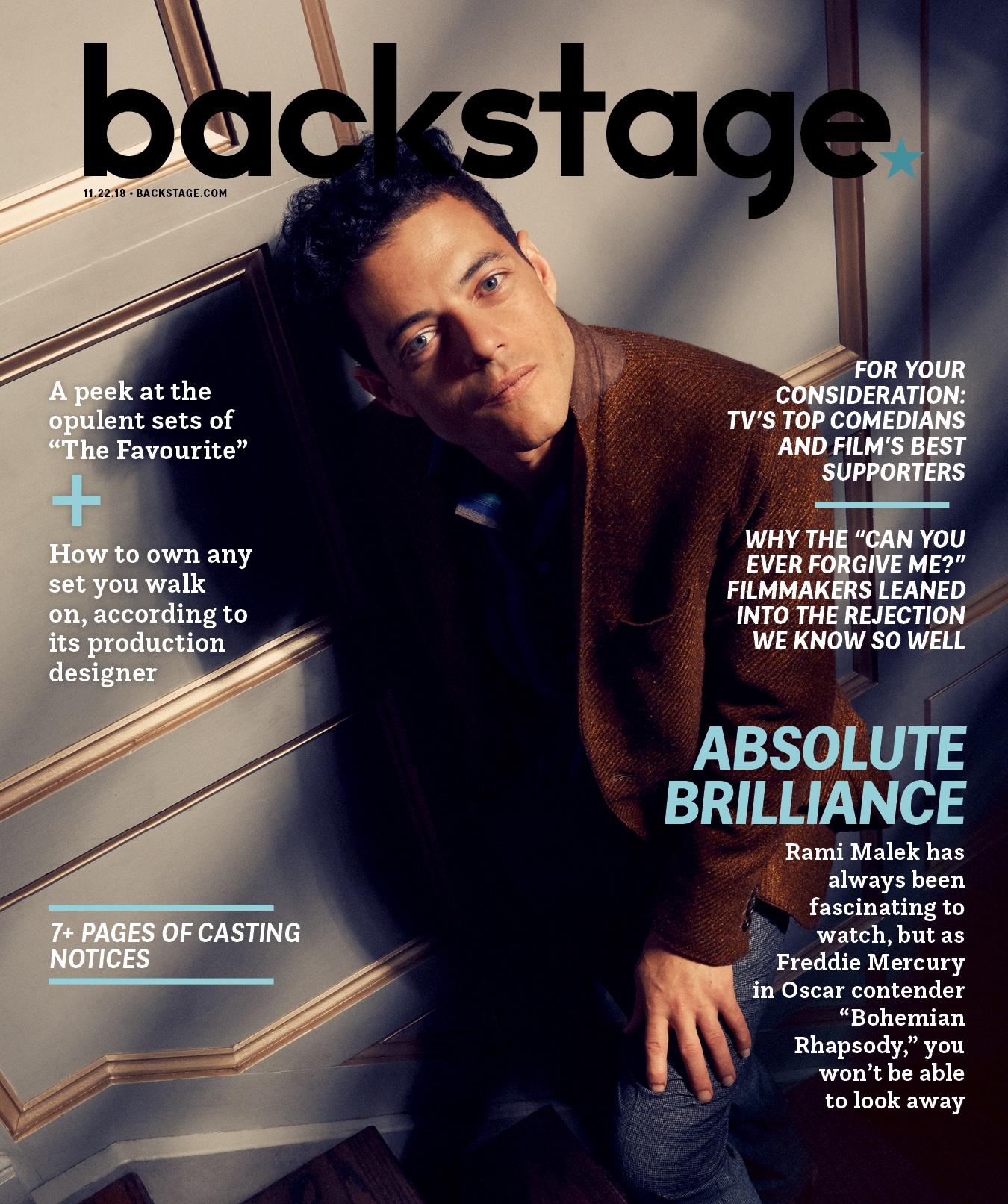 “Do I ever doubt my talent?” he asks himself, as if the answer might be any different when posed self-reflexively. “I would say I question it rather than doubt it.” Unprompted, he elaborates: “I think we find our strong suits; we know what we can do. A lot of actors know what’s in their wheelhouse, and to get out of that, that’s when you start to question your talent: Can I do that? Is what I have going on enough to get me through that role?”

The distinction for Malek stems from the way in which questioning one’s talent can be a driving force—a much more productive force than the crippling sense of self-pity that sometimes follows doubting what you can do. “If you start at a place and say, ‘I have certain skills that allow me to work in this profession,’ and give yourself a little boost of confidence, then you can operate from that perspective of pushing yourself to know what more you’re capable of. I always want to know what I’m capable of. I want to reach out as far as I can. That’s obviously probably why I took this role.”

Tracking the rise of the world-famous band from grimy gigs in London suburbs to giant U.S. arenas, “Bohemian Rhapsody” is also a character study of Freddie Mercury himself. He remains such an outsize icon, known as much for his operatic vocal range as his outrageous concerts, that Malek knew the chance to play him would be fraught with obstacles. But the Los Angeles–born actor also knew that the only way to stay afloat and move forward in this business is to never rest on one’s laurels.

The chance to even audition for “Bohemian Rhapsody” was worth cherishing. “The years of trying to cultivate a career that allows you to even be considered for something like this, that’s a long road.” That road included bit parts on shows like “Gilmore Girls” and a slew of roles that play up his Egyptian heritage (Pharaoh Ahkmenrah in the “Night at the Museum” films and vampire Benjamin of the Egyptian coven in “Breaking Dawn Part 2”). “To be an actor is a dream job if you can get it. But so much of this business is rejection and hearing the word ‘No.’ It comes a time when someone gives you a big yes—that’s an accomplishment in and of itself.” 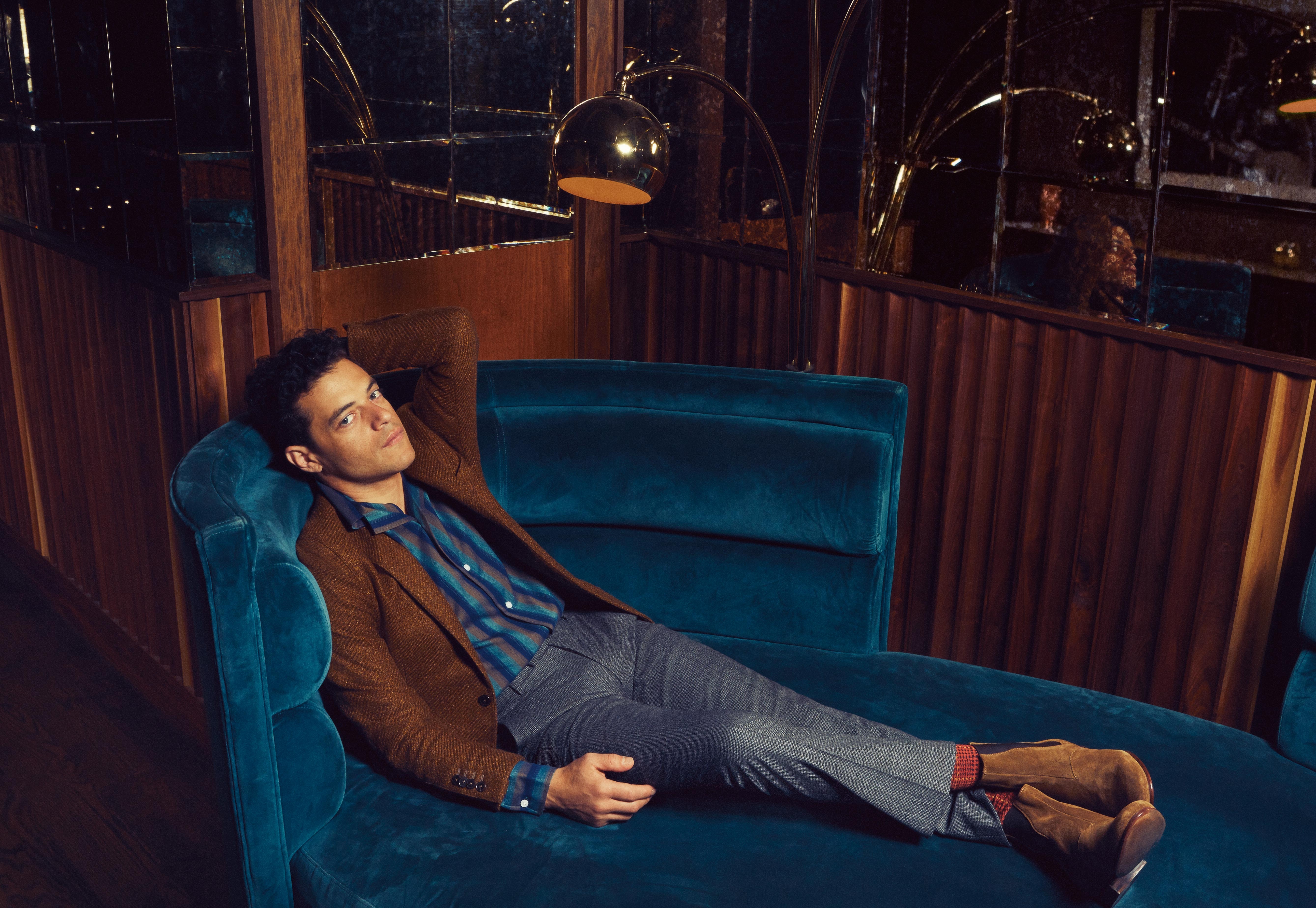 But auditioning was only the beginning of a long road with this project. “I don’t think you could set out to do anything more challenging, not only because of who he was but because of what he means to so many,” Malek says. “I looked at it like, it has been so difficult to get just to where I am now, why would I stop challenging myself with this role I really wanted? The goal is to get to the point where opportunities like these exist. So if this is what I’ve put so much into in my life, why not keep going in that direction?”

Such fearlessness dates to when Malek first discovered he had a knack for transformation. Like many other actors, he credits his interest in performing to an educator who saw something in him and nurtured his potential. While he was doing debate in high school, a teacher recognized that the young debater was better suited to dramatic interpretation. He handed Malek the play “Zooman and the Sign” by Charles Fuller. “It was a one-man play, and I fell for it. I read it and then instantly felt like I could transform into this human being. That was a very potent and poignant moment for me, when you feel that for the first time.”

The thrill of embodying another person is what has guided Malek ever since. Armed with prosthetics that gave him Mercury’s signature buck teeth (the Tanzania-born singer had four extra teeth on his upper jaw), a slew of wigs that showcase just how unfortunate ’70s and ’80s male hairstyles were, and body-hugging costumes that leave little to the imagination, Malek truly disappears into the role.

Lest one think he did this all on his own, Malek is quick to credit the entire cast and crew of the film. “The thing that I love about film is that everyone is calibrating with such precision, collectively, every moment of the day. Every nuance—from a focus puller or an actor or a camera operator or a makeup artist or a costume designer—has to work cohesively for things to actually operate at their highest level. And to create great art. That’s what we were very fortunate to do on this film.” That also included his cast mates: “Downton Abbey” star Allen Leech, Tony nominee Tom Hollander, and even funnyman Mike Myers.

Beyond looking like the Queen singer, Malek had to find a way to inhabit the tireless frontman without reducing the work to mere mimicry. “I was very conscious not to mimic. For that, just go watch a documentary, I thought. I wanted to get as close to him as I could, but there’s only one Freddie Mercury and I’m aware that I wanted to capture the essence of him and get as close to capturing as many elements of him as I could without doing a caricature version.” That was made doubly difficult by the fact that Mercury was, aptly, a mercurial construct himself.

Born Farrokh Bulsara, Mercury’s entire persona was carefully molded on- and offstage. And while many now associate him with queer flamboyance incarnate (one need only think of him in full drag in the video for “I Want to Break Free,” re-created in the movie), “Bohemian Rhapsody” rightly digs into the years when the singer struggled with his sexuality and a time when he pursued a relationship with a close female friend while denying the urges that drew him to truck stops and the lustful gazes of men around him. 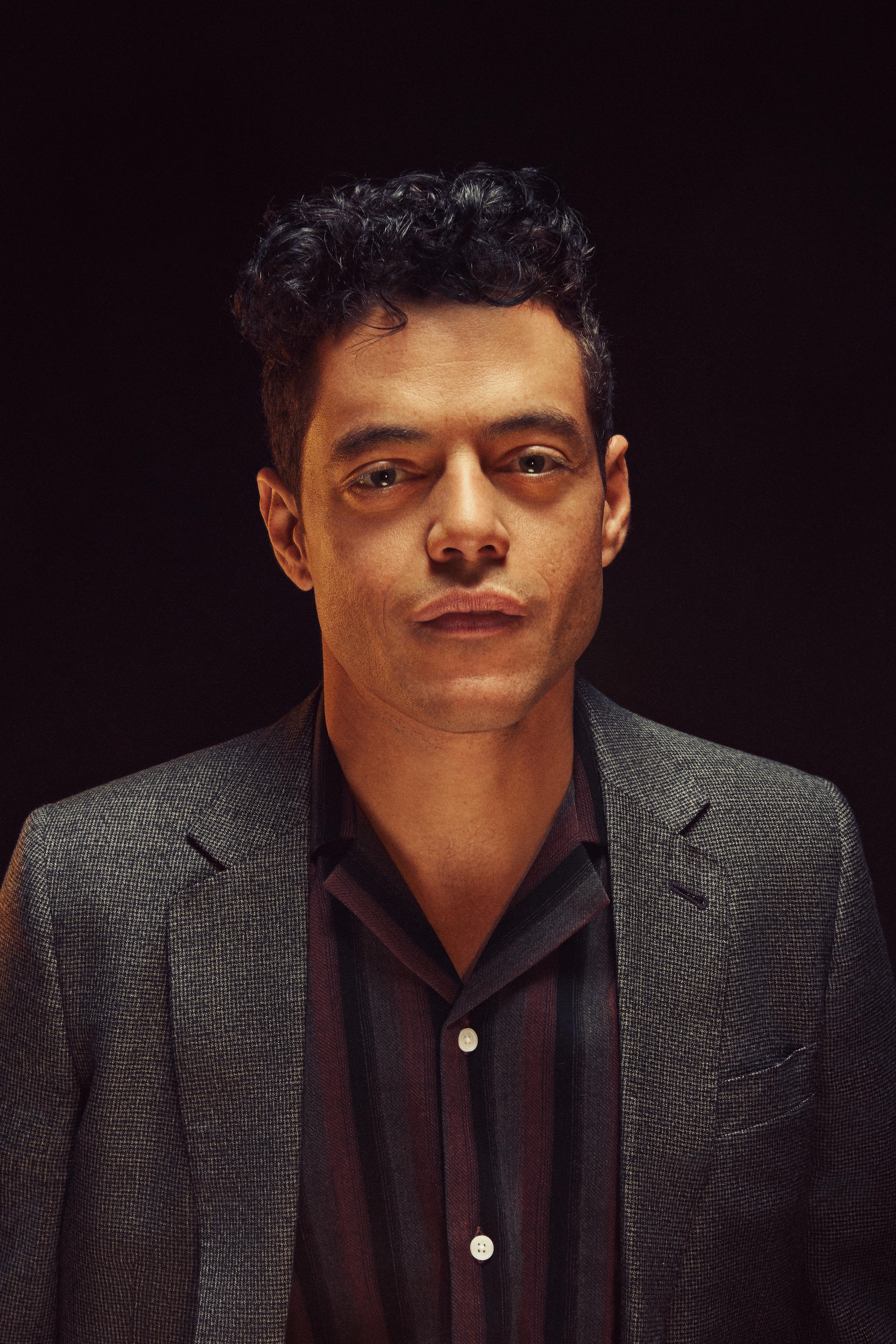 In just over two hours, the film tracks a troubled performer, one who sees the moments he’s onstage as liberating. “He was the embodiment of being private, of owning himself—eventually, after a complicated struggle and search for his identity,” Malek shares. “But on the stage, he could be exactly who he wanted to be. There’s something quite powerful about that, not really caring about people’s perceptions. To get out there and do what he did. There’s a guy who gives zero fucks.”

And that’s exactly how many fucks Malek had to give to portray those moments, which make up the bulk of the film: The final sequence alone all but re-creates in its entirety the 21-minute set Queen played at the 1985 Live Aid benefit concert at Wembley Stadium in London.

“At first, there was real trepidation about how to enter those concert scenes,” the actor admits. “I’ve never done that before. I’ve done theater, and that gives you a glimpse of what it’s like to be out onstage. But in tight leather pants? Nothing above the waist but a necktie? Prancing out onstage and then hoping to achieve moments that I had seen Freddie make of absolute brilliance? That was something that I thought would be daunting.”

By the end of the shoot, though, those became his favorite moments on set. They embodied precisely what drew him to the part in the first place: the chance to become Mercury at his most elemental. Onstage, after all, he had no time to question, let alone doubt, his talent.

Photographed by Emily Assiran on September 12 at The VYNL in NYC;  Grooming by Cheri Keating