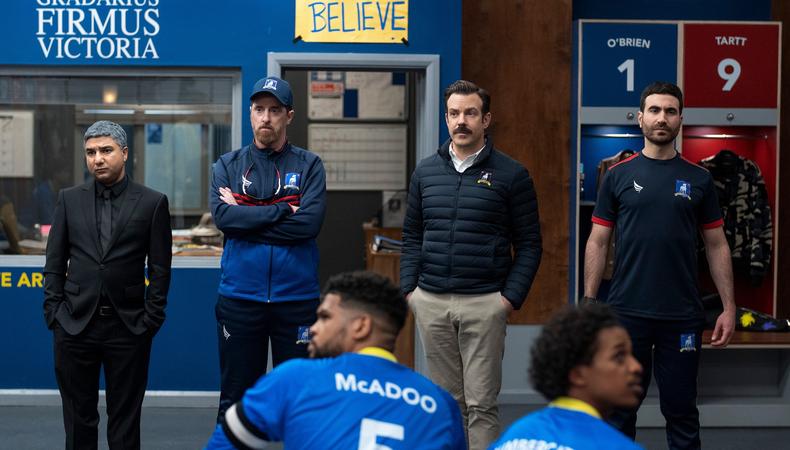 “Ted Lasso” definitely has made its mark in the television/comedy industry. According to Apple, it won 7 Emmy Awards in 2021, including the prestigious Outstanding Comedy Series. Created by “Saturday Night Live” alum Jason Sudeikis, the show is filled with dad jokes, quick, witty remarks, as well as comforting, feel-good moments—making it a delicious form of entertainment. Along with its exceptional writing is the series’ all-star cast, including Sudeikis as the lovable football-turned-soccer coach, Ted Lasso. So, if you’re dying to be part of a hilarious show like this Apple+ original, we’ve got you covered. While “Ted Lasso” isn’t currently casting, here are a few gigs that remind us of the hit series.

This feature film is looking to fill a variety of roles for a table read. This upcoming comedy follows a man who attends his twenty-year high school reunion only to find himself mistaken for the most successful man at the wrong class gathering. They are seeking to cast a variety of roles of all genders, aged 18–43. Production also wants male talent, aged 55–75. The table read will take place over Zoom on April 12 at 7:00 pm EST and shoots in the late Summer. This is an unpaid project.

New York City’s Pratt Institute is searching for actors for a new student-directed short film. They are looking for male talent, aged 45–65 to play Leo, their main character, a palm reader who finds himself hassled by a group of college boys. Production is also looking for male talent, aged 18–28, to play the group of college boys. The project is unpaid and shoots in mid-April in NYC.

San Diego State University Film Program is seeking talent. “A Lady's Man” is a comedic short film about a girl who goes to great lengths to get out of the friendzone. They are looking for actors of all genders, aged 18—25. The project shoots April 22–24 near the San Diego State University campus. Rehearsal dates before shooting are flexible. All roles for this film are unpaid.

Casting is underway for “All Together Tavern,” a comedy about people coming together in one place, from all walks of life. They are looking for female talent, aged 20–30, and male talent, aged 18 and older. Shoot dates are TBD but filming will take place in Berkshire, UK. All roles for this film are currently unpaid.

This coming-of-age dark comedy is currently casting. After being voted Ms. Perfect for picture day, 14-year old Camille's facade of perfection begins to break—along with her relationship with her mom, her best friend, and herself. Production wants female talent, aged 13–20 and 25–45, to fill a variety of characters—including a lead role. Rehearsals will be in San Francisco Bay Area. Shooting is TBD but will most likely be in Northern California during Memorial Day Weekend. This project pays $100 per rehearsal and $211 per shoot day.

The critically-acclaimed TV series from Amazon, “The Marvelous Mrs. Maisel,” is casting. Production currently wants background talent of any gender, aged 18 and older. Filming will take place in February in the New York City area. COVID testing and costume fittings in Brooklyn, New York are required. Pay is between $182–$210 per 8–12 hours plus a COVID test stipend.