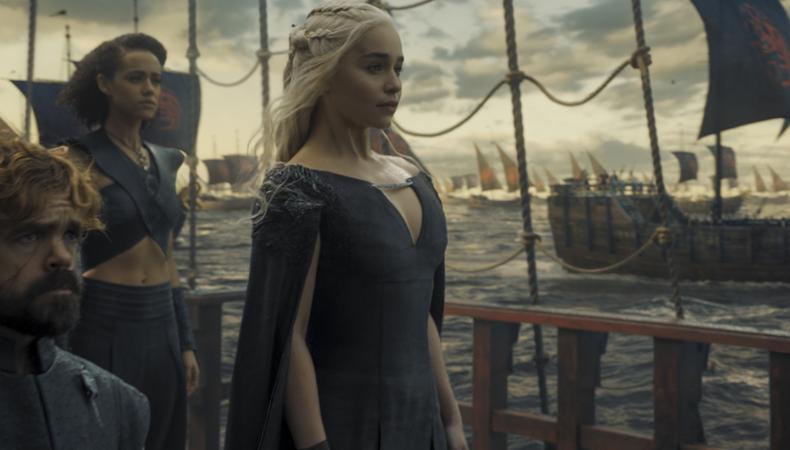 Did you know it’s possible to fall in love with a television network? Of course you did—you watch HBO. HBO greenlights the kinds of series, miniseries, and TV movies audiences can’t help but watch ravenously and with rapt attention. The sheer talent involved is overwhelming.

We’re counting down the signs and symptoms of a disease that afflicts millions of TV watchers: HBO addiction. Side effects may include the following...

HBO Go is bookmarked as your Internet homepage. Awkward.

Nudity on your TV screen doesn’t even faze you anymore. In fact, when you watch shows on other networks, you find yourself wondering why no one is naked.

When a new episode of your favorite HBO show has aired—but you haven’t seen it yet—you experience the following symptoms: anxiety, impatience, grumpiness, and an inability to focus on everyday responsibilities...

...And when somebody spoils that episode for you, you might go absolutely ballistic.

READ: How to Get Cast on ‘Game of Thrones’

You know more about President Selina Meyer’s political prospects than the current state of our nation.

You know every thought that Carrie “couldn’t help but wonder” (and often find yourself wondering them, too), and what Charlotte screamed at Mr. Big to make her water break, and exactly what the “Sex and the City” girls are looking at in this gif:

You’re aware movie theaters exist, but given the extensive list of films available at your fingertips, why not just make popcorn at home? It’s your Home Box Office, after all.

That sound of static and then the chorus of voices that precedes the very beginning of every HBO show triggers a Pavlovian response: You immediately settle in, get comfy, and breathe a sigh of relief knowing you’re about to experience some premium entertainment.

And, of course, the most telltale sign of all: You’re a “Game of Thrones” superfan. Your obsession with Jon Snow borders on creepy. You wish you owned a dragon. You go to bed reciting Arya’s kill list. And while you may have conflicting feelings about Queen Cersei...you can’t wait to see what she does next.

Jack Smart
Jack Smart is the awards editor at Backstage, where he covers all things Emmy, SAG, Oscar, and Tony Awards. He also produces and hosts Backstage’s awards podcast “In the Envelope” and has interviewed some of the biggest stars of stage and screen.
END_OF_DOCUMENT_TOKEN_TO_BE_REPLACED