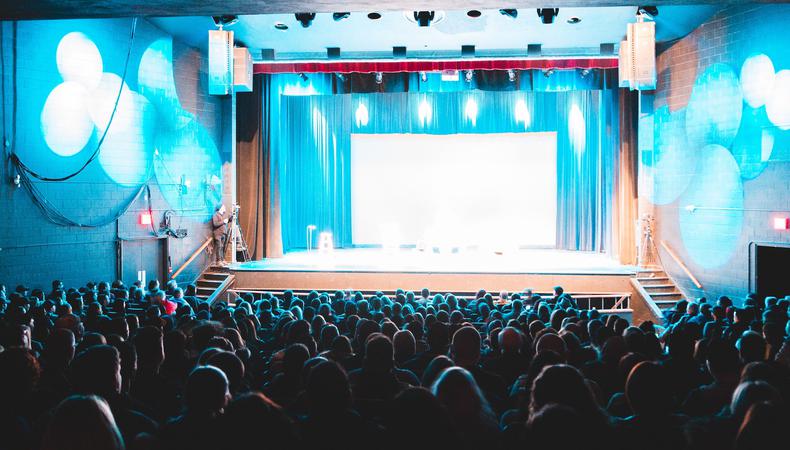 New York City’s Flea Theater is currently in the midst of a very public conflict with members of its acting company. This past summer, following a public outcry, the Flea promised to start paying what are known as the Bats—non-union actors who often performed at the theater for free. But following six months of tense negotiations, the theater announced that it will be discontinuing the Bats, along with its writers and directors program, effectively severing ties with over 120 artists.

According to the Flea’s artistic director Niegel Smith, the decision to dismantle the Bats, the resident director program, and the writer program was to give the theater an opportunity to reimagine entities that had been accused of causing harm to its artists. “It was clear that the program should end so that something better could be made in its place,” he told Backstage.

The old program will be discontinued, effective Dec. 15, though information about the Bats has already been scrubbed from the Flea’s website. The new resident artist program, Smith said, would pay a small group of artists for acting and for their input in artistic programming. Former resident artists will be invited to apply for it.

In response, the resident artists of the Flea have teamed up for a very public social media campaign decrying the theater’s decision.

“We spent six long months on negotiation, organization, and leadership, spearheaded largely by Black artists, in an effort to sustain the institution and effectively transform it into the equitable establishment it was always meant to be,” the coalition said in a statement. “The Board has dismissed its unpaid Artists, in seeming retaliation for these attempts to organize.”

The artists then demanded that the Flea leadership “hand over the keys to our Black & Brown Artists. Stop defending yourselves and putting your own ambitions first. If you care about equity and anti-racism, take a step back.” The artists are now calling themselves the Fled Theater.

Concurrent with the Fled’s activism, there has been a parody Flea Theater account on Twitter and Instagram from an anonymous user, which has been posting testimonials of abuse and exploitation at the theater.

One testimonial, from Julia Anrather, talked about the Flea’s 2014 production of “The Mysteries,” which had a five-hour run-time and in which Anrather “sang in the chorus, played violin, and served as ’music captain,’ all for free.” Also per Anrather, the director of that production, Ed Sylvanus Iskandar, told her that her performance was like “a pig born with its own head stuck up its ass trying to excrete itself to being stillborn.”

“My issue isn’t [with] this director, who clearly needed, and I hope found, healing,” said Anrather on Twitter. “My issue is that no one at the theater addressed this public note with me, nor any of the much-worse treatment of my castmates. Abusers need enablers.”

But how did this happen? And what does it say about the state of the industry at large, during a moment when theater is shut down but having a real reckoning with race, equity, and exploitation?

As actor Ure Egbuho said, “People in power using their power to coerce artists into doing exactly what they want them to do [has] been around for a while. So this is not just in our theater.”

A History of the Flea
The Flea Theater was founded in 1996 in a small storefront in Tribeca by a group of artists, including founding artistic director Jim Simpson and Sigourney Weaver. Its mission statement includes the phrase, “a joyful hell in a small space.” Since then, the Off-Off Broadway theater has won two Obie Awards and a Drama Desk Award.

One of the main programs of the Flea has been the Bats, its team of resident actors who appear in all of its shows. But unlike the professional directors and designers hired for the theater’s productions, the Bats are not paid for their work, and cannot get points with Actors’ Equity Association (which go towards their eventual joining the union) for their work in Flea shows.

The Bats were also expected to put in volunteer hours doing administrative, and sometimes janitorial, work at the theater in order to maintain their membership.

“You knew that you were walking into a space where you were not going to be paid,” said actor Brian Pollock. “You were walking through a space where what they were offering was payment for exposure, and payment through networking. And those are very problematic statements. But that being said, we did get our network; we got our community.”

Over the years, the Flea faced increased scrutiny for not paying the Bats, especially when it moved from its small theater to a three-level, custom-designed, $25-million theater in 2017. When Smith came in to lead the theater in 2015, one of his goals was to finally pay the Bats. The actors started to receive a small stipend for tech week; it started off as $35 and it grew to, most recently, $375.

But for many, progress was too slow, and it came to a head this past June. As protests around racial justice were happening around the country, the Flea posted a statement standing in solidarity with Black Lives Matter. Former Bats member Bryn Carter posted a public statement that said, in part, “By not paying your actors, the diversity in your company suffers because the people who can actually be around and invest are privileged. Many actors of color have not felt welcome or safe in your doors.”

The current Bats at the Flea then voiced their support for Carter’s statement, after which the Flea committed to paying its artists and reevaluating how it can truly be an anti-racist institution.

What happened?
For the past six months, a group of around 84 resident artists have been in communication with the Flea’s board to figure out a way forward. The resident artists were led by a Resident Artists Council (RAC) and the Black Artists Collective (BAC), which advocated for the labor and racial justice concerns of the group. The artists came up with a list of 10 demands, which included “a healing process, organizational transparency, pay, and diverse artist representation in decision-making.”

The sources who spoke for the story said that even though a third-party mediator was hired, talks quickly broke down. “We [the artists] would organize, figure out what we were asking for, push for it,” said Pollock, who was part of the RAC. “The plan was to work together and find how to actually solve those demands and put them into place, but we never got there.”

Said Smith: “There was never an opportunity in the process that we had for actual naming of harm, acknowledgement and accountability, and repair.” He added: “There’s a distance and we haven’t actually gotten a chance to work together.”

The sticking point came in the fall, when the artists included an eleventh demand to their list: the departure of producing director Carol Ostrow, who oversaw the budget and fundraising for the Flea (she had been with the theater for over a decade). According to Carter’s letter, Ostrow once told a female actor to lose weight and would regularly ask Bats members to be waiters at her private parties.

“We needed it to be a safer space, and it wasn’t going to happen with her,” said Pollack.

The Flea balked at that request, which stymied talks for a month. And then in November, Ostrow announced she was retiring from the theater.

Because of the vacuum that created, said Smith, the remaining staff and board members were “scrambling to try to figure out the state of the institution.” During that time, Smith admitted the board wasn’t as communicative with the artists as it should have been. And, like all theaters, the Flea was responding to the pandemic: It had to furlough 11 members of its staff.

On the artists’ side, from the time that Ostrow resigned, there was no substantive communication from the theater until they told the artists that their program was being discontinued.

For actor Yvonne Pruitt, a member of BAC, the news was a shock, especially because the artists had not asked to become full-time paid staff members; they wanted to be paid for contract work at the Flea. “There are people who have put their lives on hold in our collective to do this work, and to make a Flea that was better for all of us,” Pruitt said. “That was just a slap in the face [to] all the work that had been done.”

Smith admits the Flea’s board made a mistake in notifying the artists in the abrupt way that it did. “In retrospect, it should have been all the artists on Zoom where people could ask questions,” he said. But he stood by the theater’s decision to dismantle the programs.

He believes a program that allows fewer artists to have more substantive opportunities at the theater will be more beneficial. “We shouldn’t have a stable of folks just sitting around hoping and waiting,” Smith said. “It should be a place where you come into the company, you get opportunities. You get to work and do things. If only less than a quarter of the company’s doing readings and workshops and stuff, it’s just not appropriate.”

What’s next?
On Dec. 8, former artistic director Simpson and Weaver (they’re married) released a statement supporting the artists in their efforts to take over the Flea. “Remember the theater and the funding the Flea enjoys were built by the sweat equity and the volunteer contributions of hundreds of young people like the company you have summarily dismissed,” they said in a statement to New York Magazine. “Give them the keys.”

Sources on both the Flea and the artists’ side have expressed skepticism that mutual understanding can be reached at this point, due to the miscommunication and bad blood that has arisen.

For Smith, he hopes that because he now has control of the Flea’s finances, it can finally enable him to create the organization he had dreamt of when he took the job. “I did not have the power of the budget or of institutional direction,” he said. “My job was to program, with approval.” He says that he supports the artists speaking up publicly and that he still wants to broker some kind of partnership with the Fled.

As for the artists of the Fled, they are similarly uncertain about the future. But they’re determined to keep pushing, in large part so that other artists can realize the industry adage of “paying your dues” should not include exploitation and abuse.

“We had been conditioned to think that actors don’t get paid, or we’re just expendable, or we’re not the artists—we don’t create,” said Egbuho, who’s a member of both the RAC and BAC. “And so this has been empowering.”

Said Pruitt: “As a Black artist, it is hard to stand up for yourself in an industry that is already not fully made for you.” She then added: “A lot of us are doing this for the betterment of other artists that come after us.”

Similarly, Carter, whose original letter sparked this reckoning, is looking towards the future. “It is intense to think my letter was the catalyst to all of this, to so many artists losing the place where they invested so much,” she said. “But I think it was necessary and left the Flea with nowhere to hide. Their ugly is on full display and whatever the outcome at the Flea, I hope this all helps keep more New York City artists safe.”