5 Things to Know Before Stepping on a TV Set 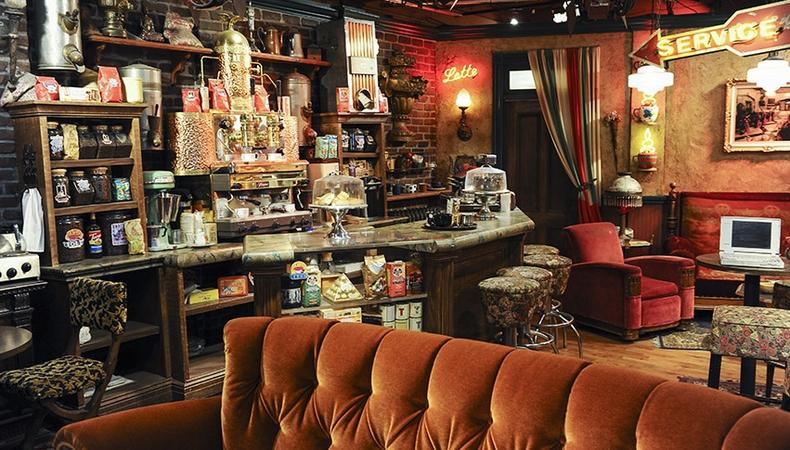 A TV set is full of traps for actors. If you don’t have your wits about you and know what you’re getting into, it’s easy to let it get in the way of your work. But with a little research and a deeper understanding of how it all works, you can make any TV set your home. Here are five things that you need to know before you step on a TV set.

1. “Cut! Moving on!”
A TV set can move fast. Budgets, daylight, the lead actor’s contract that states he be shot out by 2 p.m. every day, etc., are all reasons they need to get their shots quickly. No one has time for you to not know your lines or need five takes to warm up. You better show up ready to rock even though you may not have had a rehearsal. So TV acting assumes you’re working on your craft before you show up to set so you’re limbered up and ready to go. Oddly, the speed that a TV set moves is also the reason why you may wait in your trailer for five hours. Because they need to make sure that you’re all ready to go as soon as they need you, they may call you to set early just to have you there. Either way, you have to be ready at a moment’s notice to knock it out of the park first time.

Everything You Need to Know About Becoming a TV Actor

2. Show pace.
Sure, the set moves fast, but often the dialogue does as well. To fit the confines of the medium, each show has to fit within 44–52 minutes for an hour-long show or 22 minutes for a half-hour. To pack as much show in, there often isn’t time for long, dramatic pauses for thought or transitions. And if you do include them in your work, the editor will likely cut to the other actor. That doesn’t necessarily mean you need to speak quickly. Pace does not equal speed. If your intention is clear and your moments full, it will be harder for an editor to cut away from you. But you have to understand that your job is to move the story forward. So get to the point and move at the pace of the show.

3. Be a size queen.
You have to have a sense of what the camera operator is seeing so you know the frame in which you’re working. Before you get to set, you need to know about the camera, its angles, lenses, etc. You should know how close or far each lens size will put you in the frame. A cowgirl, medium shot, close-up, extreme close-up, etc. They all inform your performance. So feel free to ask the camera operator where she’s got you in the frame. Ask her what size the lens is. Operators often love talking about their camera.

4. No direction is good direction.
A TV director is busy. Every department on set needs her time and input, she’s desperately trying to satisfy the creative vision of the writers and creative producers while not losing her own, and she’s one temperamental lead actor away from not being asked back to direct another show. She’s up earlier than you and going to bed later than you, trying to finish the day before the whole set goes into overtime. And she’s always aware that lurking around every corner is a potential creative or technical snafu waiting to throw the set into disarray. So, if after your scene or after a couple takes she doesn’t redirect you or tell you that you did a great job, don’t sweat it. Rest assured that if you weren’t giving her what she needed, she would tell you. In a professional setting, personal validation is not a reasonable expectation. They expect that you’re going to know your lines, have a clear point of view, be ready to go, and deliver. When you do, they move on. If you get a chatty director who wants to work with you, great. If not, it’s not an indictment of your work. She’s just busy.

5. Let go.
Working in television is the art of doing the best you can under the circumstances. You prepare as much as you can but the nature of collaborating with 130 artists and technicians on set, on a fixed budget, with time constraints, and at the mercy of a myriad of elements that are beyond anyone’s control, means that you have to roll with the punches. And at the end of the day, driving home from set or lying awake in bed that night replaying every moment, every word in your mind, considering ways you could have done it better or said it differently...you’re going to have to shut your head off. You’re going to have to be kind to yourself. You did the best you could. In order to show up on set the next day present and open to reveal your talent, you’re going to have to let yesterday go.

A TV set involves a multitude of moving parts all woven together by complex social dynamics and, more often than not, a desire to do good work. With so much going on, an actor can get lost, distracted, pulled away from her work. Training, understanding, and focus will let you bring the totality of your talent to your work on a TV set. That’s what lets you stand out. That’s what makes them want to work with you again.

*This post was originally published on Aug. 10, 2017. It has since been updated.

Risa Bramon Garcia
For the past 40 years, Risa has worked as a director, producer, casting director, and teacher. Having directed two features—including “200 Cigarettes”—she has also directed for TV and dozens of plays in New York and Los Angeles. Her casting résumé includes more than 80 feature films and shows, and includes “Desperately Seeking Susan,” “Fatal Attraction,” “JFK,” “The Joy Luck Club,” “The Affair,” “Masters of Sex,” and the original “Roseanne.” She is a founding partner of The BGB Studio, known for revolutionary acting training.
END_OF_DOCUMENT_TOKEN_TO_BE_REPLACED

Steve Braun
Steve Braun is an acting coach, teacher, and communication consultant, drawing on years of acting, Buddhist practice, and martial arts training to help his clients discover and express their unique emotional truth. When he pursued an acting career, he starred in movies, was a series regular many times, and guest starred on numerous TV shows. He is a founding partner of The BGB Studio, known for revolutionary acting training.
END_OF_DOCUMENT_TOKEN_TO_BE_REPLACED