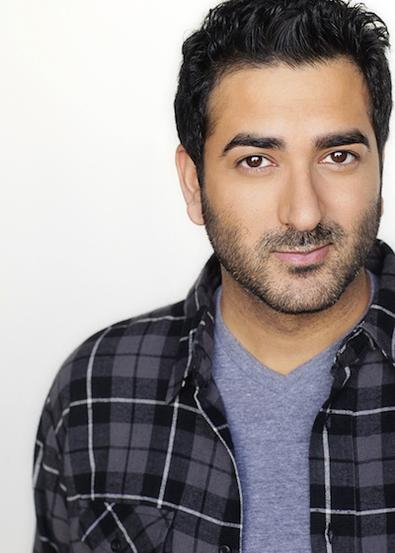 Since moving to Los Angeles in 2007, Shaan Sharma has been working as a professional actor and casting session director, session directing and camera operating for some of the biggest commercial CDs in the city, including Joe Blake, Cathi Carlton, and others.

“When I’m a session director, I’m in charge of two different things,” Sharma says. “I’m being paid by the studio to actually run the camera, the software on the computer, record the auditions, build the webpage…But then I’m being paid by the casting director to direct the session, which means I’m hired for directing the actors, telling them what to do, give them notes so we can get the performance that we need.”

And in addition to running casting sessions for seven years, Sharma’s been teaching a commercial workshop for three at Act Now! in Sherman Oaks. When his students wanted to continue studying with him, Sharma started an on-camera acting class as well.

With his wealth of knowledge (from running casting sessions as well as acting on shows including “Scandal” and TBS’ “Ground Floor”), Sharma wrote, “A Session Director’s Guide to Commercial Acting in L.A.,” currently available on iTunes, and for Amazon Kindle, Barnes and Noble’s Nook, and Kobo.

Here, Sharma shares some of his commercial casting knowledge with Backstage.

On the differences between commercial and theatrical casting.
“The difference between commercial and theatrical casting is that they serve two entirely different industries. The commercial side of the business is there to serve the marketing needs of companies. So the people who are making the decisions about your performance and the kinds of work you’re doing all are focused on products and services. And the people who are making the decisions are products people. They’re the clients at the specific company. So you’re mainly appealing to ad agencies and creative directors and commercial directors. Ultimately, he who has the final say is the client, whoever that may be—the actual company behind the whole process.

“On the theatrical side you’re appealing to other artists—writers and directors of television and film and so the decisions are being made by people who are storytellers themselves and who really understand our craft and really understand actors and love that whole part of it. When you go into a theatrical audition, they want to see what you do—they don’t want to tell you what to do. They want to see your interpretation of the material, and they will totally respect that. They might give you some notes, if they just want to see you try something different, see if you’re direct-able,” he adds.

On why actors need to embrace commercial work.
“Some actors look down on commercial work because they equate commercial [as being]…not as cool as theatrical. You’re not in a movie or on a TV show. So you’re in a commercial that’s about fried chicken or whatever. Some people have a snooty attitude about commercials, like, you’re a sell-out or something…which is absurd because commercials pay so much money [that] they allow so many actors to be able to actually act full-time and be able to afford acting class and eating right and working out and all this stuff,” Sharma explains.

“So there are commercials shot in about every genre that a TV show is shot in so it’s very similar. Some of them are dramatic, some of them are comedic. So I think people tend to not understand how fulfilling and fun, how great and valuable the commercial side of what we do is.”

On having the right “look” for commercial work.
“It’s not all about a look. But a look is very important because you’re trying to communicate. The way I put it in the book is that…The clients are trying to find actors that can communicate a look non-verbally as quickly as possible. If you only have 30 seconds for a commercial and when you have somebody who’s playing a mom…they gotta visually look like the suburban mom. Or you need to have someone who looks like a sports fan. They need to look right, and if it’s confusing for the viewer, who they are, there’s not often a lot of opportunity to explain to the audience who that person is.

“But it really is more than a look. Because at that point—when you have a lot of people who look like they could be a sports fan—it really is about their own unique personality,” he says.

On the most important chapter in his book.
In the fourth chapter of Sharma’s book, titled “Learn how to ACT, dummy. Get improv and acting training,” he stresses the importance of training.

“I emphasize that the thing that holds actors back is that they’re under-trained and that they aren’t working out on a consistent basis. We’re in the Super Bowl of acting in Los Angeles. The best actors from around the world come here to act and if you were playing on an NFL team you’d be working out every day. When you’re working at the highest level, you’re up against the best actors in the world who are working hard every day at honing their craft.

“If you’re not at least in a class on a regular basis, getting a workout in your class, then you’re not able to compete.”

Want more advice? Check out tips from our Backstage Experts!