5 Tips for Improving Your On-Camera Audition 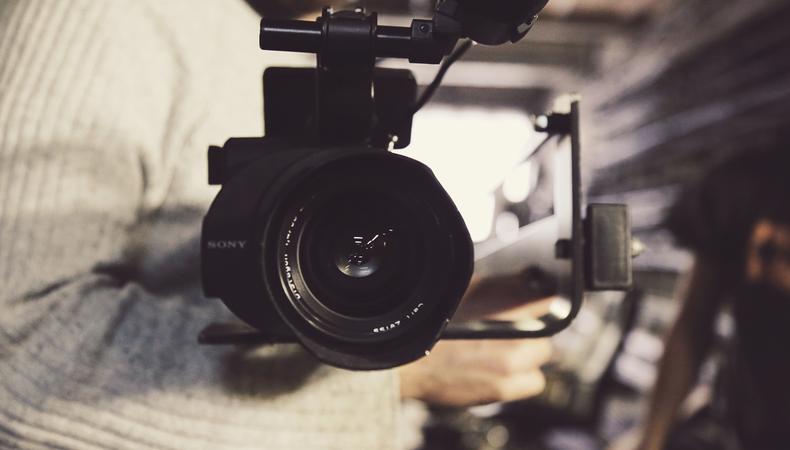 Any audition can feel like a mental hurricane of an event—especially an on-camera audition. There’s so much going on through you and around you. You’ve worked on your sides, worked with a coach or friend, and marked where you need to look in the room technically to make your scene come to life.

However, things happen so fast that many times you forget to take the time to ground yourself, focus on the reader, and note where, on the opposite side of the camera, your mark is so that you can create the relationship of the other actor in the scene. Auditioning for the camera is a visual medium, so you need to be able to tell your story with pictures and know how to make your audition work technically so that your story is told accurately.

Make things as easy and clear for yourself so that you know exactly what it is you want to do technically.

Here are five suggestions to help you stay grounded and focused when you walk in the room.

1. Breathe.
Take calm and deep breaths outside the room and also as you walk into the room. Your body always remembers the pattern of your breath. If you’re breathing rapidly, your body will associate that breath with nervousness and will act accordingly. Act relaxed, and your body will think relaxed.

The Difference Between Working Onstage + On Camera

3. Find your mark quickly.
Find your mark immediately after you have introduced yourself. You are looking for where, on the opposite side of the camera, you will take the majority of your scene if you plan to create another relationship. Think of the camera as Mickey Mouse with two big ears. You want to focus on one ear, which will be the reader or casting director, and then you want the mark on the wall or somewhere in the room that is near enough to the camera to be the other ear. This will help you to not get lost when your adrenaline is up during your audition.

4. Practice fast and flat.
When you run your scene with your friend or coach, ask them to be sure to run it a few times, giving you the lines flat and quicker than normal. With a short TV or film scene, casting directors or readers in the office are reading the scene so many times that they need to run through the scene quickly in order to move their day along, which is completely understandable but if you’re not ready for it, it can throw you a bit.

5. Move your body to learn your lines.
When you’re learning your lines, move your body around or walk around to learn them with movement. It is much easier to learn lines by physicalizing them, and it’s easier to recall them under pressure when you have learned them physically. Think about going for a walk as you run your lines, or do a house chore like emptying the dishwasher so that you lines become second nature to you.

Douglas Taurel
Onscreen Taurel has appeared in numerous TV shows including “The Affair,” “Mr.Robot,” and “The Americans” to name a few. He’s performed his play “The American Soldier” at the Kennedy Center, Library of Congress, and Off-Broadway twice. He was commissioned by the Library of Congress to write and perform his second solo show, “Journey Home.” He’s recently finished producing his film project “Landing Home.” Follow him on Instagram: https://www.instagram.com/douglastaurel/
END_OF_DOCUMENT_TOKEN_TO_BE_REPLACED