The Truth About Voiceover Headshots 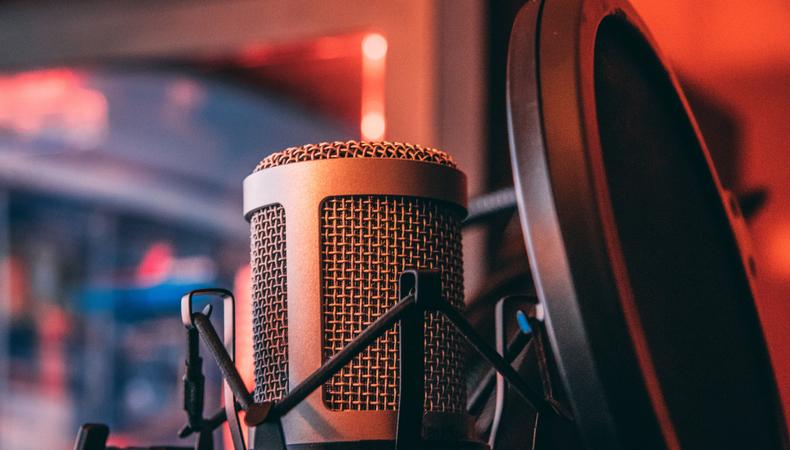 Ever since the advent of film, actors and performers have had headshots. You’ve seen them with big, bold, black signatures scrawled over them—signed by Clark Gable, Liz Taylor, Frank Sinatra, Lucille Ball, Whoopi Goldberg, etc.—lining the walls of famous restaurants like Sardi’s in New York and the Polo Lounge at The Beverly Hills Hotel in LA. Even off-the-beaten-track-best-cheesesteak-on-the-East-Coast Picollo’s in Hoboken, NJ, where Frank Sinatra grew up, has ‘em.

Headshots were, and continue to be, calling cards. Mandatory for casting directors, useful as promotional images, and the way to advertise yourself to the world.

But in the case of voiceover actors, there’s an ongoing (sometimes heated) debate over the prudence of letting the world know what you look like when the asset you’re selling is your voice, not your face.

Let’s not forget that it only became cool to “do” voiceover in the last 20 years or so. Before then, no stage or screen actor would stoop so low as to voice commercials (said with disdain). No, that would have been déclassé! How things changed! Now celebrities love it and get paid gobs of money to do it.

For voiceover artists in today’s world of personal studios, online casting, and global clients, there are three common schools of thought when it comes to headshots:

1. Do it.
Why hide what you look like? People like to see and get to know who they’re working with, which helps develop familiarity and trust; putting a face to a name and a voice gives more sticky-ness to the connection. Having an image that represents you online is commonplace now, no matter your profession, so take control of your messaging before someone else does!

Chances are you will be vetted via sources beyond your personal website (LinkedIn, Facebook, Instagram, etc.), which makes hiding what you look like nearly impossible. By using a professional headshot, you’re controlling your marketing message. Every time you post anything online, it’s a digital reflection of you and an opportunity to strengthen your brand through your words, your images, and your sound. Consistency is critical!

Think of the pictures you’ve seen of other performers online. If the photo is poor quality, grainy, under- or over-exposed, too far away, or clearly taken by a friend in a rush, that says something about the subject.

If you’re going to use a photo, here are a few tips:

READ: Headshots: Everything You Need to Know

2. Don’t do it.
Why influence someone’s perception of you? A headshot can complicate matters where the only thing that’s being sold is voice, not looks. This is one of the reasons why some voice actors genuinely feel it’s a disadvantage to show your face on your site. “What if I look like someone the buyer can’t stand?” (Frankly, this can happen with your sound as well!)

Admittedly, by showing what you look like, people categorize you in the blink of an eye and indirectly make assumptions about your voice and vocal range:

Many years ago, I had a marketing consultant advise me to dye my strands of grey hair because my sound was 30s–40s but my look was 50s–60s. “You don’t want people you meet to remember you as ‘that older woman’ when your sound is so much younger than that,” he told me. I followed his advice for a while, hitting the bottle of dye until I finally decided to quit stop—I wanted to be my authentic self.

This is the purpose of your voiceover website: to communicate your authentic self and your brand, clearly and quickly. Voice actors need their demos to be heard right off the bat and some people argue that providing them with a picture of you detracts from the #1 task of getting them to click on your demos and hear your range, not your age. Seeing someone who’s “old” while their voice is “young” can create a certain dissonance between what the eyes and ears are taking in.

3. Avatar it.
As a third option, some voice actors straddle the do it or don’t do it fence and use a cartoon character to represent themselves online as a way of personalizing their sites (especially if they’re into animation). They communicate their style and brand through a playful image, something that never grows old!

If you’re going to use a headshot, give it your best shot! If you’re not, more power to you; remain “behind the curtain” and let the Powerful Oz continue to play with people’s imaginations. There’s no one way to be successful in this business. Many roads lead to Rome, so support your fellow voice actors, no matter what choice they make!

Debbie Irwin
Debbie Irwin is an NYC-based award-winning voiceover talent who has been the voice of the Statue of Liberty on the landmark’s audio tour, major international museum audio tours, the voice of Big Pharma, documentaries, commercials, corporate narrations and the Voice of God for live awards shows. Her expertise is medical narration.
END_OF_DOCUMENT_TOKEN_TO_BE_REPLACED