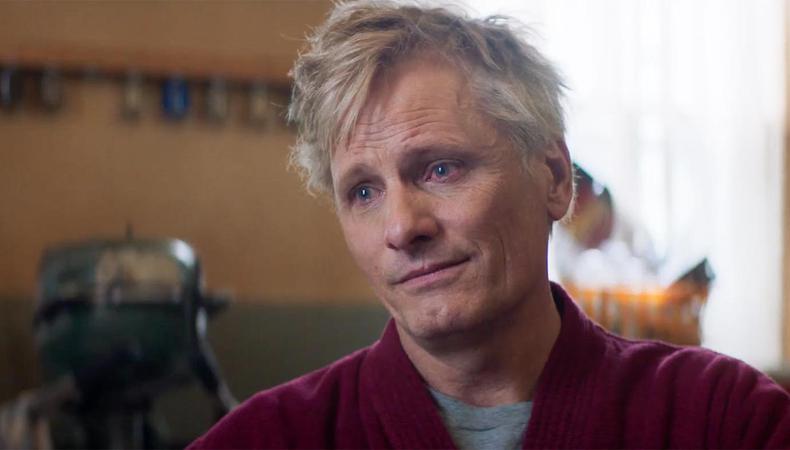 Though he’s best known as an actor—with three Oscar nominations to show for it, no less—Viggo Mortensen has long been wanting to helm his own film. But his first attempt to do so, as it often goes in Hollywood, fell through. “That was 25 years ago,” he says, laughing.

With the February release of “Falling,” which he also wrote and stars in, Mortensen at last marked his directorial debut. And though it took much longer than expected, he wonders if the filmmaking experience wasn’t only worth the wait, but actually better for it. “We really prepared well. I learned from the many good directors I’ve been lucky to work with over the years,” he says. “So maybe it was good I had to wait so long, because I probably avoided a lot of beginner’s mistakes. I might not have been able to do it if I’d been given permission to make a movie [all] those years ago.”

That does not mean the process was a cakewalk—quite the opposite, in fact. Mortensen and his team shot the entire project in five weeks. (He tried to negotiate up to seven, but alas.) The film tells two unfolding stories at once: Shifting between past and present, its focus is on Willis, an ailing father played by Lance Henriksen, and the overarching cruelty that has affected his relationships.

Though he had not intended to star in the film, Mortensen plays Willis’ son; Laura Linney and David Cronenberg also feature. Mortensen only decided to jump in front of the camera after putting on his producer’s hat. (Yes, he also produced the project.) “I thought, OK, well, if I’m in it, maybe that’ll help a little bit with rounding up the money,” he explains. “Plus, I can get an actor in the role who’s right for it, who already has a good relationship with Lance—and, furthermore, who I don’t have to pay!”

He did worry at first that being in front of the camera might handicap his ability to see the full scope of what was happening behind it. However, he quickly realized that his total immersion in the storytelling actually helped him fire on all cylinders with more precision.

“I did what actors should do anyway, which is [to] be aware of everything around you all the time,” he says. “Anything can come to your assistance as an actor, and the foundation of good acting, I think, is good reacting. That’s where it starts, so the more you are giving yourself to observing and listening to every single aspect of what’s happening with the person opposite you and around them, the more relaxed you’re going to be as an actor, and the better job you’re going to do.”

Mortensen adds a no-nonsense coda, though: Being a terrific actor does not automatically translate into being a terrific director. There are plenty of actors, he points out, who have directed lousy movies. “But,” he says, “there are some actors who have made beautiful movies and helped actors give great performances.”

Having run the gamut of working relationships with directors himself, Mortensen tried to borrow from the best of his experiences, while not overcompensating in any way. The name of the game on his set was respect, compassion, and an openness to ideas from anywhere.

“Don’t get paranoid or feel you’re losing control because an actor wants to try something different,” he says. “A good idea can come from anyone at any time: your cast, a crew member. The best thing a director can do for an actor is create an atmosphere that’s relaxed and conducive to good work. It’s not just telling them what to do and where to stand, and being annoyed because they didn’t give you the emotional moment you hoped for. Maybe they’re giving you something different that’s just as good.

“Give them a chance,” he adds. “And remember that, you know, people are people.”

Casey Mink
Casey Mink is the senior staff writer at Backstage. When she's not writing about television, film, or theater, she is definitely somewhere watching it.
END_OF_DOCUMENT_TOKEN_TO_BE_REPLACED