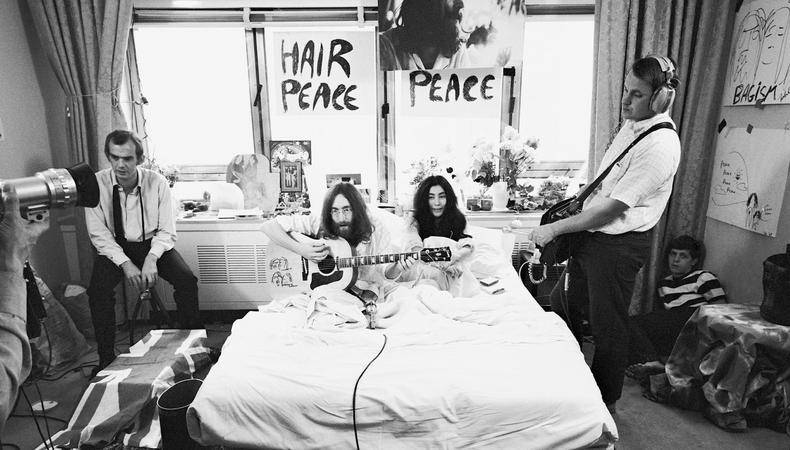 From Yoko Ono’s conceptual bodily performances to Natacha Stolz’s SpaghettiOs exhibition that flummoxed the netizens of the early aughts, performance art is equal parts avant-garde, action-oriented, and controversial. While the art form differs from traditional performance in several key ways, its unconventional approach can be helpful for actors hoping to expand and deepen their repertoires.

What is performance art? 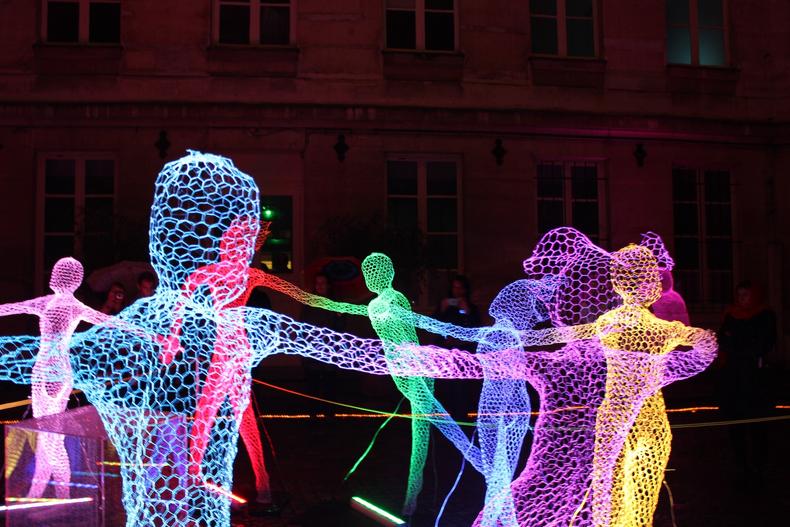 Though the bounds of any art form are nebulous, the defining factor of performance art is provocative action carried out to make a point. The artist’s execution of this action—motivated by specific, often political, principles—is itself the artwork. Performance art often combines disciplines such as acting, dance, and music outside of their traditional confines. Reciting the “to be or not to be” monologue during a production of “Hamlet” is acting; reciting the “to be or not to be” monologue for 24 hours straight on the steps of a government building is performance art. Different from a painting or piece of music, performance art is created live and in the moment, leaving no tangible “finished product.”

Performance art has roots steeped in futurism, “happening,” Fluxus, Dadaism, and the avant-garde—all of which seek to shake the foundations of what is traditionally considered art. The genre reached peak prominence alongside the 1970s counterculture movement. Today, it is often associated with immersive theater, as well as endurance, corporeal, conceptual, and feminist art.

The primary characteristics of performance art are: 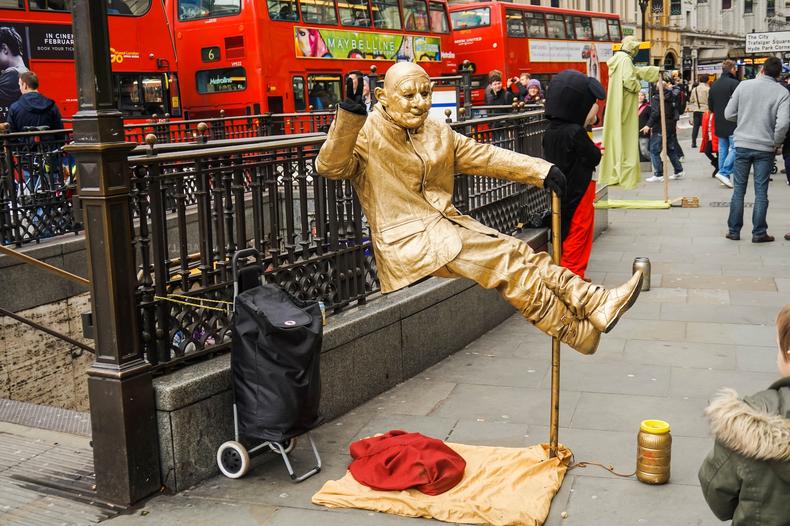 The “performing arts” is an umbrella term for any artistic discipline meant to be learned and then carried out in front of an audience. Examples include acting, dance, music, opera, puppetry, and mime. Performance art is a subset of the performing arts, specifically one where the act of carrying out a concept becomes the artwork.

Although they sound similar, performance art distinguishes itself in the following ways:

Despite these differences, actors and other performers can benefit greatly from studying performance art. The art form’s focus on the conceptual, the artist’s body and movements, and variations of immersion, interactivity, and improvisation are helpful to traditional performers who want to add more depth and texture to their work. 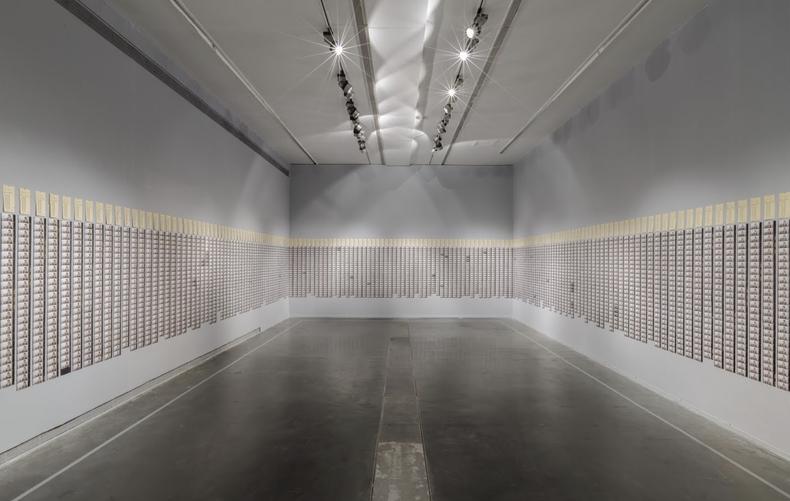 “Cut Piece”: Yoko Ono implicated viewers in the objectifying gaze in this early piece by inviting audience members onstage to cut clothes off her motionless body.

“I Like America and America Likes Me”: Joseph Beuys spent three days wrapped in felt and living with a live coyote as a statement on the legacy of intergenerational trauma in America.

“Time Clock Piece (One Year Performance 1980-1981)”: Tehching Hsieh drew a line between artistic pursuit and the monotony of labor by recording himself punching into a time-clock in his studio every hour on the hour for a year.

“The House with the Ocean View”: Refusing to eat or talk for 12 days, Marina Abramović created a conceptual statement about restriction and purification. 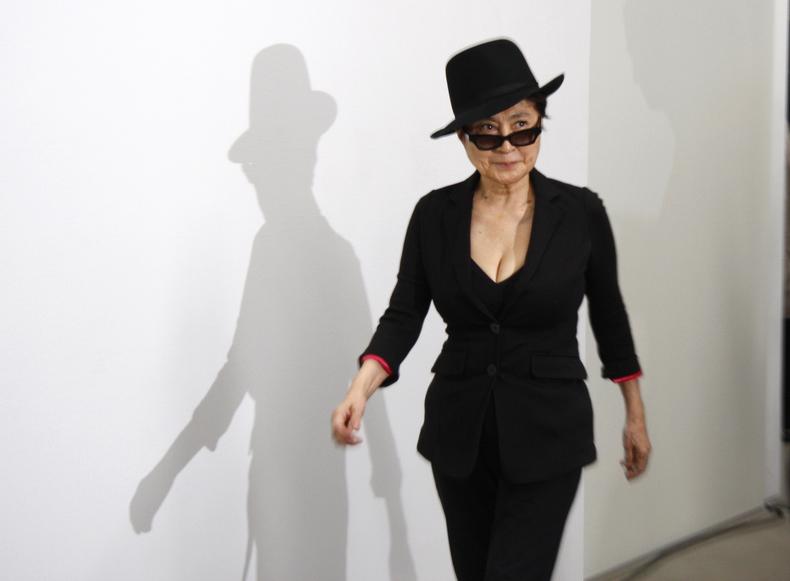 Yoko Ono: Beyond “Cut Piece,” Ono is also known for the collaborative “Bed-In” and instructional “Grapefruit,” which asked the audience to engage in the performance under the conceit of following directions.

Marina Abramović: With works exploring the intersections of endurance and performance, artist and audience, Abramović is best known for the “Rhythm” series, “Seven Easy Pieces,” “The Artist is Present,” “House,” and her collaborations with artist Ulay.

Joseph Beuys: Inspired by the Fluxus movement, Beuys’ pieces often incorporated animal elements. In addition to the coyote in “America,” he made repeated use of dead hares in “How to Explain Pictures to a Dead Hare” and “The Chief—Fluxus Chant.”

Allan Kaprow: The artist who gave the name to “happenings” used pieces like “Words,” “Eat,” and “Yard” to deconstruct the boundary between audience and performer.

Chris Burden: Famed for his interrogation of the line between danger and art, Burden asked an assistant to shoot him in the arm during “Shoot,” and had nails hammered into his hands crucifixion-style during “Trans-fixed.”

Pussy Riot: Feminist collective Pussy Riot uses highly political performance art to criticize the practices of the Russian government. In “Putin Zassal,” they lit a smoke bomb during a musical performance, and during “Mother of God, Drive Putin Away,” they jumped on the altar of a Russian Orthodox church.