What You Should Know About Auditioning for Bernie Telsey 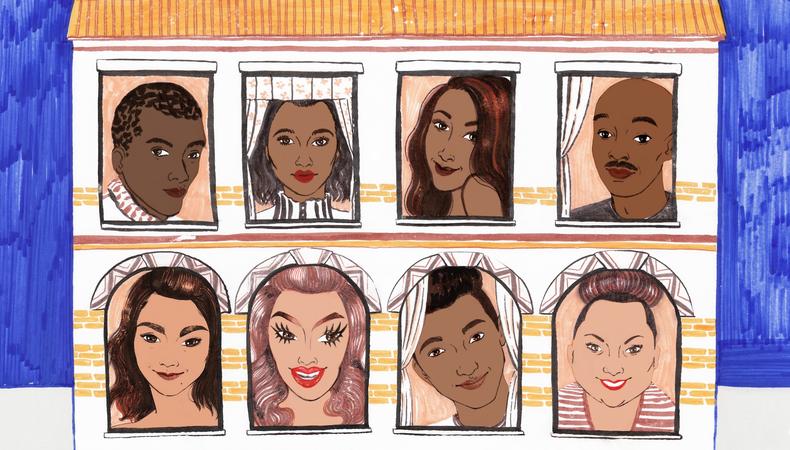 If you’re a consumer of film, television, or theater, chances are you’ve seen Bernie Telsey’s work. Best known for his lengthy theater casting career, the CD has also cast NBC drama “This Is Us,” the “Murphy Brown” reboot, “Mary Poppins Returns,” and Fox’s upcoming “Rent: Live.” The most recent iteration of the Jonathan Larson musical features names from screen, stage, music, and beyond—a casting combination refined from Telsey’s years of working on the pop-rock musical. Though his résumé boasts decades of experience with casts all over the world, Telsey says finding the right actors for the fan-favorite musical is always an exciting challenge. The CD speaks with Backstage about keeping each new “Rent” cast fresh and the secrets behind his other varied projects, which have earned him multiple Artios Award nominations from the Casting Society of America this year.

How did casting “Rent: Live” compare to past versions?
In some ways, I try to put myself back to the first time we were doing the Off-Broadway production. What is Jonathan’s material speaking about, and can I find the talent that matches what he was originally writing? We’re approaching it the same [way], but we’re looking at today’s version of 20-year-olds, unknown or known, who feel fresh telling these characters’ stories and their individual journeys.

Describe the process.
It took months. Any production of “Rent” is hard, because we’re looking for individuals who really pop. And then we ask, “Are they available when we need them and do they want to do live television?” It’s nerve-racking; you don’t really know what that means as a performer because that’s not something that people are doing regularly. It’s like taking a little bit of every medium and throwing it into one. In that sense, it takes a while to find the right people who are willing to take the leap of faith and dive in. We auditioned people in California and New York, and we did self-tape auditions.

How did you consider actors for their roles?
“Rent” is so individualized and specific. People have to sing certain songs—that is required as part of the material. But it’s really about the individual. We want to get them in a room and see how they relate to this material. “Rent” has always attracted people from different mediums because the material is so rich and exciting. We saw a lot of performers from music and Broadway who clearly can sing and do this all the time, but do they have the quality that you want from the camera? Then we saw people from the film and TV world who maybe haven’t had a chance to show that they also sing. It’s the kind of project [for which] we go after people from all over.

What should actors know about auditioning for this kind of project?
They’ve got to be able to sing, but it’s [about] understanding how to be intimate, as well. Sometimes stage auditions are larger than life to fill a big room, and even though we still need that because it’s a musical, it’s remembering you’ll be filmed and you need to be emotionally connected. The camera is going to be right on your eyes, and your eyes don’t lie. I also think listening is big when auditioning for the camera, because so many times, the camera is on you when you’re not singing or speaking but just listening. I tell young actors to remember to act and be present even in between your stuff, because the camera is on you.

What can actors expect from auditioning for you?
They can expect to hopefully to be seen and hopefully be chosen. An actor’s job is to audition and hope to get a job. One thing I would want every actor to know is if they don’t get that specific job they might be coming into the room for, there are so many other things about that experience that will be carried over. Always remember you’re not being rejected, you just didn’t get that job. In our office, we have this box. We come out of a session, and those audition sheets get circulated so everyone can see who might have done something that might be right for the thing that they’re casting.

That’s the fun thing about our office: We have so many different kinds of projects happening at the same time. We have a column on our schedules that they might be coming in for “Rent,” but on the side I’m writing, ‘See them for other projects.’ And even if they’re not getting the “Rent” job, they’re coming in for “Wicked” or “Mean Girls” or “Murphy Brown,” whatever it is we’re potentially casting at that moment they might be right for. Every audition is another chance at being seen and educating whoever might be in that room [about] what your talent is. There are so many other opportunities that come out of that.

What considerations did you have to make when casting “Rent” for a 2019 audience?
Even though it was for television, it’s live television, so we still need people who can sing the hell out of this score. It is a really tricky score, vocally and emotionally. We really were looking for people who can do that. They might not have to do eight shows a week, they only have to do one, but they don’t have the help that you get in a movie. It’s live. You really need it to sound great, and the score is so memorable and rich. Also, we were looking for people whom audiences would recognize, might know, and maybe want to know more about.

Part of “Rent” was always the discovery of new talent or the discovery of seeing people in a different light, so I think we really accomplished that. It’s people you know that you really haven’t seen do this kind of work, so I think there’s an excitement to that. Or it’s someone that you have no idea about but they just look exciting. You have eight dynamic lead roles who are all different. There’s no prerequisite of what someone has to be like for any one of these characters. It changed through the course of the Broadway history, but if you bring the vocal or emotional quality, you can create a new version of Maureen, Mimi, Tom Collins, or Mark so to speak. We weren’t locked into certain kinds of actors. It really allowed the actor to be their own individual.

That’s what the past 20–25 years have been so exciting about working on “Rent.” It really is about capturing the talent of the individual actor and seeing if it matches what this character is going through. It really does give everybody working on it a kind of freedom to find those individuals that really pop. They all come from different mediums and different aspects in the entertainment world, yet all of them pop.

Elyse Roth
Elyse is a senior editor at Backstage, where she oversees all casting news and features content, including her weekly casting director Q&A series, In the Room. She came to New York from Ohio by way of Northwestern University, where she studied journalism, and now lives in Brooklyn. She might see and write about awards-worthy films, but Elyse still thinks “Legally Blonde” is a perfect movie and on any given night is probably taking in some kind of entertainment, whether it’s comedy, theater, ballet, or figuring out what show to binge next.
END_OF_DOCUMENT_TOKEN_TO_BE_REPLACED