Why Every Actor Should Study Puppetry 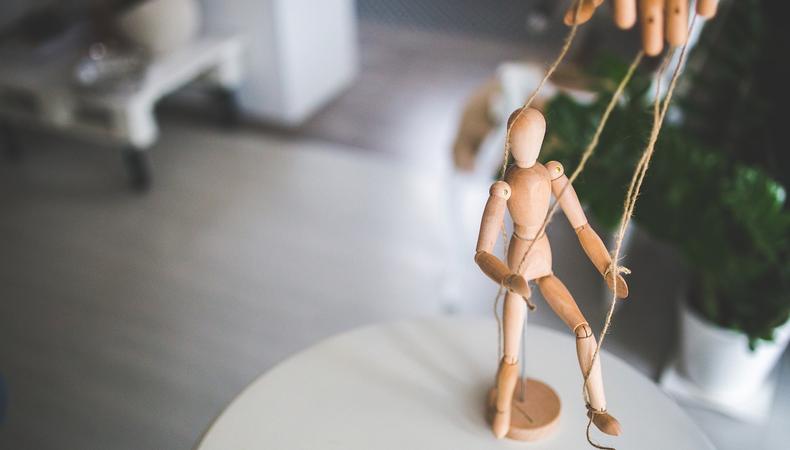 Puppetry, from Big Bird, to the velociraptors in “Jurassic Park,” to the wings on the Angel in “Angels in America,” tells stories. If you got into theater, film, or television because you felt you have a story to tell, and an ability to manifest that story, a puppet can be your next tool. Puppetry and object theater are storytelling mediums as old as stories themselves.

When you think of puppets, you might be tempted to picture “Sesame Street” or “The Muppets”; childhood shows with hidden strings that, as an adult, you’ve left behind. But with the inception of hugely popular shows like “Avenue Q,” “War Horse,” and “King Kong,” there’s never been a stronger spotlight shone on puppeteers in theater.

From the hidden puppeteers of the “Punch and Judy” era, puppetry has evolved into an opportunity for aspiring performers to break out their best marionette skills and be seen, literally.

“People are craving something that’s very real, very tangible, where you can see how it’s done and you can see the person doing it,” says Eric Wright, founder of puppet-crafting company Puppet Kitchen. “It has an accessibility about it that’s very appealing right now, to both performers and audiences.”

One of these new stages where puppets and their performers can show off is at the new International Puppet Fringe Festival. In an increasingly connected world, festivals like the IPFF have brought companies from all around the globe to try and create a community by telling intimate and personal stories through puppets.

Nicole Morales, the associate marketing director of the Festival, has been excited about what showcasing foreign and familiar forms of puppetry can teach us. “It’s like when you go to a museum, and you see the way an artist from Italy will paint a similar scene to an artist from China, and it’s a completely different style, a completely different technique,” she says.

Similarly, any performer of any kind of background makes for a good puppeteer, Wright thinks. He got into puppetry himself partially to avoid giving up on any of the things that interested him: acting, music, dance, design, and science. You’re an actor? You’ve got a great base of dramatic storytelling to start. Dancer? Puppets communicate primarily through movement, especially if they’re nonverbal. Maybe you’re a musician – in that case, you know how to perform through an object, and how to play as a piece of a whole.

READ: Why There Were Only 100 Living Actors Who Could Maneuver the Puppets of ‘Frozen’

Even an aspiring puppeteer without a background in other types of performance can come to the medium and succeed wildly at it. As long as you have “a creative identity, where you’re comfortable stepping into another persona, in a public way,” you can be a puppeteer, and a better all-around performer, Morales says.

“It removes you from the performance,” Wright says of puppetry. “Just ever so slightly, so that you’re aware of more than just your own body on stage… When you work on puppetry, I think that that entire experience of theater is really made explicit. It’s so sharply defined between what works and what doesn’t.”

That learning curve is kick-started by copying, Wright advises, as a puppeteer himself. Both he and Morales suggest that an aspiring puppeteer also find other performers and collaborate with them, to test new ideas out together. From the intricacies of the lifelike micro-puppets made of hundreds of tiny pieces, to any stuffed animal you find, almost anything can be used to start the process. With modern technology, the mechanics of what it takes to create a puppet have never been easier to grasp, and with social media, a puppeteer can put their work out there and be noticed quicker than ever.

And actors who shy away from puppetry as a genre solely for entertaining children should look closer, Morales thinks. “They have such a political history,” she says, that it’s impossible to discount puppets just because we grew up with them on television.

“It’s as if an illustrator didn’t want to study, you know, mid-century modern design because, “Oh, all the illustrations in that time period were cartoons. Cartoons are kids’ stuff!”” Wright notes, laughing, that the takeaway from puppetry really should be this: “There’s so many elements of design wrapped up in that idea that sort of looks like some cartoons. It really is a medium on its own, and it can really improve what you’re studying.”