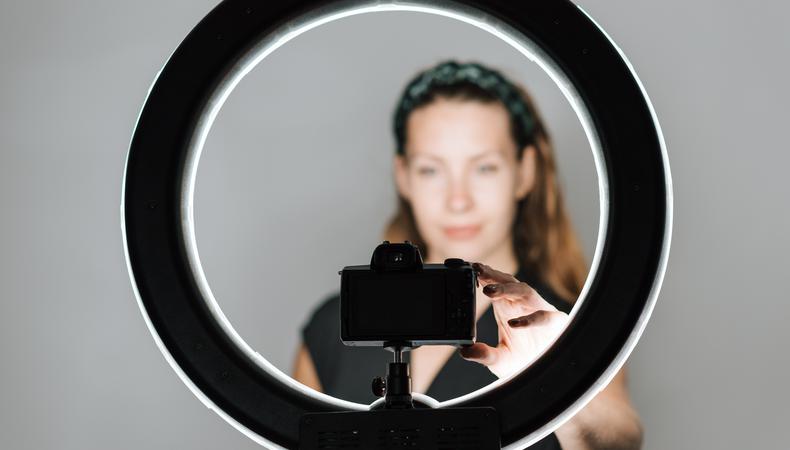 One of the biggest business of acting lessons to come out of the pandemic has been in the area of self-tape auditions. While we were getting some self-tape requests for clients prior to COVID-19, there was an almost instant self-tape request explosion that started last year as the industry scrambled to create a road map to guide us all through the challenges of production and content creation during an epidemic.

We have long known that the odds of a client getting cast for any role they audition for is slim. But we have also long known that there had always been a potential win far greater than booking the role: the opportunity to get to meet or get reacquainted with a casting director who, if the right impression was made, would remember you for future projects. Getting cast in a role is about a single job (usually). Making a good impression on a casting director is important for the bigger picture of any actor’s career. It’s a global perspective.

So, with in-person auditions on hold and with the opportunity to meet a casting director in person also on hold, a lot of pressure was felt by actors and those of us who rep them to nail their self-tapes. While most actors do nail the acting part of their audition, you would be surprised how many lose out on the opportunity to have those self-tape auditions seriously considered because they fail the most important component, arguably, of that endeavor: the slate.

Back in the days when all auditions were in-person, for me the most important part of a client’s audition was always the first two seconds of their entering the casting director’s office. Before they had a chance to say a word from their prepared sides, often a casting director already had a sense of whether that actor was the right actor for the job based solely on those first two seconds.

How you enter the space, your energy, your attitude, your body language, your confidence, all contribute to a split-second assessment of your rightness and your readiness for the role. None of this has anything to do with talent. While the first two seconds of you walking into a casting director’s office isn’t, for the most part, happening now, the first two-second rule still applies. But it has shifted to your self-tape audition slate.

Before the casting director views your self-tape audition, they are viewing, assessing, and judging your role worthiness based on everything they perceive about you from your slate. If they don’t like the slate behavior they see, they’ll take a pass on viewing your audition. And why not? The self-tape explosion has opened up the number of actors who can be seen and be considered for every role by a lot. Whereas a casting director might be able to see 10 or so actors an hour in their office, they can easily see self-tape auditions from 10 times that number in the same amount of time. That wider casting of the audition request net has created great opportunity for many actors who may not have been invited into the real room to be seen in a virtual space. But it also means that judgment of you will be quick and if a casting director isn’t attracted to what they see in your slate, it’s delete and on to the next self-tape submission.

I can understand why you work so hard at the challenges of producing a great self-tape. You have to! In addition to the technical stuff (lighting, audio quality, video quality, background, etc.), you have to work with, often, very few clues from the sides provided to you in creating a full character with a real-life who exists both before and after the scene that you’re recording, even if it’s for an under-five role. That’s a huge assignment.

Now, on top of that, you’re expected to show who you are, what you might be like to work with on a set, how confident you are, and how camera-read-to-book-and-to-work all, usually in a 10 second or less slate. That’s a tall order.

Your slate should always be you looking directly into the camera. Let us make eye contact with you. Let us see your ability to book and your ability to deliver the goods when hired. You can achieve all of this by following the slate instructions given you, if any, or, if not, simply tell us who you are and where you are based and, in those brief statements, give us a glimpse of the real, confident, wonderful, happy-to-have-this-opportunity-to-be-seen you. Then show us what you got in a perfect, self-tape audition.

Also, some casting directors will ask for the slate after your scene. If you get a self-tape request with this instruction, of course, follow those instructions. Show the casting director that you are both the right actor and the best actor right up front. Then seal the deal with your winning slate to cap off a perfect self-tape.

Brad Lemack
Brad Lemack is a Los Angeles-based talent manager, educator, career coach, and author. He established Lemack & Company Talent Management in 1982. The company specializes in the career development of new and emerging artists and the brand maintenance and career enhancement of legacy artists and working actors. He also teaches The Business of Acting at the Emerson College Los Angeles Campus. His latest book is The New Business of Acting: The Next Edition.
END_OF_DOCUMENT_TOKEN_TO_BE_REPLACED