Why You Must Make Time for Your Craft + Develop a Practice 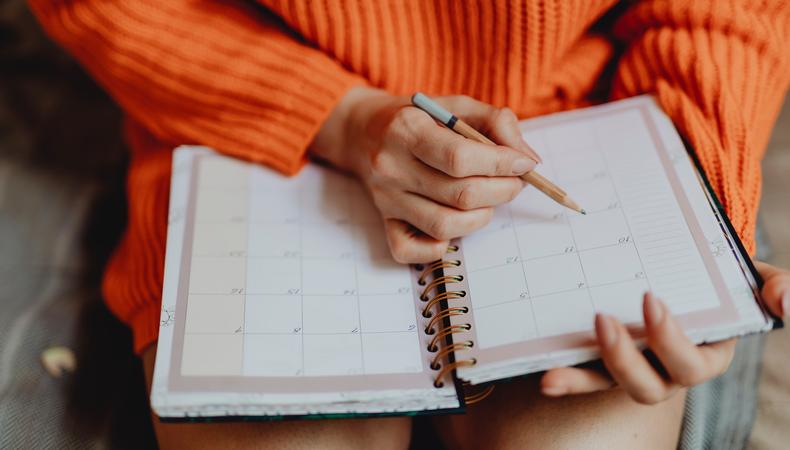 Actors are always telling us what they want to achieve in the industry. In our application process for classes, they’ll say things like “I want to book a series regular role this year,” or “I'm hoping to book four or five high-end guest spots.” Our response to those declarations is always the same: “Cool, what’s your practice?”

It’s an interesting question. It’s a difficult question because what we’re asking is, what is the behavior that you’re engaged in hourly, daily, weekly, monthly, yearly, that’s getting you or not getting you to your goal? Said a different way, are your actions in line with your intention? If you take a fierce inventory of the behavior patterns that you’re engaged in consistently, what you might find for example is that you’ve spent 40 hours on “Fortnite” this week and two hours on your craft. That’s not a recipe that leads to action in line with an intention that’s propelling you toward a goal. It starts getting challenging when we take that fierce inventory of our actions because we have to make some changes. We see that our words, our hopes, and our dreams are not fortified by a foundation of practice.

What we tell actors to do is to really get down to a practice that works for you, that propels you forward, that is in line with your intention, and that requires you to know why you’re doing this. You have to know why it’s important to you and if you don’t know why, dig deeper and find out. If it’s not important to you, do the work of making it important to you. From that place, start to commit to the practical work of getting a seven-day calendar, putting it on your fridge, and carving out the time to dedicate to your craft.

Mastery is mostly plateau. There are years without some sort of inspirational spike or, said in the parlance of actors, without booking some fancy job. It’s the step by step practice that puts together a foundation of craft so that when the industry bestows its light upon you, you’re ready. When you get the call for the audition, it’s not tantamount to someone saying “I need you to run a marathon on Thursday” and you haven't been running much at all.

What is that practice? It’s a question everyone should ask themselves. Now you may look at the seven-day calendar and the resistance kicks in. You say something like “I just don’t have time,” “I have work and the kids,” etc. Well, what you find when you get really clear on why you’re doing this and why it’s important to you, is that you can shave off two episodes of that random ‘90s TV show you’re bingeing on Netflix and you’ve got two hours right there. Or maybe you cut back “Fortnite” to 20 hours instead of 40 and all of a sudden there’s much more time.

Time emerges when your priorities are clear. You have to take that inventory of exactly what you’re doing. Write it all down and create a life for yourself within that schedule that leads you to your goal. That creates a foundation of practice. It’s important to create a structure within which you can achieve the creation of that practice and create a community within which you can find accountability. If you’re moving shoulder to shoulder with other artists toward a goal and you start showing up for them and they expect you to be there within a community, all of a sudden the practice gets easier. It’s not just you out in the desert somewhere. You have to find a community within which this schedule makes sense for you. So it’s not just “I gotta bang out four self-tapes,” it’s “I’m in a community and we’ve decided that together we’re going to work on some things.”

Risa Bramon Garcia
For the past 40 years, Risa has worked as a director, producer, casting director, and teacher. Having directed two features—including “200 Cigarettes”—she has also directed for TV and dozens of plays in New York and Los Angeles. Her casting résumé includes more than 80 feature films and shows, and includes “Desperately Seeking Susan,” “Fatal Attraction,” “JFK,” “The Joy Luck Club,” “The Affair,” “Masters of Sex,” and the original “Roseanne.” She is a founding partner of The BGB Studio, known for revolutionary acting training.
END_OF_DOCUMENT_TOKEN_TO_BE_REPLACED

Steve Braun
Steve Braun is an acting coach, teacher, and communication consultant, drawing on years of acting, Buddhist practice, and martial arts training to help his clients discover and express their unique emotional truth. When he pursued an acting career, he starred in movies, was a series regular many times, and guest starred on numerous TV shows. He is a founding partner of The BGB Studio, known for revolutionary acting training.
END_OF_DOCUMENT_TOKEN_TO_BE_REPLACED