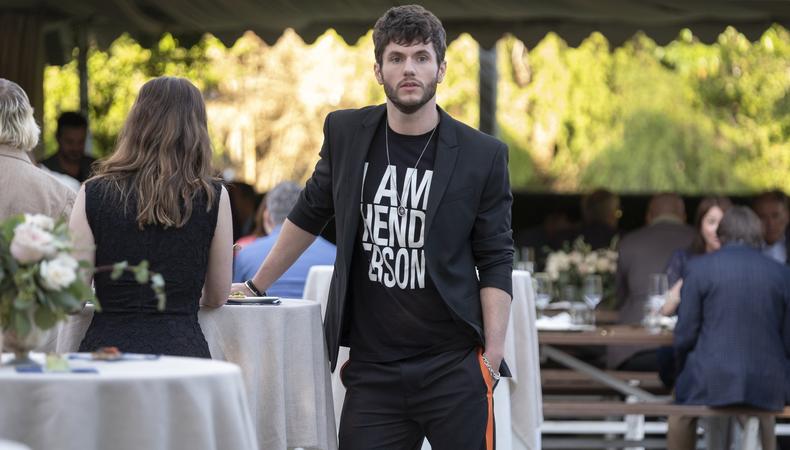 The following Career Dispatches essay was written by James Scull of “You,” the second season of which is now streaming on Netflix.

“...a performance so bad it sinks the series.”

That was one of the first reviews I read of my performance in “Heathers.” “One-dimensional”; “Ultra-bland”; and (my personal favorite) “needing help” effectively summarize the rest. Over a period of about 36 hours I read all of them—and then I read all of them again, just to be sure it wasn’t some sort of waking nightmare the first time. Then, when I accepted that the words were real and had been typed about me, I spent two days in bed sending my representatives cryptic, needy text messages and crying loudly.

That was about two and a half years ago. Today I’m sitting on my couch writing this personal essay for Backstage—an opportunity afforded to me because of my work on the second season of Netflix’s spicy runaway hit “YOU,” a job so wonderful and fulfilling I could not have imagined it in my wildest dreams. It’s weird what two years can do, ESPECIALLY when you’re an actor.

READ: What Actors Can Learn From Penn Padgley’s ‘You’ Character

So what did I do in those two years? A lot of waiting, a lot of worrying about things I couldn’t change, a lot of punishing myself for decisions I didn’t make, and then, mercifully…

On Aug. 24th, 2018 I got an appointment for an ultra low-budget indie film called “Straight Up.” I was still deeply bruised from “Heathers.” I hadn’t had a single successful audition since, and I was starting to wonder if I would ever work again. Even in this relative state of desperation, the phrase “ultra low-budget” made my nose crinkle. I had just been a SeRiEs ReGuLaR on a show that was supposed to net me universal adoration! Why was I auditioning for a supporting role in a film that no one was going to see? I didn’t read the script. I looked through the sides and (trying to ignore the nagging voice in my head shouting “This is a step backwards!”) put myself on tape.

A month later, I was in the middle of principal photography, playing a character that fit me like a chic velvet glove and having the time of my life with people who didn’t care about distribution and ad revenue but just wanted to make something true and moving. Two years later, I was sitting in a theater watching the completed film, crying, laughing, and kicking myself over and over again for having almost turned up my nose at an opportunity that ultimately saved my creative self—and just because I had been measuring my worth as an artist on some bizarre financial scale I had made up in the most insecure part of my brain.

It’s easy as an actor to get distracted by all the things you can’t control: the budget, the editing, the writing, public opinion; if you focus on it, the list becomes endless. Bit if you wait for other people to tell you what success is, you might miss all of the power you DO have. You can make up your OWN mind about your work, you can actively surround yourself with people who support you and love you and are honest with you, you can RELISH the free time between acting jobs as an opportunity to learn and change and grow as a person, and you can take a job just because it makes you happy and not because it fits well into someone else’s vision of success.

In a career in entertainment, crushing lows and ecstatic highs are GUARANTEED, but those are not (and should not be) your life. Your life is the inbetween bits, and what you do with them will determine the quality of the art you make. Go on adventures, live a life that makes you happy outside of work, LOVE yourself. You are not your job, you are not your paycheck, you are not a list of credits. So, as important as they might seem, let yourself forget about those things for a while. Be gentle with yourself, and most importantly: Have fun.