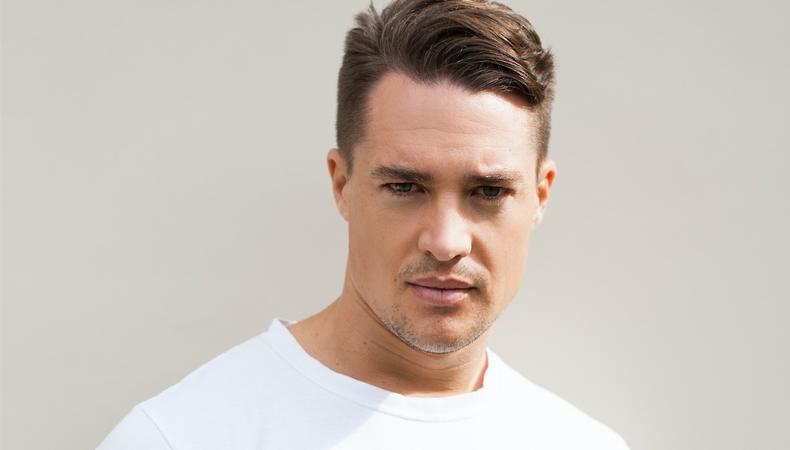 The following Notes From the Field essay was written by actor Alexander Dreymon, who can currently be seen starring on Netflix’s “The Last Kingdom,” now streaming Season 3..

The funny thing about acting is, there’s no “right” way to make it. Some people need to work their butts off and some don’t. They’re just naturals.

I wasn’t a natural. I sucked.

My first steps on stage felt embarrassing and humiliating, and I had no idea what I was doing. But I must’ve had an inkling of talent (and I promise it wasn’t much) because the late Lesley Chatterley, a wonderful acting teacher in Paris, took it upon herself to whip me into shape. She was a lovely lady—the kind that kicks you in the nuts hard and keeps kicking until you get better just to stop the pain. Somehow, she managed to kick me all the way into theater school in London: a place called Drama Centre, which I soon found to be dubbed “Trauma Centre.” They seemed to take great pleasure in watching their students “suffer for their art.”

I loved my three years there. They taught me discipline, resilience, humility, and how to take pride in hard work. I was pumped to the max with Shakespeare, Meisner, Stanislavsky, and their mothers. After making it through those years, I felt like I was ready for anything!

Anything but working in an office…

Anything but not getting an agent…

Anything but the “no” that comes from a bag of noes bigger than Dr. Evil’s bag of shushes.

Nothing can prepare you for not working. It’s just shit. But don’t give up!

I believe that my greatest strength is a deep-rooted, unshakeable trust to never let myself give up. As long as you know for a fact that you’ll keep going no matter what, you will be OK. Every time I was stuck, I ended up digging deeper and being more creative and daring and as a result. I went further than I was aiming for in the first place. I had no choice; I never had a plan B. Having a plan B means dividing your attention, and if you’re not giving at least 100 percent, you haven’t got a fighting chance. So don’t get into acting to get famous; there are much, much easier ways to accomplish that. Do it because you love the work.

The other thing I couldn’t do without is my family and friends. No amount of success is worth it to me if I can’t share it with someone I love. That’s why I think it’s important not to be an asshole. There tend to be more people around to share stuff with if you’re not an asshole. And obviously that goes for life in general, but it’s especially important in an actor’s work setting.

I had an acting teacher who used to say, “Politeness is shiteness.” And he’s absolutely right if it’s within a scene, but when the cameras stop rolling, don’t be an asshole. It’s just not sexy.

I found that the nicer and more helpful I was to people I worked with, whether I was “somebody” or “nobody” on set, the more fun I had.

Lastly, think about what your values are and stick to them; fight for them. They give you strength, build your character, and sooner or later people will recognize that you stand for something. Because when it comes down to it, why the hell would you want to do this job if you didn’t have something to say?