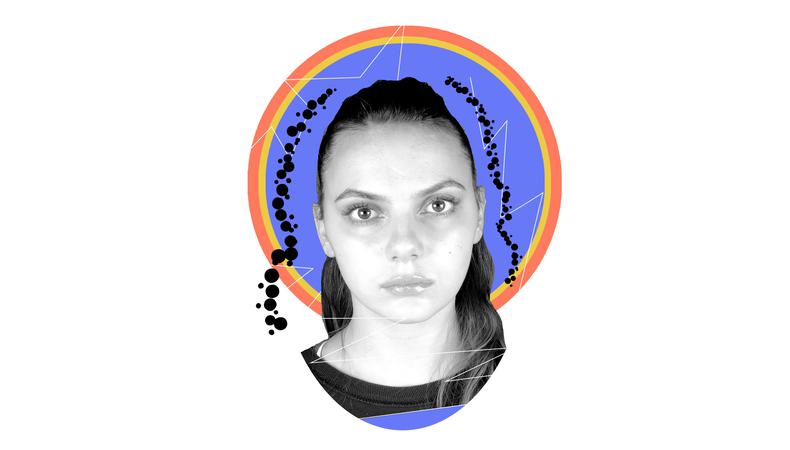 Even in the age of overhyped superhero franchises and sci-fi reboots, the anticipation for the BBC and HBO TV adaptation His Dark Materials was exceptional. Fans of Phillip Pullman’s books remembered the disappointment of an earlier film and the responsibility weighed heavy on cast and crew to get it right this time. The pressure was on, especially for Dafne Keen, the relative newcomer starring as Lyra. But within minutes of the first episode, it was clear to audiences, critics, and Pullman fans: not only had the creative team got it right but Keen’s wise-beyond-her-years presence, originality, and energy was perfect for the role, and for the job of playing alongside an all-star cast, including Ruth Wilson as the enigmatic Mrs Coulter. Ahead of the start of Season 2, Backstage sat down with Dafne to discover the story behind the role of a lifetime, how handwriting lets her into Lyra’s head, and why she kept Hugh Jackman waiting around.

What’s been the most challenging part of His Dark Materials?
I remember at the beginning thinking: “This is massive.” This was my first leading part; I’d co-starred and done small parts but nothing like this. And it was strange feeling like I have to do my best because Lyra is such a loved character. There are so many adults who’ve read His Dark Materials as a kid who will have a specific image of Lyra. It was hard to wrap my head around that. And then I had to work with all of these daemons which obviously aren’t actually there on set!

How do you approach building a character like Lyra?
I did a lot of work with Ruth [Wilson] and Lewin [Lloyd] to investigate those relationships. And I worked with the amazing [visual effects specialist] Russell Dodgson to discover Lyra and Pan’s relationship and how this daemon thing works. After I’d read the scripts and the books, I would improv to get to know how Lyra talks without the script. I also have this thing (which I know is weird) where in all my scripts, I do notes in the character’s handwriting. I feel like handwriting is a very personal thing; it says so much about you, there’s even a branch of psychology about it. Lyra’s very practical so her writing is cursive, which is quicker to write in. But it’s not ugly – it’s taken care over, though not exactly neat. So, I did a lot of that, I worked on how Lyra walks, what words she uses most. For instance, she says “need” more than “have to.” And we wanted the beginning of Lyra to be as different as possible to how she ends in book three. So, I’ve done two series now but have still got room to change and grow with her.

How do you approach tough or emotional scenes?
I’m usually a really sociable person, so I don’t isolate for the entire day before a scene, but when I step on set, I basically separate myself from everyone else. When it’s an intense scene, I go to a corner and I must look like a maniac because I’m talking to myself and playing music that gets me in the zone. Then I just try to feel when I’ve got there. With Roger’s death, it was easy because Lewin is amazing. He’s one of my best friends in real life so imagining him dead was really sad. Also, he’s really good at playing dead, which is helpful. I’ve had instances when people are moving and breathing.

What’s the best thing you’ve learned from a co-star?
I’ve learned so much from Ruth Wilson because she’s amazing. She’s so creative, so hard-working, and always bringing new ideas. I’ve learned from her to just try to react to all these crazy things that are happening. In one take she’ll scream and in the next one she’ll whisper. Sometimes she’ll do something really crazy and you think: “Wow, I need to up my game even more.” She’s constantly keeping me on my toes and making me better, making all my reactions truly spontaneous. It helps me to keep natural because you never know what to expect.

What do you look for in a role?
The first thing I ask is, is it a relevant story? Because there are millions of stories that have been told a million times, all of these teenager stories that are all the same, like: “The quiet girl meets the popular boy.” I try and look for something more original, something that will make people think. If it’s sexist, then no. I feel like we already have enough sexism in the world without me contributing to it. It also has to be a role I can have fun doing. A part that’s interesting and different. I’ve had a lot of parts like “the feral child” and I’m trying to do something different to test what I can do, to find my limits.

What advice would you give your younger self?
I’d say try and have a good time. It’s what you should do in auditions and with acting just in general. When you watch a film, you can so tell when actors don’t get on – you can just see the chemistry is wrong. So, just go into auditions, relax, have a good time. I remember I went in for Logan and I was really, really nervous. I left and I was like: “I did such a bad job” and was almost at my hotel when I said: “I need to go back.” So, Hugh Jackman had to stay an extra 30 minutes because I decided my audition wasn’t good enough. I went back and was much more comfortable, I think I did it better. As soon as I get comfortable, it all flows. So, I would say just enjoy yourself and relax because you would have saved everyone 30 minutes if you had relaxed the first time. Oh, and I’d say to my younger self: “Don’t care about what people say at school because they just don’t get you. There’s more people like you out there, so it’s cool, it’s okay.”

His Dark Materials Season 2 comes to BBC One on Sunday 8 November and HBO Max on Monday 16 November.