Customers
Acting in the Digital Age 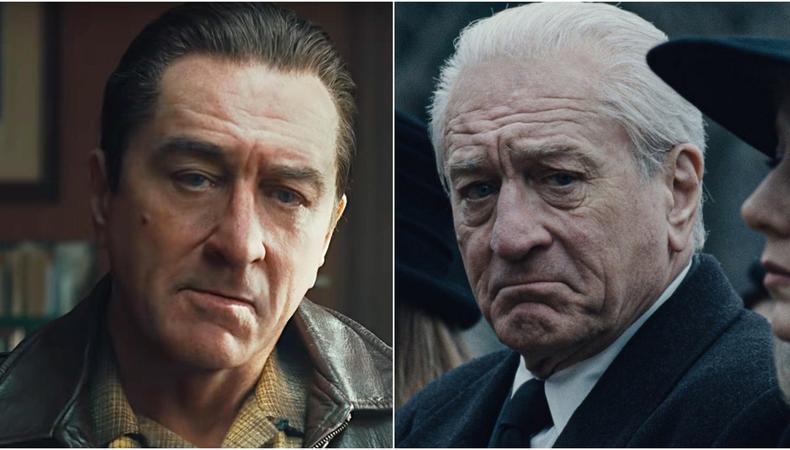 Acting in the Digital Age is a series that explores the opportunities and challenges of a rapidly changing industry. In this edition, Backstage looks at how the film industry has moved from retouching a few wrinkles to creating fully digital de-aged characters.

There was a time, not that long ago, when if a director wanted a younger version of a character for a film or TV production, they would have two fairly simple options: they could stick an 80s-style wig on the actor in question to convey that they’re in a flashback, or they could cast a younger actor with a passing resemblance to the grown-up star. But in the last few years, a third option has appeared on the scene – using visual effects to make jowls disappear, wrinkles evaporate, and hair recover its youthful shine.

Much like the parallel trend that has seen deceased actors return to the screen through digital resurrections, the rise of digital de-ageing has provided Hollywood with one of its favourite tricks. It’s a way to make older actors seem young and ready for action again. From a producer’s perspective, you can see why getting more action out of your ageing stars is such an attractive proposition.

Owen Braekke-Carroll is a lead compositor at London-based visual effects house Framestore, and with his team de-aged Bill Nighy for the gaming-inspired, 2019 Detective Pikachu film. He confirms to Backstage that digital de-ageing continues to be a hot topic: “It opens up new possibilities to have stories with multiple timeframes, or lets actors play roles that perhaps they might not be able to in the same story. The other factor is, of course, the recognisability and novelty factor of seeing some A-list stars seamlessly becoming younger versions of themselves on screen. This can have a real wow-factor that’s very impressive to audiences.”

The first use of digital de-ageing in a mainstream movie is widely credited to be in X-Men: The Last Stand, the 2006 superhero sequel which featured flashbacks to an earlier point in the franchise’s timeline. Sir Patrick Stewart’s Professor X and Sir Ian McKellen’s Magneto are both digitally altered to make them look younger; wrinkles were ironed out on computers, age-spots removed, and McKellen’s hair darkened. The scene may look a bit iffy to modern standards, but it played like a technical marvel at the time. 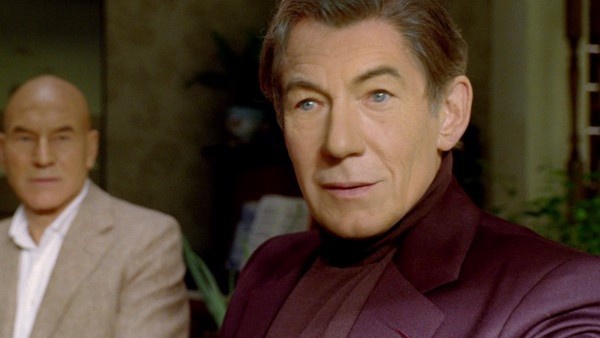 “Like any of the first forays into new effects, these effects by today’s standards seem a bit outdated,” agrees Braekke-Carroll. “But for the time, they were at the top of their game, and also paved the way for the method and ideas we use regularly today. Seeing them on the screen like that ­– I immediately thought that if this was possible, it would be used widely to let the filmmakers add or extend the story beyond the time audiences were used to.”

And sure enough, it didn’t take long for digital de-ageing to spread from superhero movies into other sorts of films. In 2008, we saw Brad Pitt altered to suit a variety of different ages in David Fincher’s The Curious Case of Benjamin Button. Tinkering with actors’ ages had already gone from a one-scene gimmick to the cornerstone of a major star’s big new vehicle. The film went on to get 13 Oscar nominations and three wins.

Want to act your own age? Check out our UK auditions.

When de-ageing took hold in Hollywood

In the years that followed, digital de-ageing continued to pop up in a wide array of movies and on a wide number of actors: Jeff Bridges and Bruce Boxleitner when reprising their roles from 1982’s Tron in 2010’s Tron: Legacy; Robert De Niro and Sylvester Stallone in an opening flashback to 2013’s boxing drama Grudge Match; Orlando Bloom to reprise the ageless elf Legolas in 2013’s The Hobbit: The Desolation of Smaug; and in the 2016 Indian film Fan, Shah Rukh Khan was de-aged so he could play two roles.

Disney also used the technique in 2019’s Star Wars: The Rise of Skywalker on Mark Hamill for a flashback that also featured a digitally resurrected Carrie Fisher. Warner Bros also got in on the action with 2018’s Aquaman, de-ageing Temuera Morrison and Nicole Kidman for a key flashback that established the hero character’s origins.

More than a decade on from Patrick Stewart and Ian McKellen’s de-ageing in X-Men: The Last Stand, this trend is showing no signs of slowing: 2019 also saw de-aged children used in flashbacks for the horror sequel It Chapter Two. And that’s far from all.

Evolution of the technology

“De-ageing is quite a bit more complex now,” notes Braekke-Carroll. “There are even a few different approaches depending on the desired outcome. For smaller and more subtle effects, a digital touch-up or ‘airbrush’ isn’t out of the question. But for the full-screen, full-performance-type effect, it’s usually more of a total digital rebuild of the face and head ­– often using a stand-in body double of similar proportion and build to the original actor.”

Viewers will now regularly witness de-ageing in their local multiplex and on Netflix. Last year’s box-office behemoth Avengers: Endgame, which went on to become the highest-grossing film of all time, used over 200 special effects shots to de-age a wide array of its actors. The film’s time-travelling plot meant that several key talents – including Downey Jr, Chris Evans, Chris Hemsworth, Scarlett Johansson, and Jeremy Renner – had to play younger versions of themselves as well as their present-day characters.

As mentioned previously, Braekke-Carroll and the team at Framestore worked with actor Night for Detective Pikachu: The modern-day version of Nighy played the main villain, but video footage of his younger self was used to set the scene at the start of the movie.

“Bill Nighy in Detective Pikachu presented a difficult challenge,” says Braekke-Carroll. “We had to take archive footage of Bill from the 80s, and make him deliver a new performance. We had lots of footage of a young Bill but somehow had to stitch in the new lines seamlessly. In the end, we used machine-learning and deep fake technology, trained on and combined with the old and new performances to create new frames of the archive footage. This was then blended into the real footage where needed. We were really learning what the technology was capable of as we went along – and it’s got a lot of very exciting future applications, even beyond de-aging.”

Martin Scorsese’s Netflix crime drama The Irishman famously de-aged multiple characters to tell its core story. Robert De Niro, Al Pacino, and Joe Pesci were all made to look younger as the film charted their characters’ lives. Endgame and The Irishman both reminded us that de-ageing can be used for more than just flashbacks – a lesson that Benjamin Button taught us years ago.

2019 also brought us Ang Lee’s Gemini Man, an action film in which Will Smith plays a modern-day assassin and his younger clone. This film featured a real evolution of the de-ageing tech: the young clone character is actually a fully-digital creation. When the young Will Smith is onscreen, what you’re seeing has been totally created with pixels. 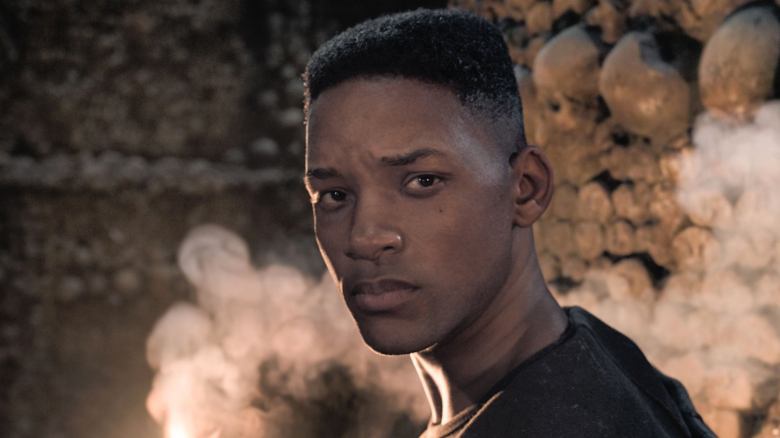 To achieve this, rather than just editing out Smith’s wrinkles in post-production, the film’s visual effects team built a digital doppelganger of Smith’s younger self from scratch. As well as giving us a live-action performance as the older character, Smith plays the young clone role through motion capture – the same way in which Andy Serkis plays his simian role in Planet of the Apes and Gollum in The Lord of the Rings. Now that you can make a mostly convincing person digitally, it’s clear there are vast possibilities for this technology.

What do actors need to know?

As is the case with every burgeoning technology that effects this profession, it’s important for actors to know what they’re letting themselves in for. If you’re thinking of taking on a role that includes digital de-ageing, make sure you discuss it with your agent or your manager until you understand the opportunity fully. If you’re taking on two roles, of course, it’s fair to assume there will be a lot of work involved. Make sure you’re getting a fair deal.

And don’t forget that your acting is still of vital importance. As Braekke-Carroll puts it: “I think that the crucial part of any de-ageing is that it’s all still about performance; it’s the most important part of the process. VFX is getting better and better at de-ageing and other invisible cosmetic effects, but in the end it’s still all about the acting. There is a real challenge for actors to tap into appearing young physically in the performance while retaining whatever essence of the character and performance they have from their older years. I think it’s an exciting and extremely interesting angle that opens up a lot of great opportunities.”

It’s also worth taking the time to understand who owns the rights to what, especially if you’re in a situation where a digital double of yourself is being created by special effects wizards. As Gemini Man’s digital effects supervisor Bill Westenhofer explained in an interview with Den of Geek: “Will still has the rights to his image…you wouldn’t be able to just put Will Smith in a movie without him authorising it.” Make sure you have those same protections if you end up in a similar situation.

And as with digital resurrection of dead actors, an argument can be made that de-ageing is robbing young actors of work – perhaps even of their major breaks. Would Godfather II still be seen as one of the best films ever made if De Niro’s Oscar-winning performance as a young Don Corleone had instead been played by a digitally de-aged Marlon Brando? Would De Niro’s career have followed its subsequent trajectory?

Others point to practical issues beyond the de-ageing technology. No matter how perfect the digital face-job, the movement and gait of an older actor can often be a give-away, as can subtleties like the edge, drive, and magnetism of actors in their prime versus their older, more settled selves.

Yet there are many positives actors can take from the rise of digital de-ageing. Not being constrained by their own age means they can play a wider range of characters. The chance to play younger roles is sure to appeal to a lot of performers – as De Niro reputedly said to The Irishman’s VFX team: “You just gave me 30 more years of my career.” And while hungry new actors may have mixed feelings about that, there could be many more who might jump at the chance to roll back the clock.