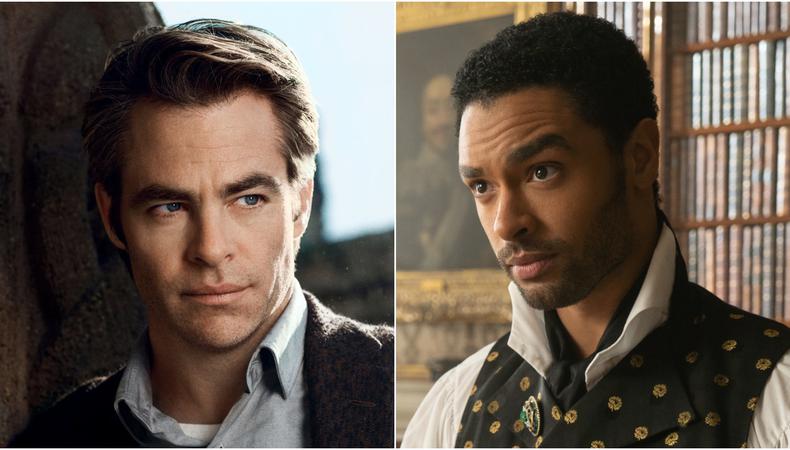 Photo Source: Studio T/Netflix. Pictured – Chris Pine in I Am the Night and Regé-Jean Page in Bridgerton

Dungeons & Dragons
The campaign begins: Paramount’s highly-anticipated Dungeons & Dragons feature is filming now in the UK. Filming started on May 1, rung in by co-director Jonathan Goldstein on Twitter, and has jumped around the UK so far, including Titanic Studios in Northern Ireland. Next up will reportedly be at Wells Cathedral in early June.

Road closures posted by the Somerset County Council confirmed the news, noting that the roads around the cathedral will be closed from June 8–12. Plot details for the adaptation of the popular role-playing game currently remain under wraps, but as we’ve previously reported, Chris Pine will star with Chloe Coleman, Michelle Rodriguez, Justice Smith, Regé-Jean Page, Hugh Grant, and Sophia Lillis. In a recent interview with Variety, Page teased minor unconfirmed details while talking about his time on set, excitedly stating, “It’s a brilliant job. I’m literally paying my mortgage by fighting imaginary dragons.” Goldstein will co-direct with John Francis Daley will direct and write the script based on a draft by Michael Gilio.

Looking to get cast? Check out our UK auditions.
Ashley Steves END_OF_DOCUMENT_TOKEN_TO_BE_REPLACED