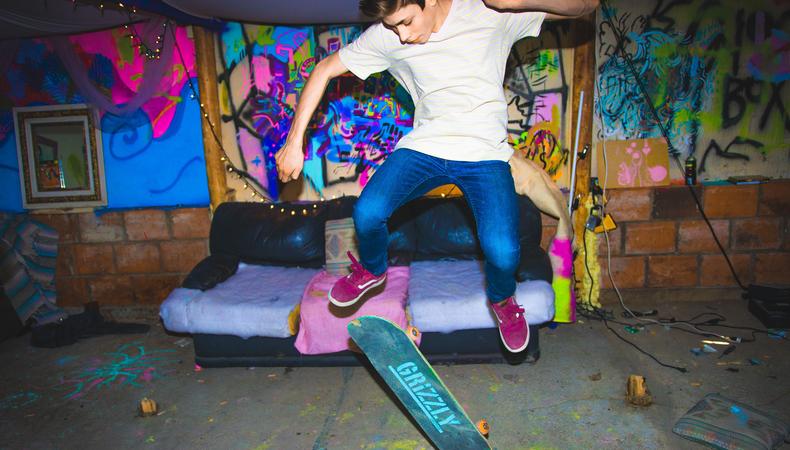 BFI + FILM 4 SHORT FILM
A new short film supported by Film 4, BFI and Loran Dunn’s Manchester-based Delaval Film is holding an informal casting in south-east London and the team are looking for local teenagers. Roles are for those aged 13–17, from all backgrounds and all types of personalities. No acting experience is needed, but the team are looking for authentic south-east London accents and dialects. Shooting is TBC in London and this is a paid opportunity. The team is holding an open casting call at Downham Health and Leisure Centre on 18 May and is seeking local talent. Head to the casting notice for more information and to apply now.

MERRY CHRISTMAS
A University of Sussex student team is casting a range of roles for Merry Christmas, a Brighton-based short film shooting soon. It follows a desperate man on the verge of suicide when he meets an innocent girl and finds a mailbox that can talk to God. Jack is for a male actor, aged 30–40 and from a tough background. Following a lung cancer diagnosis, Jack is desperate and on the verge of suicide. Aimee is for a female actor aged 6–9. From a similarly tough background to Jack, her innocence persuades him to change his mind about jumping from a rooftop. The role requires a young actor with an outgoing personality and acting skills as well as an on-set guardian. These roles are paid a fee of £50 each with travel expenses and meals provided. Merry Christmas shoots in June in Brighton and the team are seeking local talent. There are many other supporting roles for this project for male and female performers, so get yourself to the casting notice for more information and to apply now.

UNDER DICKENS’ WING
Short period drama Under Dickens’ Wing sees the Victorian novelist’s daughter Katey eclipsed by her father’s success and deciding on her future. The team are casting for three supporting roles in the story, husband Charlie and the artist John Everett Millais. Charlie Collins is for a white male actor aged 30–40. Katey’s husband, he’s chronically ill and has no interest in her artistic development. The team are looking for a performer with ginger hair. John Everett Millais is for a white male actor aged 30–50. A now-famous painter, he’s a perfectionist, sharp in manner. He’s sketching Katey for his painting The Black Brunswicker. Chaperone Lady is for a white female actor aged 50–70. Katey’s chaperone, she’s strict, sharp in manner and lives by the rule that women should only consider art as a hobby. The film rehearses in the last week of May and shoots into the first week of June at Two Magpies, Alston Studios, north London. The roles are paid at £100 per day with meals and a copy of the film provided. Head over to the casting notice for more information and to apply now.

GUARANTOR
Student film Guarantor follows a man who wakes in a strange office to be greeted with the news that he is dead and set to spend the rest of eternity in hell – unless he can overcome a bureaucratic application system. The team are casting for the male lead and male supporting role. Jeremy is for a male actor aged 18­–35, upbeat, cheery, and an unserious attitude. He works on the belief that he’s the funniest person in the room. Dan is for a male actor aged 18­–35. He’s terrified and confused. Timid, he’s in an unfamiliar situation and unsure if he’s able to do the right thing. He can’t help taking things seriously and doesn’t have any sense of humour to spare. The team are holding auditions on 18 May and the film shoots 25–26 May in London. Roles are paid at £50 per shoot day with travel expenses covered. The team are seeking performers based in London. Head across to the casting notice for more information and to apply now.

AN ASSASSIN
Filmmaker Adam R Kennedy is casting for short film An Assassin, shooting in Kent in June. The story follows a hired killed named 7 as his mental state deteriorates following each paid kill. 7 is for a male actor of any ethnicity aged 27–32. An apathetic, depressed, and psychopathic killer, he’s full of stares and silences. You’ll need to have an English accent and be in good physical shape. Eric is for a white male actor aged 48–63. A police superintendent, he’s arrogant, proud, smart, and defiant – a character that carries a lot of presence. The filmmaker is looking for actors with a British accent and a deep voice. An Assassin shoots 5 June in Tonbridge, Kent and roles are paid at £50 per day. Head over to the casting notice for more information and to apply now.