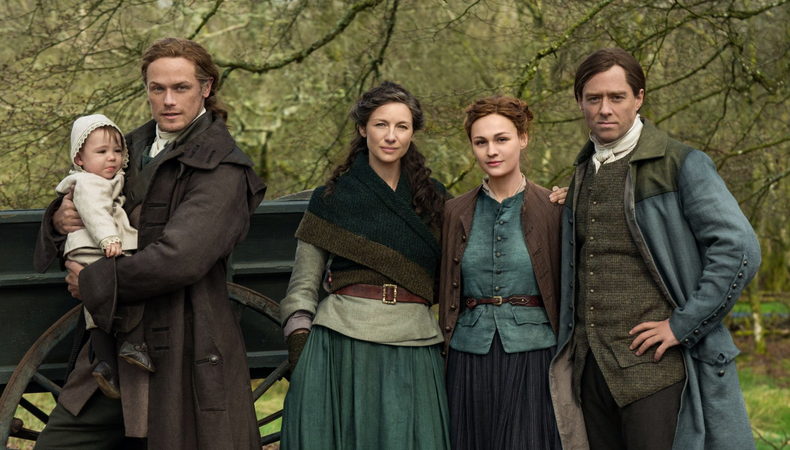 Outlander 6
A sixth instalment of Starz fantasy adventure series Outlander is shooting this spring, with the story heading to the new American colonies and approaching the tumultuous War of Independence. Adapted from Diana Gabaldon’s Outlander novels, co-stars Caitriona Balfe and Sam Heughan return to screens as Claire and Jamie for the launch of Series 5 next month – along with rumours of spin-offs that could see Lord John Grey take centre-stage: Speaking to Deadline, Starz CEO Jeffrey Hirsch said: “There’s a lot of opportunity in the Outlander universe to have story extensions, spin-offs or sequels... There’s the next generation of cast in the show, which could be a rich story.”

And Outlander is set to be around for some time yet. According to Hirsch: “As long as the fans continue to crave the story, we’ll continue to have Outlander on the air.” He added: “We think there’s a lot of opportunity in the Outlander universe to have story extensions, spin-offs or sequels.” So, it’s a pretty good time for actors to get involved with the successful Starz franchise.

Balfe and Heughan will continue into Series 6, which begins shooting in May. Casting director Suzanne Smith is confirmed to be attached.