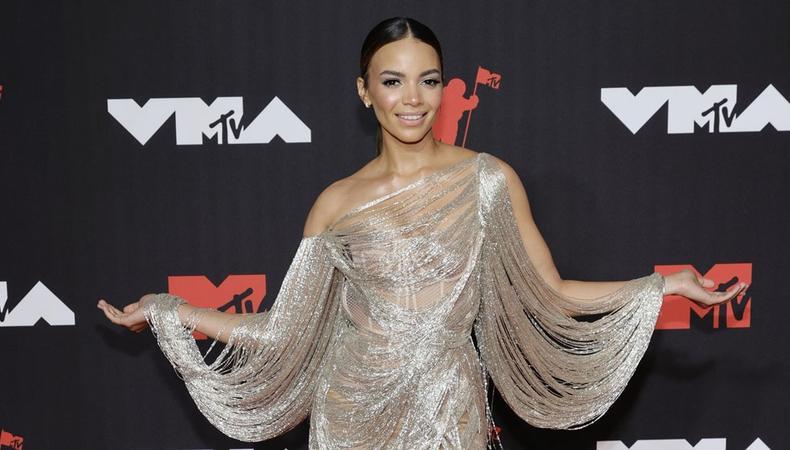 It’s wings up for Batgirl in Glasgow as filming for the upcoming Warner Bros./DC/HBO Max feature film starring Leslie Grace has officially begun. Check out all the recent set photos and learn more about the project below!

Batgirl is finally in action in Gotham, a.k.a. Glasgow! The upcoming feature stars Leslie Grace in the titular role. The In the Heights actor recently shared a first look of her in costume on her Instagram as filming for the HBO Max project has ramped up in Glasgow.

Glasgow Times recently shared photos of the star on set with crew members in Trongate as the streets got a holiday makeover with fake snow and Christmas markets. Grace was also spotted with her costar Ethan Kai near Glasgow Cross shooting a scene. The project has also been filming at the abandoned Botanic Gardens station, where crews were seen handling a Gotham Transit Authority subway car.

The Warner Bros./DC feature will continue to film around Trongate and Saltmarket for the next few weeks, as well as in George Square in February and March.

Batgirl is set to premiere on HBO Max later in 2022. Kristy Carlson and Kate Ringsell are the casting directors behind the upcoming project.

Looking to get cast? Check out our UK auditions.
Ashley Steves END_OF_DOCUMENT_TOKEN_TO_BE_REPLACED