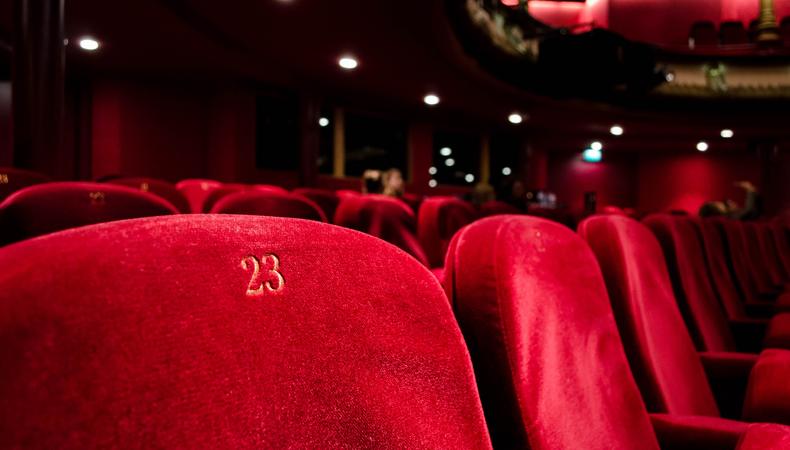 If you feel like Oscar Wilde when he said: “I love acting. It is so much more real than life…” then you’re in the right place! With industry news, the latest castings, and upcoming projects, we’ll make sure you stay updated on the ever-changing theatrical world. Whether it’s West End, fringe or regional theatre, we have your back.

A new West End theatre is coming.
It has been almost 50 years since a new West End theatre has been built, but all that is changing. Construction has already begun on a £195 million project: a new 600-seat theatre operated by Nimax Theatres, situated above the new Tottenham Court Road Crossrail station. The theatre will be a part of what is called the Soho Place development, which will include two buildings of nine and 10 stories of office space and retail. Laing O’Rourke is the construction company heading the project, which is due to be completed in November 2021, for developers Derwent London. We can’t wait to see what exciting show will open this historic theatre.

Andrew Scott returns to the stage.
Known for his role as the demented Moriarty in TV’s Sherlock and his recent turn as the Danish prince in the Almeida’s Hamlet in 2017, Scott is returning to the stage. This time, he’ll star in Noël Coward’s Present Laughter at the Old Vic, described by its director Matthew Warchus as a “laugh-out-loud sex-comedy” with “surprising depths.” Scott will be joined in the cast by Sophie Thompson, Luke Thallon, Suzie Toase and Indira Varma. Running from 17 June, the production is designed by Rob Howell, with lighting by Hugh Vanstone and sound by Simon Baker.

Everybody can keep talking about Jamie.
The West End hit Everybody’s Talking About Jamie has announced an extension to its Apollo Theatre run. Tickets are now on sale until January 2020, so audiences will have many more chances to see new star Layton Williams in the title role. Fresh from winning the WhatsOnStage award for Best Original Cast Recording, the show has enjoyed a golden run since its opening at Sheffield’s Crucible Theatre in 2017. Directed by Jonathan Butterell with choreography by Kate Prince, the show follows young Jamie as he comes to terms with who he is and how to truly be himself. Music is by Dan Gillespie Sells, with book and lyrics from Tom MacRae.

Prescient theatre in a revival.
Philip Ridley’s one-act play Vincent River is to transfer from the Park Theatre to Trafalgar Studios, with original stars Louise Jameson and Thomas Mahy reprising their roles. Jameson is best known for her TV appearances on Doctor Who and EastEnders on top of an already-vibrant stage career, while Mahy made his debut in Vincent River in 2018, a year after graduating from Drama Centre. Robert Chevara directs this surprisingly prescient play, originally staged in 2001, about a woman dealing with the murder of her son in a homophobic hate crime.

Don’t worry, ladies, Mike is sticking around.
Magic Mike Live, a “360-degree dance and acrobatic spectacular,” is extending its West End run. Based on the films Magic Mike and Magic Mike XXL, the show is co-directed by Channing Tatum, the star of the films, and Alison Faulk, with Teresa Espinosa as associate director. The show opened in November 2018 at the London Hippodrome Casino in a specially converted 325-seat theatre space next to Leicester Square. Tickets are now on sale through to January 2020, though you must be at least 18 to attend.

Full cast announced for a Tennessee Williams co-production.
Theatre Clwyd and London’s Menier Chocolate Factory are co-producing Orpheus Descending, a play by one of America’s greatest playwrights, Tennessee Williams. Catrin Aaron, Michael Geary, Valentine Hanson, Jenny Livsey, Laura Jane Matthewson, Mark Meadows, Ifan Meredith, Ian Porter, Jemima Rooper, Carol Royle and Carrie Quinlan make up a cast led by Hattie Morahan and Seth Numrich. Morahan is Lady Torrance, whose small-town life is thrown from its normal patterns when a mysterious musician Val (Numrich) arrives and turns everything on its head. Playing first in Wales in April, then in London in May, the production is directed by Tamara Harvey.

New revival from a prize-winning playwright.
Winsome Pinnock, winner of the Alfred Fagon Award in 2018, will re-work his play One Under for a co-production by Graeae Theatre Company and Theatre Royal Plymouth. The production, directed by Amit Sharma, will feature a cast of actors with and without disabilities and will include audio description and captioning as an integral part of the show. Commissioned by Ramps on the Moon, the show will open in October 2019 in Plymouth before touring various playhouses around the country. The story follows a train driver’s search for answers about the boy who took his own life by jumping in front of his train. Further casting and creative team are to be announced.