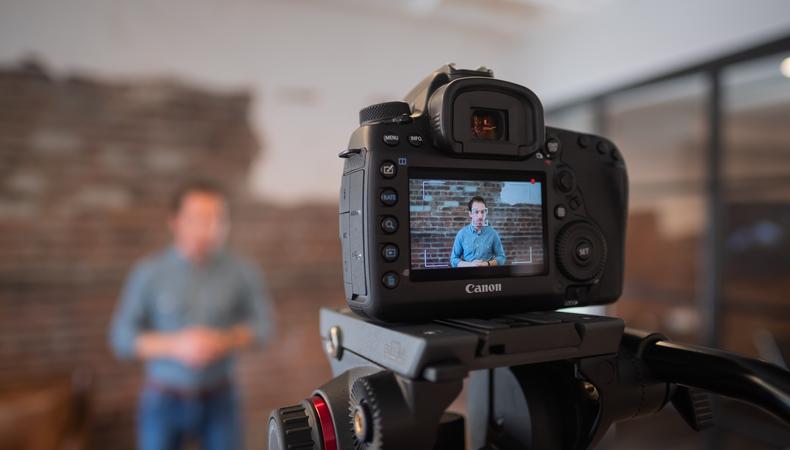 If there’s one thing casting directors can agree has changed in the industry, it’s the technology behind casting. These days, CDs can send someone to set in a different country without ever being in the same room as an actor. Or they can consider actors from all over the world for parts they cast. It’s all thanks to self-tapes. A CD will remember a stellar self-tape audition and consider that actor for future roles based on that one submission—just like they would for an excellent audition in the room. So, how can you create a self-tape audition that will leave a lasting impression? Below, seven CDs share their advice for actors recording their own auditions.

Think of small ways to make your tape stand out.
“It’s just that they’re believable in the role. They don’t even have to do anything too much. It’s when the person’s alive on tape, so when they’re not speaking, they’re still in character and I believe them. When they listen to what the other person’s saying, react, and they’re in character and on it. And it’s interesting. You don’t have to have too much with props or too much costuming, but even when people do that, it can be fun. Someone was doing self-tape, they were being shot, and they added in sound effects or bullets, and it was surprising, it was fun, because directors get bored listening and seeing the same thing over and over again and sometimes somebody will do something so random, but it’s charming, and it’s nice.” —Luci Lenox, “Snatch”

Embrace the element of control.
“I do think in some ways it gives the actor a bit more control over their career. When you self tape for something, you are really in control of that self-tape. There are tremendous benefits to going into the audition room and meeting the CD and the director and producer and getting inside notes about the character and really working with them and forming that relationship, but I think one of the benefits to self-taping is you are in control of that. You can do as many takes as you like, you can add maybe an element of props or costume or setting, you can film it as a little movie, you don’t have to send it until you feel it’s ready, and you can watch it back. That’s a bit of a change which I think can be daunting for acting but if you look at the positive side, it can be something that can be useful to actors.” —Rich Delia, “The Long Dumb Road”

Find a good reader.
“We want the tape to be of good quality. It doesn’t need to be with a cameraman, but we want to be able to see their faces, and we want it to be shot well. Ideally, it’s great to have a good reader because sometimes that can destroy an audition. We saw one where a guy was reading the stage directions in between the lines.” —Rob Kelly, “The A List”

“It’s helpful if they can read with somebody who helps them. I’ve had some funny ones that come from a set where they’ve gotten a European cameraman reading in pidgin English back to them, and it isn’t really helping them. I know it’s tricky is when an actor hasn’t got a human being to read, but it’s not helpful when they’ve recorded the lines or there’s a program on the internet that is saying their lines and it’s a bit robotic. If it’s a dialogue, always try and get another actor or somebody who can read with an element of understanding to give you something to work off of. As CDs, we can see through the technical problems. I wouldn’t like to get people too hung up about looking professionally shot because if you’re playing the part well we can see that. We can get you to do it again with notes if something needs to be fixed. Then, we’ll present it to the director and it will give you a better chance. So there are sometimes useful tricks to the trade but ultimately it isn’t the style around it that you’re looking for. It’s the quality of the interpretation. —Rachel Freck, “Howards End”

Following the CD's instructions is the safe bet—but taking a risk can pay off.
“We send out self-tape instructions that say tape yourself against a light colored plain background, mid-shot preferably showing head and shoulders with good lighting. We have these standard things, but actors sometimes break rules. Some of the best self-tapes that I have seen have been when they’ve broken all of those rules and it has gotten them the role... A self-tape that comes to mind from the Einstein season of “Genius” is one for a Nazi role. The character was getting out of a car and then he was shooting someone and then he was getting back in the car. The actor added sound effects. It was set in his living room on a chair, but when he was driving, it was like the noise of an engine and then he would open the door and there would be the noise of the door opening and the camera followed him and the movements were cut together. It was an incredible self-tape, and he got the role. The risk is, sometimes it works, and sometimes it doesn’t. If you want to be safe, and you don’t know what the team is like, use a light background. No matter what you do, we should be able to see the actor.” —Rose Wicksteed, “Genius”

Include a slate.
“Have a separate take where the actor shoots themselves and says their height and we can see their full body shot and do an introduction. If we’re casting someone from another country, and potentially no one is going to meet them, I want to see what they’re about. That’s really helpful. It should be well-lit, and we should be able to hear you. Sometimes I receive self-tapes and I’m not sure that the person watched the self-tape back before they sent it. I’m talking on a superficial technical level. It’s always helpful if someone completely separate has a look, not at the acting or acting level, but to consider the tape quality and ask, ‘Does the tape have what I would need in order to determine whether this person can be good for a role or not? Can I actually see the person’s facial expressions and all the things that we need in order to cast them?’ Watch the tape back and put yourself in the seat of the CD who hasn’t met you and ask if it is strong enough to say yes, let’s go for it.” —Wicksteed

Be confident, but not cocky.
“Natural acting and understanding the piece and the character. Sometimes what we like is someone just taking a chance or taking a different direction. We like someone who could maybe go and do something different with the piece, and it may or may not work but that’s exciting for an actor to just do something different. It makes them stand out. Just be very natural. Confidence is another thing. You’ve got to have confidence because you’d be leading a show. We don’t want someone who’s too cocky, but we also need someone who can hold their own.” —Kerrie Mailey, “The A List”

Pay attention to the camera angle.
“I think every actor needs a lesson in how to self-tape. I’m not talking about the actual acting—it’s just where the camera should be. If that’s all we’re watching, you just want the camera angle—whether it be an iPhone or a computer—to be at a better angle. That’s a technical thing I would say to every actor. Go test that out because it’s so wonderful to be able to get these self-tapes and these auditions. I’ve watched so many people get hired this way. They can’t be in the room, but yet they get to be a participant now.” —Bernie Telsey, “This Is Us”

Elyse Roth
Elyse is a senior editor at Backstage, where she oversees all casting news and features content, including her weekly casting director Q&A series, In the Room. She came to New York from Ohio by way of Northwestern University, where she studied journalism, and now lives in Brooklyn. She might see and write about awards-worthy films, but Elyse still thinks “Legally Blonde” is a perfect movie and on any given night is probably taking in some kind of entertainment, whether it’s comedy, theater, ballet, or figuring out what show to binge next.
END_OF_DOCUMENT_TOKEN_TO_BE_REPLACED