7 Stars on the Bankable Behavior That’s Kept Them Acting 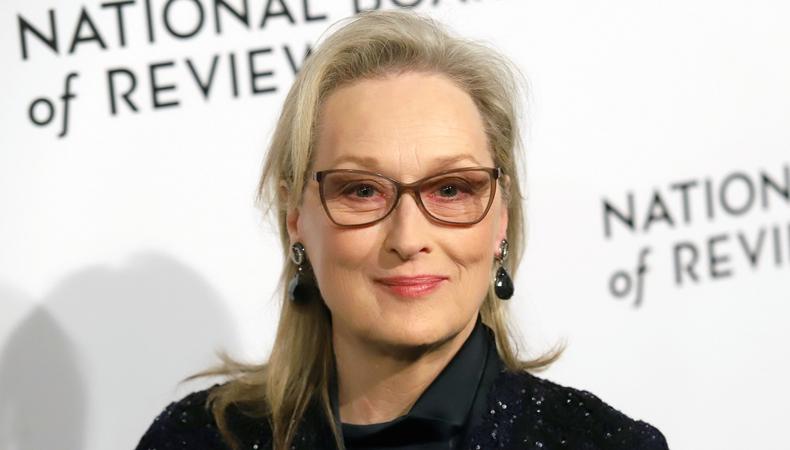 War stories abound in an industry that can come across as a piranha tank more than a creative field. Faceless auditions, competitive casts, self-serving and arrogant careerists, and on and on. If working in “entertainment” were really as negative as all that, why would anyone want to do it? Because that isn’t the full story, of course. In fact, those elements make up only a fraction of what goes down backstage and on set. There are countless acts of kindness that often get forgotten or overlooked in the stressful and demanding pursuit of high standards and the next role. But mutual respect is the glue that holds together all the different factions of each production. Here are seven tales of kindness, linking generations of actors, producers and casting directors with auditioners, and talent with their family.

Josh Lamons, “The Prom”
“Kindness is key in this business. We have all chosen to pursue one of the craziest and stressful careers on earth. We face rejection every day. It’s never (usually) personal, but it certainly can feel that way. So why make things harder?.... The only thing in our control is showing up prepared, passionate, and present. I’ve heard people say they view their competition as ‘the enemy.’ I believe that point of view is poisonous. That ‘competition’ is a member of my tribe. We are a small and hard-working community of people that chose something difficult only because this art form is so special to us. So let’s celebrate that. Let’s be kind and loving.”

Lynn Meyers, Producing Artistic Director for Cincinnati’s Ensemble Theatre
“[It’s memorable i]f an actor is incredibly polite to the people who work with me on these audition days, if I note an actor is kind, early, considerate of somebody else who may be struggling. Being prepared sets you apart. Know what you’re going to do, walk into the room, and be ready to deliver it. Being prepared, being patient, and being kind are the three things I want. I don’t hire actors; I hire people who are actors.”

Meryl Streep, on working with Jane Fonda on “Julia” early in her career
“I was so nervous because all of my scenes were going to be with [Jane Fonda, who] had this almost feral alertness, like this bright blue attentiveness to everything that was around her that was completely intimidating—and made me feel like I was lumpy and from New Jersey, which... I am. [She said] Look down… over there, that green tape on the floor, that’s you. That’s your mark. And if you land on it, you will be in the light and you will be in the movie.... And all of the young actors I’ve worked with subsequently, in the years following, thank you, too, because that lesson and kindness got passed down. And it does keep going.”

Adam Saunders, Actor-Producer for “Shimmer Lake”
“Because I am familiar with what these actors are going through and how nerve-wracking it can be, I try to create as actor-friendly a set as I can. When we’re scheduling and boarding out the film, I will say, ‘OK, let’s mark the emotional journey of our main actor,’ because I don’t want to open and on the first two or three days have them blowing out their most emotional scenes or something that should be a climactic moment. We’re building to help them get their sea legs. And look, people, we’re casting in these leading roles are pros and they’ve done this a million times and they can work under any circumstance, but that being said, I think they appreciate it when we create a safe space that allows them the room to do their best work.”

Saima Huq, Founder and Producer of Always Love Lucy Theatre
“Ask your co-stars if they want to run lines. Ask the stage manager/director if you can help get props, take promotional photos, etc. At one play I was in, co-stars bonded before performances by setting up ‘the restaurant’ we were all in, making flower arrangements as centerpieces, running lines together, helping each other set props.”

Cameron Crowe, on Directing Tom Cruise in “Jerry Maguire”
“We hired this young actor, spent two or three weeks filming with him.... And the kid just kind of ran out of gas and announced to the room, ‘I don’t want to do this.’ There was such simple conviction in the way this young man said he didn’t want to do this that we knew we had to replace him.... Tom [Cruise] understood it and was great about it. The mother of the first kid calls the office. I got on the phone and she says, ‘Will you please tell Tom Cruise thank you for the way he has kept in touch with my son, sent him letters and gifts, and just let him know all is well? It really helped my son. He’s over it now, he’s fine, and Tom did a beautiful job helping him transition back to his life.’ [When I asked him,] Tom said, ‘I just didn’t want that first actor to go to the movies, look at the screen and think he’d failed. I wanted him to love movies, his entire life.’ That is the quiet way Tom Cruise conducts his professional life.”

Erinn Westbrook, “Insatiable”
“Focus on building relationships with people who encourage and support your dreams, who are ambitious themselves and who, when you find success, don’t resent you, but instead celebrate with you.... If you are lucky enough to work as an actor, remember that not everyone is. I am a firm believer that good things happen to good people. Kindness and humility go a long way.”