How to Start Doing Voiceover Work Later in Life 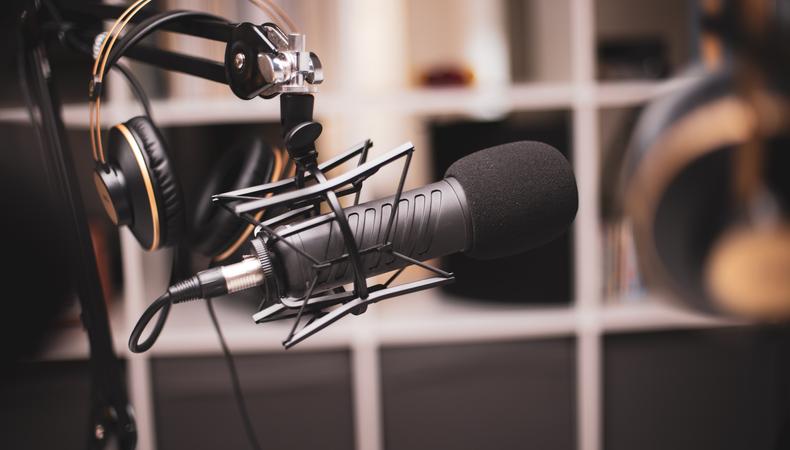 I performed theater during high school and college, and always wanted to be a stage actor. Despite exploring radio and TV after college while working as a cocktail waitress in Rhode Island, in my soul I knew I had to go to NYC and pursue my dream. So, I did and I went to auditions as I worked as a bartender. I performed in a classical comedy company, at children’s theaters, and had a walk-on part on the soap opera “All My Children.” Then, I was ready for a regular job and went to work at the Guggenheim Museum doing public relations and special events. After a few years, I was ready for a job that paid real money so I went to Wall Street and became a stockbroker. After a successful career there, I was ready for “Sesame Street” and had kids.

It was my own mother who periodically asked me about my plans for returning to work. I began to ask myself, what do I want to do for me? What kind of job could I have that would work for my family? Could I go back to being a stockbroker? No. Could I be a broker to the brokers? Maybe, but I didn’t want a job that wouldn’t allow me to care for my family during the day. Then it dawned on me: The one thing that always made me happy was performing!

I took to the books and looking through available classes, happened across one for voiceover. I knew nothing about voice acting, but was intrigued by the description and decided to take it. Within five minutes, I was standing up with a script in my hand and I knew I had found it. That was 2003. Now, years later I’m living the dream I came to New York for. I just didn’t know it was going to look like this!

It’s never too late to start a career in voiceover. If you have a background as an actor like me, use your past experience to help you. Any acting classes and training you’ve had will pay off as you’re still a character behind the microphone, in conversation with someone (even if it’s yourself), and drawing on your emotions to tell a story.

Here are seven simple tips for making the transition into VO later in life.

1. Learn everything you can about the business

I spent over two years of training one-on-one, every week, in person with a coach. During that time I learned about the business. I read every book, studied commercials, practiced reading advertising text from medical journals and popular magazines, and researched casting directors, agents, and other voice talent. Do your homework.

2. Train, train, and train some more

It took many years of learning to have a business that I was ready to present to the world. I needed to learn mic technique and how to be less dramatic in front of the mic since I was accustomed to acting on a stage. I learned how to interpret copy, how to edit audio, and trained my ear to hear my own mistakes of sloppy pronunciation. I planned and created marketing materials, developed a website, and prepared to create a demo once I was on solid enough footing with all of the components. Now my voice can be found around the world, even in places I haven’t visited yet.

3. Find someone who supports you

When I started booking jobs, my coach’s support for me as a student withered. I didn’t know if she was jealous—she was at the end of a lifetime career in VO and transitioning to a full-time cabaret singer as I was beginning mine with energy and promise. I was at the precipice of a very different world of VO and I don’t know if she had just reached her capacity for being my cheerleader. Whatever the case, it made me sensitive to finding other coaches where there would be no sense of competition. Happily, I found people who fit the bill.

There are countless Facebook groups of voice actors as well as countless voiceover conferences such as World-Voices Organization (WoVO), VO Atlanta, and Voxy Summit. There are countless online and in-person classes to take and countless teachers you can study with in-person or online. Some of these options are free and some aren’t. In short, there’s no shortage of places and people to learn from.

5. Be inspired by your surroundings

Voiceover is everywhere—on TV, in your car, on the subway, in podcasts, in hardware stores, in drug stores, etc. Listen to the delivery. Listen to the tone of the voice and the attitude. Who are they talking to? Who do you think is talking to you? One of my favorite ways to find new characters is by walking on the streets in NYC and overhearing people’s conversations and accents. No sooner do I pass someone and catch a glimpse of their voice than it’s in my mouth and I’m playing with the sounds like a new toy.

Your community can start with your peers, but it shouldn’t end there. I continue to network and develop personal relationships with agents, casting directors, production studios, writers, and visual artists to build a crew of creative colleagues to collaborate with.

7. Bring all of you to the table

Clearly I’ve done lots of different things in my life and each of them has helped me in whatever I chose to do next, even if the connection wasn’t immediately apparent. My writing and editing skills from the Guggenheim, my client building skills from Wall Street, and my multitasking skills from raising three kids in NYC. They’ve all helped me to be a better professional to those I seek to help and a better person overall. I continue to be grateful for the opportunity to do what I love, be who I am, and delicately balance the various roles I play in life.

One final word of advice: The fastest way to reach your goal is slowly! Take your time and you’ll be fine.

Debbie Irwin
Debbie Irwin is an NYC-based award-winning voiceover talent who has been the voice of the Statue of Liberty on the landmark’s audio tour, major international museum audio tours, the voice of Big Pharma, documentaries, commercials, corporate narrations and the Voice of God for live awards shows. Her expertise is medical narration.
END_OF_DOCUMENT_TOKEN_TO_BE_REPLACED