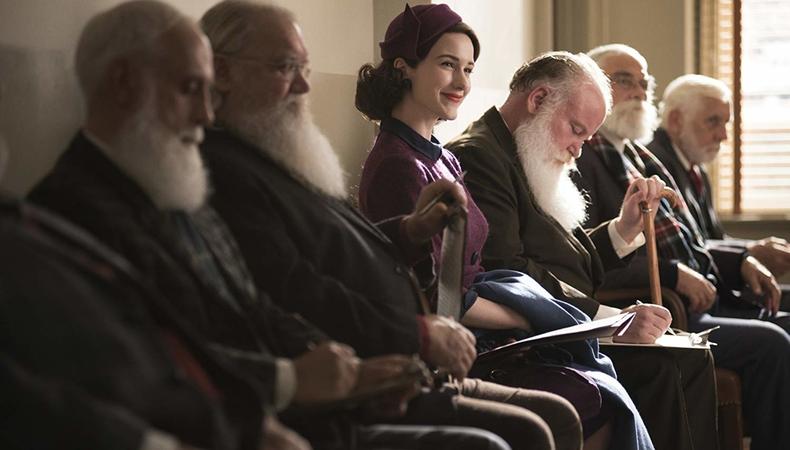 You might have a lot of people in your life who can give you acting advice. Guidance from people like drama teachers, actor friends, and even your representation is important, but it’s not likely you have a casting director you can go to when you’re prepping for your next audition. In place of a CD on speed dial, this year’s Emmy-nominated CDs spoke to Backstage to share their go-to advice for actors so you can use it when you’re prepping to win your next role.

“Make the most of every audition, be prepared, do the homework going into the room, and think about going into that audition to win the room and not the role. Only one person can get the job, but a CD isn’t only ever casting just that role, they’re casting parts they don’t even know exist yet. The CD is going to remember people who come in and do good work even if they didn’t get the job so make the most of your time in that room and think about longevity and not just landing that part that you’re going in to read. Trust that if you’ve done great work, the CD is going to remember you for other things.”
-Jeanie Bacharach, “The Marvelous Mrs. Maisel”

“The thing about casting is that you do want to find the person for the part. If there is something that is right about you for the role, and if your choice was maybe not the choice that’s best going to tell the story that the director or the writer wants, then you make an adjustment. I will sit there and I will work with actors, but there’s so much about casting the part that you as an actor cannot be everything. You cannot twist yourself into a pretzel and say, ‘But I could have been this.’ There are so many factors that go into casting that the actor is not privy to that the actor just has to feel good about what they did in the room and then leave it in the room.”
-Cindy Tolan, “The Marvelous Mrs. Maisel”

“Only become an actor if you absolutely have to because it’s difficult to do. You have to get ready to put up with a lot. There must be incredible highs but also a lot of disappointments and rejections and learning to accept that as part of the whole of the job.”
Nina Gold, “The Crown” and “Game of Thrones”

As an actor, you want to empower yourself and use your own common sense to make decisions instead of letting other people tell you what’s smart or what’s best. I think that most of us know the answers to most questions if we think about it in common sense terms. You don’t want to do anything that you wouldn’t do any time you’re meeting someone you hardly know for a very short time, in terms of what you do in an audition. You want to do the work, do it as well as you possibly can, and be polite.”
-Alexa Fogel, “Atlanta”

“Take the work that’s in front of you. It may be under five lines but take the work because of who you might be working with, who you might meet, and what you can add to a demo reel. If you’re offered a role and you feel like it might be less than you, you need to also take into account all the other things that come with booking a role and being on set and meeting people. There are directors and producers that come back and work in Atlanta over and over and over and they remember actors they put in movies and TV shows. You may do one day on a feature but when that director or producer comes back, they want you for something bigger and better because they remember you. They thought you were really experienced, you showed up on time, and you knocked it out of the park, so they come back and they wanted to keep using you. Some actors turn down work because of all number of reasons. Sometimes you can get a little distracted from the goal. If you want to be an actor and you get an acting job, you get to do what you want to do, so go act.”
-Tara Feldstein, “Atlanta” location casting

“It comes down to confidence for me. If I can give anything to every actor that walked in a room, it would be confidence because that is something that stands out, is unique, and is attractive to other people. Yes, you have to have so many pieces: luck, timing, talent, and you have to have a certain energy, all those things, but confidence is such a common denominator of people that succeed in the business and I think other people want a piece of it. At times, I think if actors read more about psychology and their soul it might be a better learning curve than just doing technique or audition classes. Knowing oneself is really what cameras, film, and TV pick up on. I believe something magical happens between a camera and a performer in that exchange, and that is what people want to watch.”
-John Papsidera, “Westworld”

“Humor isn’t something that you can look on a resume. Somebody who’s done a lot of comedy, I look at their resume and they have some comedy credits, they’ve done it before, but I’ve read people who have comedy credits who have come in and they aren’t funny and I’ve read people who have no comedy credits on their resume and are funny. I think it’s a crapshoot, I just have to have the material and see if they make it funny. There are so many different types of humor that you just have to match the right kind of sense of humor a person has to the right role. It’s very hard to describe casting comedy. What I look for is if I laugh in the room then I know they’re funny when I’m reading them. If I get distracted when I was reading with them or they make me laugh then I know they’re funny. It is as basic as that.”
-Jennifer Euston, “GLOW”

“We are all just doing our best and when our paths cross, it is with the shared objective of success on both our parts: getting the role cast. That is all they need to know, really, that I’m definitely taking the time to be in the room with them because I think they have a shot at either the thing they are auditioning for or for something in the future that they don’t know about.”
-Carmen Cuba, “Stranger Things”

Elyse Roth
Elyse is a senior editor at Backstage, where she oversees all casting news and features content, including her weekly casting director Q&A series, In the Room. She came to New York from Ohio by way of Northwestern University, where she studied journalism, and now lives in Brooklyn. She might see and write about awards-worthy films, but Elyse still thinks “Legally Blonde” is a perfect movie and on any given night is probably taking in some kind of entertainment, whether it’s comedy, theater, ballet, or figuring out what show to binge next.
END_OF_DOCUMENT_TOKEN_TO_BE_REPLACED