Akiva Goldsman on How ‘Star Trek: Picard’ Aspires to Go Where No One Has Gone Before 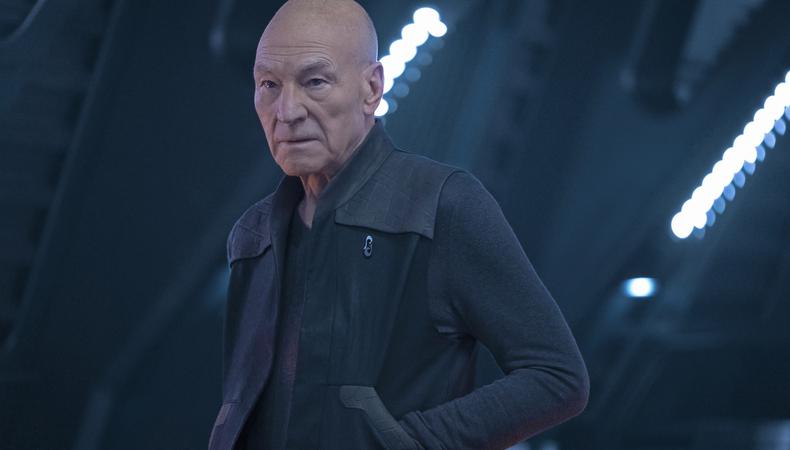 To boldly go where no one has gone before isn’t just a classic phrase that will be familiar to “Star Trek” fans. It’s also the perfect way to describe what executive producer, writer, and director Akiva Goldsman and the rest of the team behind the CBS All Access series “Star Trek: Picard” is trying to do.

The sci-fi-adventure drama follows Jean Luc Picard, played by the venerable Sir Patrick Stewart, after his time as the captain of the U.S.S. Enterprise. Goldsman tells Backstage that from the beginning, the legendary actor charged the team “to not do what had been done before.”

Inspired by the film “Logan,” Goldsman’s team considered what a post-modern view of the “Star Trek” universe and Picard himself would feel like. Given this rare opportunity to revisit such a beloved character 20 years later, they wanted to go underneath the expectations about what would have happened to the captain and account for the time passed.

To Goldsman, Stewart created a standard of acting in the franchise which lended itself to a different opportunity for TV drama. Working with Stewart “quickly became the delight of working with an actor who is top of his craft.... He’s not Sir Patrick Stewart for no reason. He’s fun, he’s funny, and he’s great to have a glass of wine with, or two. And he’s a collaborator,” Goldsman adds. “Literally this morning, [showrunners] Michael Chabon, Terry Matalas, Patrick, and I were on a Zoom talking about the first three episodes of next season. We have different life experiences and different ages, but we were kind of like four kids in a sandbox.”

Goldsman, a long-time fan who went to his first “Star Trek” convention in 1974, is no stranger to working on the franchise or in the sci-fi genre; his résumé includes projects like “Star Trek: Discovery” and “Fringe.” What he finds himself most drawn to in science fiction is usually when it’s about “familiar folks in unfamiliar circumstances or a person who is as you and I might be, but with one particularly exceptional trait.

“I like carnival mirrors. I like the idea that we see ourselves more clearly by seeing slightly altered versions of ourselves,” Goldsman explains. “I think that there’s something very interesting about that ability to generate empathy.... ‘Star Trek’ in particular has always been good at that, the idea that in science fiction it’s easier to understand that which links two alien races than it is sometimes for us to see how we are like the people staring across the table from us. It’s sad and yet true that somehow we can do things in fantasy and science fiction that we have more trouble doing in real life.”

During Goldsman’s time as a writer for film and TV, he’s found the two mediums have inverted somewhat. When he was younger, he found TV was for everyone while movies were for who found them. Now it’s films that need more of a global appeal, thanks to how expensive the movie-making process and advertising can be. 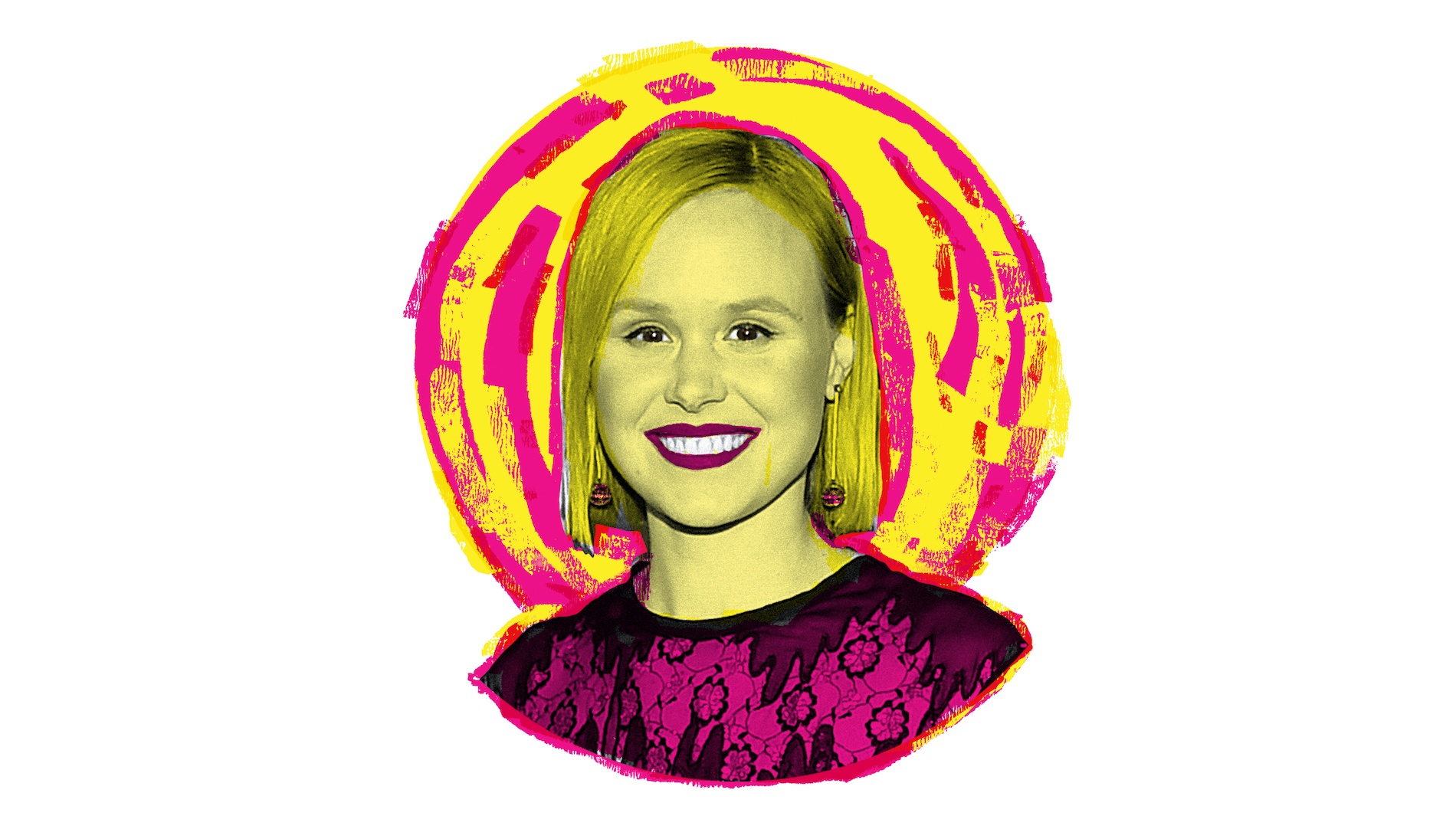 Alison Pill on the Unlikely Timeliness of ‘Star Trek: Picard’ + How She First Fell in Love With Acting

“Meanwhile, somewhere along the way, Netflix figured out an algorithm where if you, I, and 10 other folks liked a show enough they’d probably make it for us because they can figure out how to monetize it,” he says. “That’s created an opportunity for more in a funny way, in two ways. In one sense, because [of] the proliferation of platforms. There are just a lot more opportunities to create filmed objects and eight and 10 hours to tell a story, which is the onset of modern serialized television, is really extraordinarily delightful. You can just do more in eight or 10 hours than you can in two. Now I think I vet projects more on, how much space do they want? Is it better to tell them close-ended or open-ended? Things like that.”

When Goldsman started out in the 1990s with no connections (before winning an Oscar for the screenplay of “A Beautiful Mind”), the way to join the industry was to write your way in. But that’s changed too, he says. “The world was bigger then, in a weird way. Places were further from each other and industries were separate and we didn’t really know everything about everybody. If you wrote something distinctive, people, if you could somehow get it into the system, might notice it. Today I think I would shoot a thing. You couldn’t do that then. There were no iPhones. There was no opportunity to make an object that people can see. I think today I’d probably write a thing and film it and get it on the internet. Apparently people watch that internet thing.”

While productions everywhere have been on hold due to the coronavirus pandemic, that hasn’t stopped work on “Picard”—and what’s happening in the word is informing the show’s storytelling, something that Goldsman says “Star Trek” has been keen to do anyway, as it’s “not value-neutral.... We aspire. We create the future. We fabricate the future we aspire to. It’s multicultural, diverse, empathetic, democratic, and all the things that we who make ‘Star Trek’ want it to be, which it could be. Certainly, what’s happening culturally right now is resonant for us and we’re trying to be very thoughtful and aware of how that speaks to storytelling.”

As for the pandemic, Goldsman points out that while it’s isolating, writers used to spending time alone already are lucky.

“We have one of those jobs, right now at least, where we get to do it even though a lot of people can’t work, so that’s a blessing,” he says. “Zoom turns out to be fine. I miss being in rooms with people. I miss the time between things. There used to be time between things, now everything is one click of one Zoom into the next. I miss pacing. But I think we’re lucky. We’re trying to make a season of TV and that requires a lot of focus, and we can still do it.”

As they do, Goldsman and the team are making sure they continue to explore and focus on Picard and his journey while being welcoming to audiences that both know and don’t know “Star Trek.”

“We try to be a good drama and if you’re a ‘Star Trek’ fan, we hope you’ll take a special pleasure in a bunch of the things that we put in there just for you and us. But if you’re not, then you should enjoy it differently but equally because we want the storytelling to be available to folks who like a good story,” he explains. “That’s kind of a fun challenge we give ourselves. Will our husbands and wives who don’t like ‘Star Trek’ like the show? Because if they will and do, then we’re doing a good job as long as we like it too, as ‘Star Trek’ fans.”