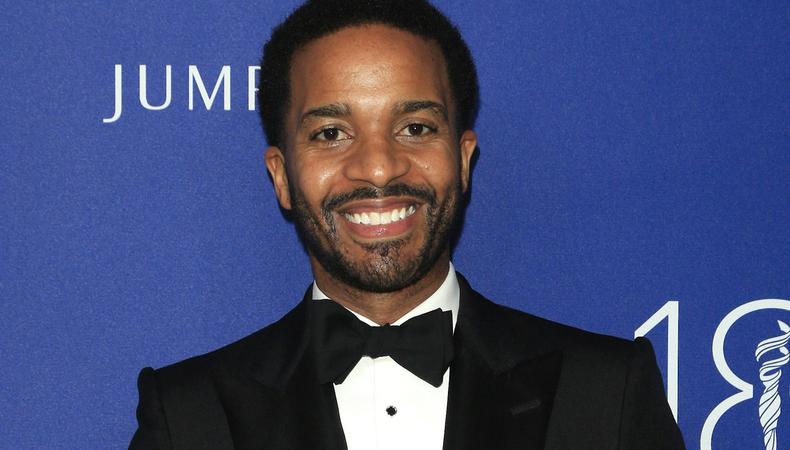 André Holland has turned in consistently compelling performances as an actor of both stage and screen. From “42” and “Selma” to the project he may be best known for, the Oscar-winning “Moonlight,” his honesty and quiet power shine through everything he does. And given his leading role on last year’s Stephen King-inspired Hulu series “Castle Rock,” and his ability to follow his gut choosing stellar projects and collaborators, it’s clear Holland’s career is only just getting started.

Born in Alabama and first introduced to community theater when his mother signed him up for a small role in a production of “Oliver!,” Holland entertained the possibility of acting full-time by studying in Florida, London, and then New York. In his “In the Envelope” interview, he contemplates those early days of building community and training (and tells quite a shocking story involving his school library and a copy of Backstage—one of his favorite resources).

“If I was a young actor starting out right now, the thing I would focus mostly on would be finding a community of people who I want to work with, and then finding ways to get our work done,” Holland says. “Put it out there. Make it. Don’t wait.”

That’s a philosophy echoed by the new Netflix film “High Flying Bird,” a sports drama with a story suggested by Holland himself, co-starring Zazie Beetz, Melvin Gregg, Bill Duke, and Kyle MacLachlan. With a script by “Moonlight” scribe and Holland’s longtime collaborator Tarell Alvin McCraney, and shot entirely on iPhones by Steven Soderbergh, who previously directed Holland in the HBO hit “The Knick,” “High Flying Bird” proved perfectly in tandem with the actor-producer’s current mission to empower artists.

He also speaks to what he’s learned about great directing from the likes of Ava DuVernay and Barry Jenkins, and how to present oneself honestly in the audition room. Listen to the exclusive interview—plus a special guest co-host!—wherever you get your podcasts.

Jack Smart
Jack Smart is the awards editor at Backstage, where he covers all things Emmy, SAG, Oscar, and Tony Awards. He also produces and hosts Backstage’s awards podcast “In the Envelope” and has interviewed some of the biggest stars of stage and screen.
END_OF_DOCUMENT_TOKEN_TO_BE_REPLACED