Barry Jenkins did not invent the close-up. But watching actors gaze directly into his lens, it sure feels like he did.

“If Beale Street Could Talk,” the writer-director’s adaptation of the beloved James Baldwin novel, is peppered with moments of wordless, direct-to-camera emotion. Jenkins’ stars are often center-frame, bathed in otherworldly light, staring. The tactic facilitates something like communion between character and audience; when a dolly shot zooms into an actor’s face as she glances up, it carries the glance right into our souls.

So Jenkins can’t stop teasing KiKi Layne, his leading lady, about her describing that shot as “staring into a black hole.” “A black hole is a very dark thing to reference, you know, right?” He grins, mock-hurt. “As a director, what you’re saying is I’m taking all your light and I’m bringing it into a place where it’s destroyed and it can never be reproduced.” 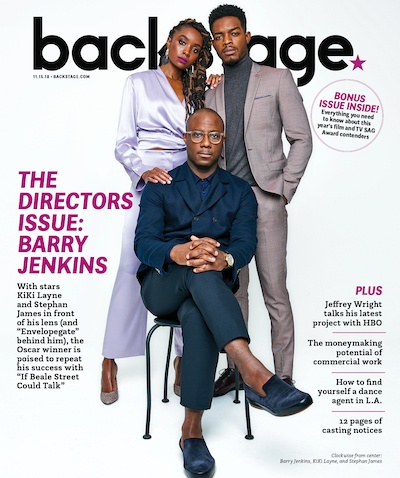 “I don’t think she meant it literally!” interjects Stephan James, her co-star. Layne laughs and lets out a groan. “You’re going to hold that against me forever.”

“Beale Street” (to be released by Annapurna Pictures Dec. 25 following its Toronto International Film Festival premiere) is Jenkins’ widely anticipated follow-up to “Moonlight,” another story that centered on—in both style and substance—unabashed black love. That film, adapted from a queer coming-of-age play by Tarell Alvin McCraney and shot for only $1.5 million, became an against-all-odds hit, shaking up the Academy Awards by winning best picture and forever altering the definition of what Hollywood might consider an Oscar contender. (Of the 2017 ceremony’s infamous envelope mix-up, which initially named another movie best picture, Jenkins says, “It was such an odd thing. Such an odd thing. Such an odd thing.”)

Where “Moonlight” painted a picture of three characters’ loneliness and longing, inspired by and set in Jenkins’ hometown of Miami, Florida, “Beale Street” brings to life Harlem, New York, in the early 1970s. And, as is always the case with Baldwin’s work, there’s an invigorating political component; the story of the pregnant Tish Rivers (Layne) and her wrongfully imprisoned fiancé, Fonny Hunt (James), is as much an admonishment of a racist criminal justice system that fails black and brown people as it is a star-crossed romance.

Both screenplays were completed five years ago during a career lull for Jenkins, who had found success following 2008’s “Medicine for Melancholy” only to end up working on uninspiring projects. Prompted by his producer Adele Romanski, he fled to Europe for a six-week writing frenzy. “It was just about getting into the mindset where the pleasure of writing really is the reward itself,” he remembers. “It didn’t occur to me at the time how preposterous it was to adapt the book of a celebrated author without the rights—whose work had never been adapted before to the screen in English, in his mother tongue. I was...what’s the word for it? I was crazed.”

Once the rights to “Beale Street” were granted by the Baldwin estate, Jenkins knew the film’s most important element would be its stars. “For myself and my cinematographer, James [Laxton], the craft is really important,” he says, turning to James and Layne. “But it’s not more important than what you guys are doing.”

James, born and raised in Toronto, where he’d worked in television until a breakout turn in the Jesse Owens biopic “Race,” signed on after a meeting with Jenkins and two self-tapes. “I told Barry when we met, ‘I’ll put every scene in the film on tape if you want me to,’ ” he says with a smile. “I really connected to Fonny right off the bat. You know, I knew I was Fonny. It was just a matter of convincing him.”

Layne, who had previously only spent one day on a movie set and had come close to abandoning Los Angeles and her acting dream—“I was ready to go home to Cincinnati and just be with my mama crying about how stupid I was!”—fit Baldwin’s description of the “Beale Street” narrator inside and out. She understood the character’s medley of naiveté and resilience. “You read it enough, you sit with it enough, it’s just in you,” Layne says.

“In this film, familial love was really, really important to me, as important as romantic love,” says Jenkins. “So once we hit on KiKi and Stephan, a lot of things about the story’s shape started to reveal themselves.” Next came Teyonah Parris as Tish’s sister, Regina King and Colman Domingo as her parents, and Aunjanue Ellis and Michael Beach as Fonny’s parents. “As the story goes on, these orbits start to get clearly defined—you need less of them. Then the storytelling really is going to come through these two sets of eyes: hers and his,” he says. “Until we give Regina King the entire film for 10 minutes!”

Which brings us back to those close-ups. By zeroing in on Tish and Fonny’s silent stares—first carefree in a park, then, in a tonal punch to the gut, on either side of a prison’s wall of glass—Jenkins brings us as close to seeing through these characters’ eyes as seems possible. “It’s such a vulnerable thing,” says James, trying to describe his internal process during moments that are, by their nature, ineffable. “It’s like that nakedness, like—whoosh, right behind the eyes…. You’re forced to just search...and it says a thousand things, even though you’re not saying anything at all.” 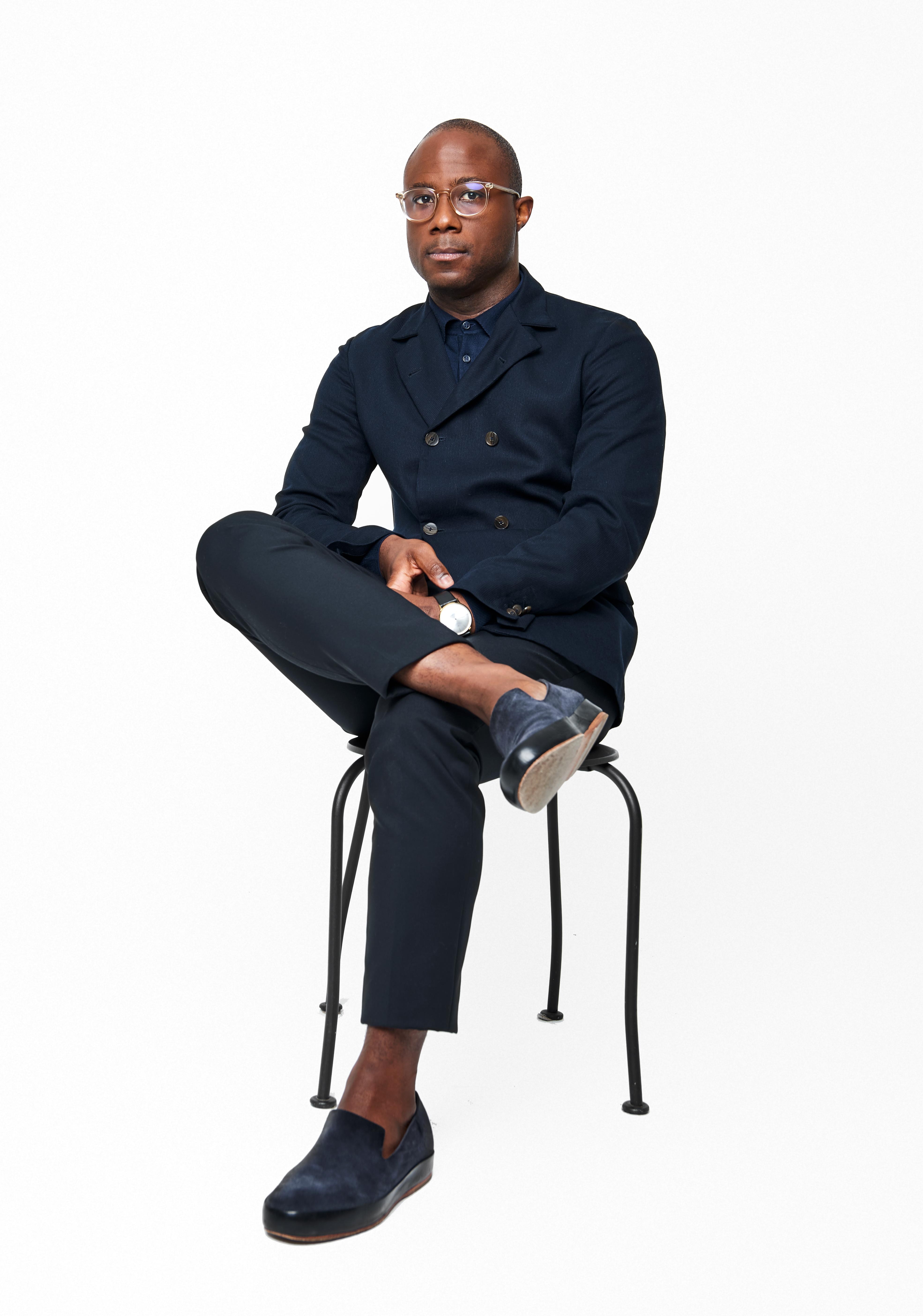 For a few of those bare-it-all shots, the actors were indeed forced (or, more accurately, given Jenkins’ infectious enthusiasm, invited) to engage directly with the camera. “There are certain things I prepare the actor for, certain things I don’t want to prepare them for,” he says, smiling. “But y’all had seen ‘Moonlight.’ Y’all knew it was coming!” On their very first day, he spontaneously asked James and Layne to shoot something unscripted, a moment in which Fonny runs through the Manhattan subway trying to reach Tish. Jenkins is a director who trusts his gut and gets performers to trust it, too. “Sometimes we’re on set and I can just see that these guys are in this place. And this thing is not written into a scene, but I know: This is the good shit. So I gotta put that lens on them right now. I just know it when I see it.”

From an actor’s perspective, Jenkins admits, that black hole image makes sense; you can’t exactly consider a hunk of metal in your face a co-star. “You are giving a lot into it,” explains Layne. “When you’re working with a scene partner, you’re giving and receiving. But in those moments, you are just giving. I had to just trust my imagination, trust whatever I was trying to communicate.”

In Layne’s case especially, inspiration could be found throughout the source material. “A scene may be three pages, but the book gives you 40 pages of interiority that revolves around this feeling,” says Jenkins. “People show up to set and it’s like this iceberg, all this terrain beneath the surface that they can pull from.” Cast and crew developed an intuitive shorthand, reading and rereading the novel throughout the 32-day shoot. Die-hard Baldwin fans Brian Tyree Henry and Pedro Pascal only filmed one day each, but were determined to channel the writer’s compassion and outrage and joy—everything his voice demands. 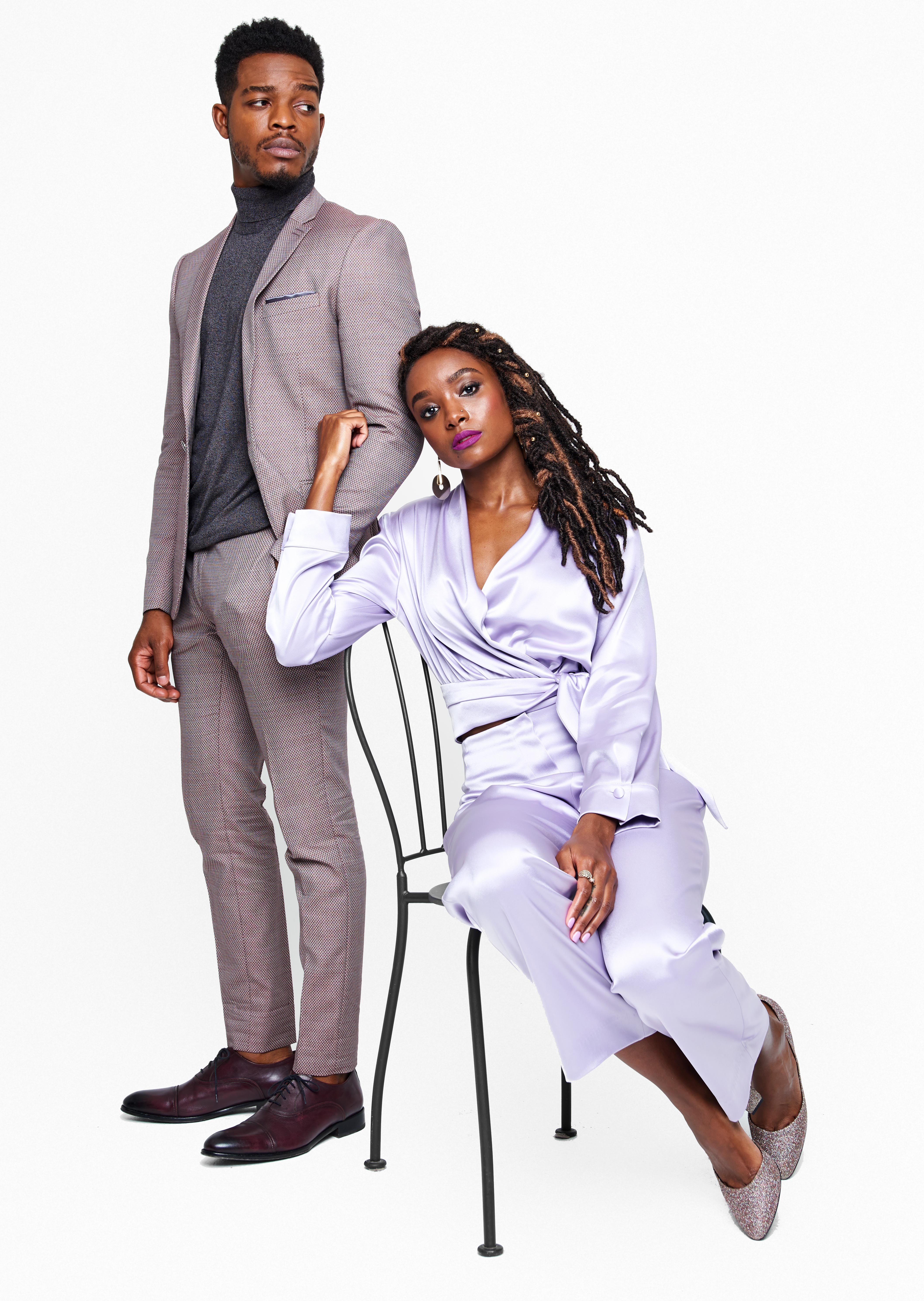 Because that’s the thing with Baldwin: His artistry and his philosophy are so intertwined that every word feels like a call to arms. That this 1974 story of an oppressive law and order ripping a family apart still feels relevant in 2018 is proof that Baldwin’s ideas remain devastatingly timeless. “There’s so much in it—and I hope that’s still in the film—that’s relevant to today, it’s kind of a head trip,” Jenkins says. “The systems are fundamentally broken and always have been. I think the power in allowing the film to remain in the period it was written is to just show that this much time has passed and very little progress has been made.”

What Baldwin asked of his readers—of all racial backgrounds—Jenkins had to ask of his actors. They, in turn, seem to be asking us, with visceral vulnerability in those close-ups, to both receive and give. To, as Layne puts it, tell the truth. “We have to pull so much from our truths so that honesty translates into the film. If we’re not, you’re going to see that it’s BS.” The secret to telegraphing the ideas of a writer like Baldwin, she says, sometimes requires “imagination, sometimes memories. But it has to be something true for you that you really believe.”

“It’s like I’m giving so much of myself to strangers,” adds James. “It’s deeper than the character you’re playing. You’re giving yourself.”

Maybe that’s the takeaway of “Beale Street,” the closest we can get to quantifying what’s happening in its laser beam gazes: For artists on both sides of that camera, the goal is to surrender one’s own self, heart and soul, to the story. Baldwin would surely agree.

“It’s our responsibility,” says Jenkins. “It goes back to what KiKi was saying about the performance: You tell the truth. The truth will always be told.”

Jack Smart
Jack Smart is the awards editor at Backstage, where he covers all things Emmy, SAG, Oscar, and Tony Awards. He also produces and hosts Backstage’s awards podcast “In the Envelope” and has interviewed some of the biggest stars of stage and screen.
END_OF_DOCUMENT_TOKEN_TO_BE_REPLACED