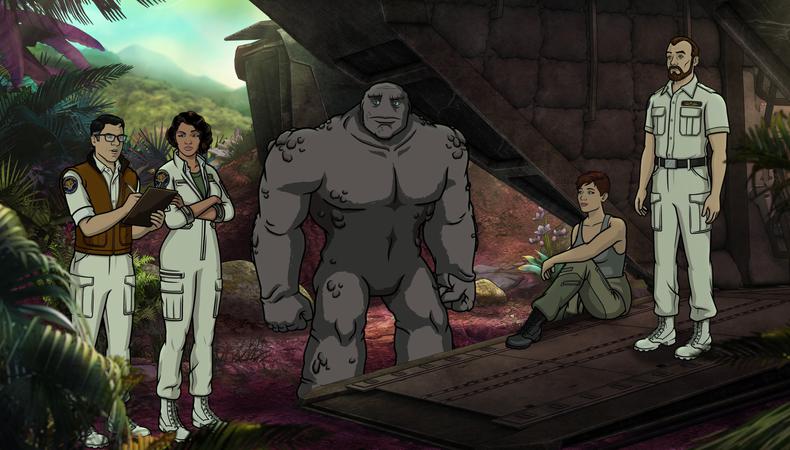 Animation artist Jill Dykxhoorn is living every aspiring artist’s dream. After meeting a producer of the FX hit “Archer” at a college career fair, she was hired as a concept artist shortly after graduation. Within five seasons, she was promoted to lead background artist and, in 2020, won an Emmy Award for Lead Background Artist for her work on the series. Here, she dives into her work in the artistic landscape (which, yes, includes a special fondness for painting landscapes themselves) and how she helps set the scene for the “Archer” voice actors.

What exactly is the role of a background artist in animation?
Anything that’s behind the character, we’re making all of it. When there’s just a camera shot establishing the area of a building or a field or space or a jungle, we’ll paint that. Anytime the character’s moving around the space, we’ll paint all the angles of the building or the room or wherever they might be. And there’s a couple different people who are involved in the process: We’ll have concept artists who will give us the main look of it, and we’ll have some 3-D artists to help us with picking out the perspective; we’ll have our paint team who goes in and paints the actual backgrounds that will go behind the characters.

How did you get into animation and background artistry?
As a kid, I was really into cartoons, and I always would wonder how it was made and how it was actually done—and then my parents told me people actually animate that. I was so amazed; I was like, “What? People can do that? People make the cartoons?” And then my brother showed me how to use some digital art programs, and I just got into it. I ended up going to art school, and I kind of found my niche in doing landscape painting. I always really liked that kind of stuff. That kind of placed me perfectly into doing background paint for a lot of film projects. I ended up actually meeting Neal [Holman] when Floyd County [Productions] was doing a demo at my school, so I met with him there, and I met him again when they came by for the career fair… We exchanged our contact emails, I got sent an art test, and I got hired a little bit after graduating. And here I am now. 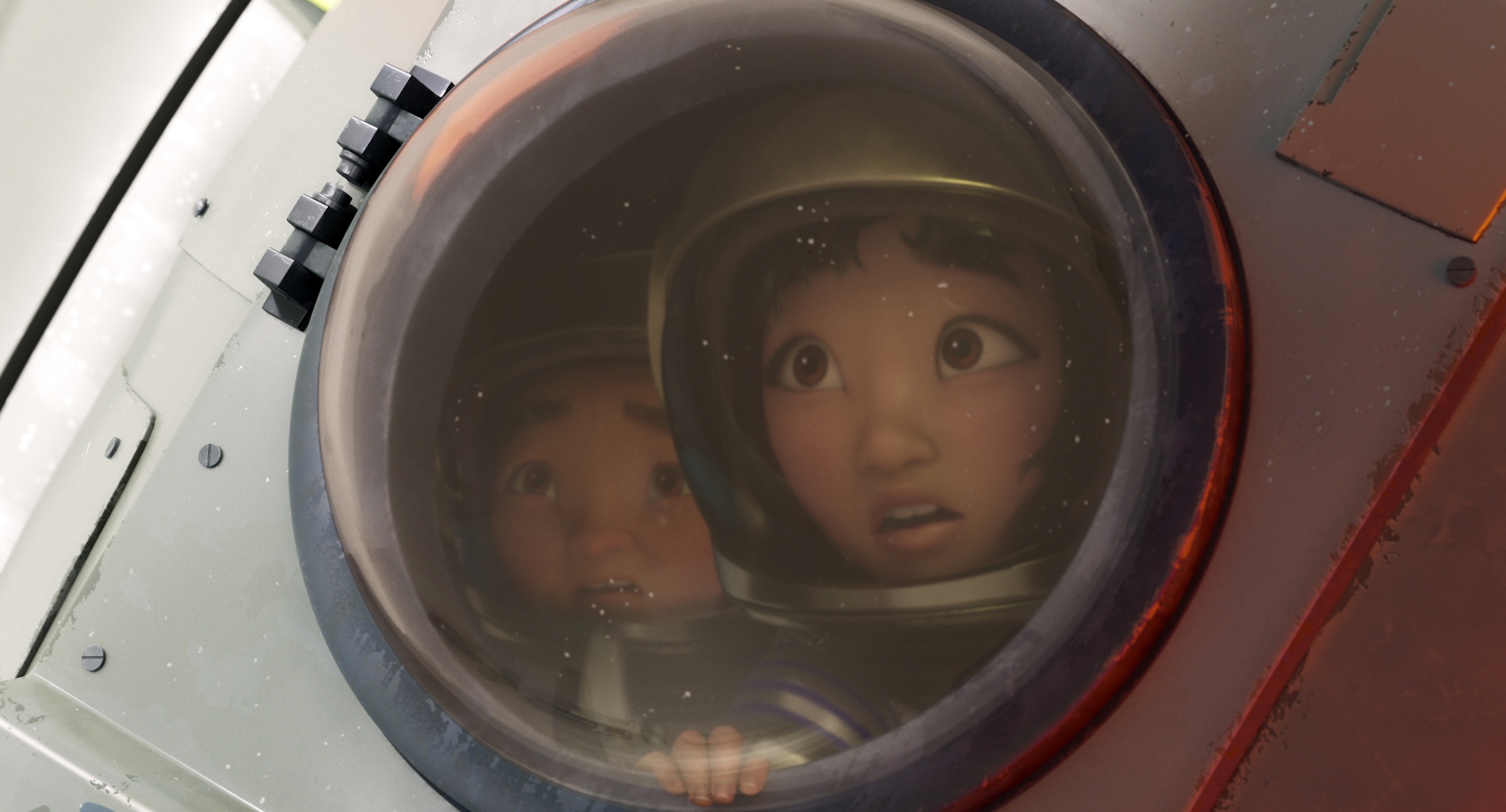 What role do you play in creating what the world of “Archer” looks like?
Usually we would get a script, and that would go first into concept [artistry], and the script will tell us a little bit about what our setting is, any sort of mood notes that might be there, if it’s supposed to be really creepy or if it’s really fancy. It will also have a little bit of insight into how the characters are going to be interacting in the space, if we need to plan for a crazy fight sequence that might happen or something like that. So the first step would always be doing a concept angle just to figure out what the space looks like. And from there...depending on the project, it would go over to a 3-D department. What they’ll do is model up what our space looks like, what the environment is, based off the design that we’ve given them. And from that, they’ll set a couple of render angles and give us those other reference points to paint on top of.

Are your decisions on the look of a scene ever affected by the way the actors perform?
Not as often. I know that’s more of a thing for the character animators, where sometimes an actor will read the line in a different way and then the animation will need to be changed a little bit, or something in design. I can think of much less cases where that happens with background, but occasionally it will happen where the dialogue will say something different and it’s like, “Oh no, we need to change the color of this thing.” Otherwise the character’s like, “Look at this blue car,” and we’re like, “Oh, we made a red car!” But usually those sorts of things are sorted out on the script level.

How do you feel your work has grown or changed in the process of working on “Archer”?
As far as my personal work, I’ve definitely learned how to work a lot more collaboratively. It’s definitely very different than working for yourself on your own files. It’s a very collaborative process, usually; there’ll be several people at a time painting a scene, so you have to always be very mindful of checking the concept art, checking what the other people are doing, making sure that you’re communicating with the other people, making sure you’re communicating with art direction. I’ve also just grown technically a lot. I have had the opportunity to work with a lot of really great directors who definitely pushed my own artistic sensibilities a lot and definitely just pushed me a lot to make cooler things.

Having won an Emmy for your work, do you feel pressure to stick with a certain style in your career? Or conversely, more empowered to take stylistic risks?
I don’t feel locked into a specific style because in my own personal work, I did do other stuff, and I’ve worked for other projects with Floyd County as well, and we tend to vary styles. I kind of find it fun—it can be rewarding on both hands. It can be rewarding to work on something that’s very consistent and the same; it can be really rewarding to try something new, a new style, a new thing.

What advice do you have for people looking to get into animation?
I would say three main things: There’s always just the networking, taking advantage, reaching out, meeting people, especially industry professionals. Nowadays, it’s a lot easier to get in contact with people with social media and stuff like that. Even more so, if someone’s in a school that offers demos from studios, attend those, talk to people. Really do put yourself out there. But secondly, other than just putting yourself out there and making the connections is having the portfolio. Something that I do notice a lot with portfolios is they can be a little bit unfocused, so I think it’s good advice to look at what studios are actually hiring for. A lot of times, the job application page will say very specifically, “We want to see these exact skills.”

So it’s always good to be mindful of making sure your portfolio is actually focused on whatever job you might be interested in. And it’s good to be multi-talented and it’s definitely a benefit to know multiple parts of the pipeline, but you also don’t want to be the jack of all trades and master of none. It can be good to know everything, but also don’t spread yourself too thin. The third thing I would say is just be willing to grow and adapt and take feedback. Be a nice person to work with. A lot of the process, like I said before, is very collaborative, and a lot of times we’re constantly changing style, method, things like that. So it’s always good to be adaptable and easy to work with.