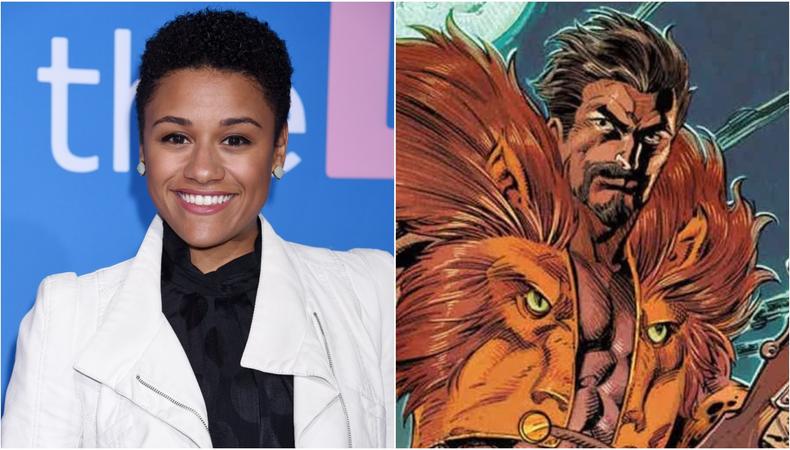 Much to our delight, likely Oscar winner Ariana DeBose is staying in the spotlight this year. Several outlets have reported that the “West Side Story” star has signed on to play Calypso in the upcoming Sony/Marvel pic “Kraven the Hunter.” Along with this exciting news, Daniel Radcliffe is also making headlines again. He is reportedly returning to the New York stage in an upcoming revival of Stephen Sondheim’s “Merrily We Roll Along.” Find out more about these new projects below:

Ariana DeBose Will Play Calypso in “Kraven the Hunter”

Nearing the end of the path to what is likely to be her first Oscar, “West Side Story” star Ariana DeBose is not leaving the limelight just yet—thankfully. According to Variety, the star is joining the cast of Sony’s upcoming “Kraven the Hunter.” She will play Calypso, the occasional lover of the titular Kraven and always antagonist of Spider-Man. Aaron Taylor-Johnson is starring as Russian immigrant Sergei Kravinoff, a.k.a. Kraven, who is “on a mission to prove that he is the greatest hunter in the world.” Along with Taylor-Johnson and DeBose, Russell Crowe and Fred Hechinger will also star in the film. Alessandro Nivola. J.C. Chandor is set to direct the feature with Art Marcum, Matt Holloway, and Richard Wenk writing the screenplay. “Kraven the Hunter” is now in pre-production with filming scheduled to begin soon. It’s due out in theaters on Jan. 13, 2023.

Daniel Radcliffe Will Star in “Merrily We Roll Along”

New York Theatre Workshop is opening doors to Daniel Radcliffe, who is heading back to the New York stage after four years. Announced Monday, via Deadline, the actor will star Off-Broadway in the upcoming revival of Stephen Sondheim and George Furth’s “Merrily We Roll Along.” Maria Freidman will direct the revival. Radcliffe will play Charley in the musical, which, told in reverse chronological order, follows the friendship of Frank, Charley, and Mary, three longtime show business friends, from its dissolution to optimistic beginnings. Radcliffe is no stranger to Broadway. He has previously starred in “How to Succeed in Business Without Really Trying” and “The Lifespan of a Fact,” as well as “Equus” and “The Cripple of Inishmaan” both in the West End and Broadway, “Privacy” Off-Broadway at the Public Theater, and most recently “Endgame”/”Rough for Theatre II” at London’s The Old Vic. The revival will complete NYTW’s 2022-23 season. Official dates and remaining cast members haven’t been announced yet.