When Auditioning With Other Actors, Always Remember to Look Out for Number One 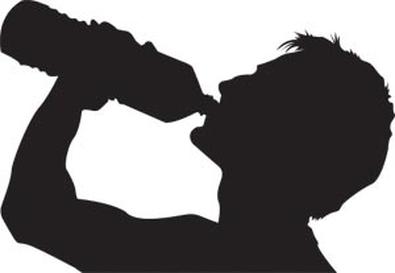 There's a simple formula for working with other actors at an audition, though it may sound harsh: Take care of yourself first. "I tell actors you can be a polite actor or a working actor," says casting director David Cady. "I think, when a lot of actors get in the room, they're conscious of being polite, of not stepping on other actors' lines, not interrupting—as if stepping on someone's lines or interrupting is the worst thing they could do." It's much worse, says Cady, to be boring or uncreative. Moreover, you might end up being too polite to be present in the moment.

Cady recounts a story about a student of his who went to her callback, where the scene called for her and her scene partner to be sitting while affectionately nuzzling on a couch. Right when she was about to walk into the room, however, the actor whispered to her: "I don't like being touched." So she sat on the couch without ever touching him, to accommodate his discomfort. To the people watching, it looked like she had the problem. "If she had taken care of herself, she would have been doing what she was supposed to be doing in the scene," says Cady, who teaches classes in commercial technique in New York City (http:/ web.me.com/davidcady/Site/Welcome.html).

In other words, your fellow actors are perfectly within their rights to ask you to do something. But if it's not also good for you, you have no obligation to oblige. If you've derailed yourself like Cady's student, after the audition you could ask the casting director if you can do it again with someone else. The CD may say no, but at least you've tried taking care of yourself. "No one cares as much about your career as you do, not even your agent, and a CD may not always do what's right for you," says Los Angeles session director Hal Masonberg, who teaches commercial classes in Hollywood (http://www.offleashfilms.com/CommercialWorkshop.html).

"Sometimes you'll be paired up with someone green or not a good actor," Masonberg says. Other than asking to read again with another actor, "you have to be ready for whatever happens and learn to use the mistakes the other person is making," he advises. It's one reason Masonberg recommends improv classes: to be ready for the unexpected.

Although Cady's student agreed to follow her scene partner's dictum not to be touched, she might have had some fun with it by teasing him during the scene about how he doesn't like to be touched (all the while touching him), allowing her to be present as well as humorous just by using what she had. Of course, that may not have been possible within the context of that particular audition.

"If you're so focused on taking care of other people, you're going to appear to be a nonentity," says Cady. "If it's scripted, then at least you have your lines. But if it's nonscripted, you can't sit there and do nothing, because the people watching will assume you'll do nothing on the set."

The CD also uses improv exercises in his classes for those tricky scenes that involve multiple actors. "I'll say, 'It's a business meeting,' I'll point to one actor and tell him he's running the meeting—'Go.' " Often, says Cady, that actor will immediately turn to the next person and say, "Give me a report." "That instantly throws the spotlight onto the other actor, throwing away a chance to keep attention on himself," Cady points out.

Sometimes the thing that will get you noticed isn't a clever improvised line but simply your body language. "How you sit, eat, or engage at a table, that can make you stand out," Masonberg says. "If everyone is being boisterous, you can be the one person not doing that. If everyone is leaning forward, you could do the opposite by leaning back." There's great value in having other actors in the room, says Cady. You can play off of them, like they're props. Use them.

Eventually, you'll find the balance for when to be polite yet still stand out in the right way—by taking care of yourself first.