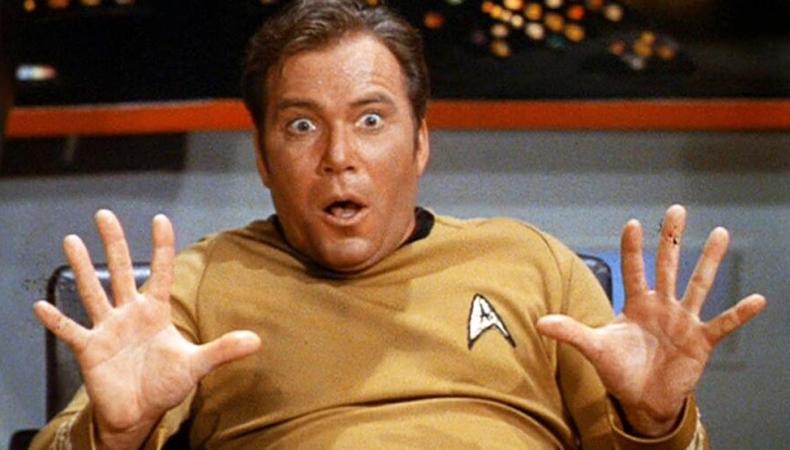 Although hamming it up can be a way to portray an eccentric or villainous character, overacting is usually undesirable for the serious actor. Still, the line between giving your all to a performance and overacting can be blurry. Keep reading to learn how to avoid overacting so your next performance is nuanced without teetering into nonsense. 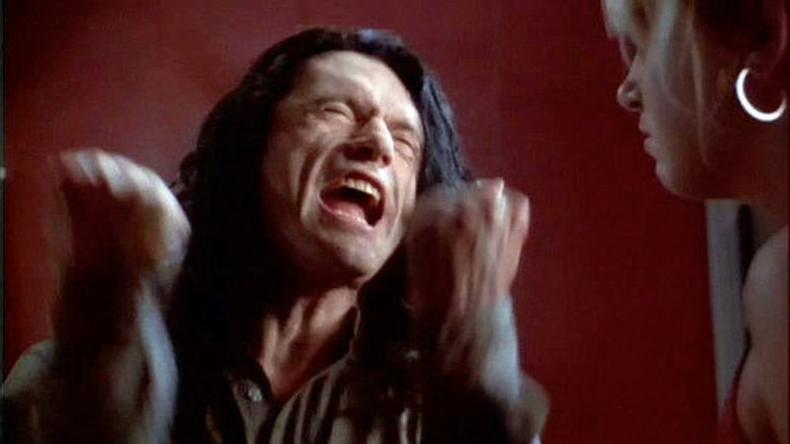 Overacting is acting that is excessively exaggerated. It is usually seen as a negative quality, used as a disapproving way to describe corny, campy performances such as Nicolas Cage’s Edward in “The Wicker Man” or Tommy Wiseau’s Johnny in “The Room.” However, overacting is defined by its context: If a director requests physicality or melodrama, and an actor meets those expectations, it does not count as overacting. For example, Steve Carell’s ridiculous behavior as Michael Scott in the comedic sitcom “The Office” does not constitute overacting, although it might if he behaved the same way as Mitch Kessler in the drama “The Morning Show.”

Generally speaking, the best acting is externally subtle and nuanced (broad comedy aside; see below about that). That’s assuming, of course, that internally you’re full of thoughts, feelings, intentions, and images, all of which are deeply connected to your character’s background, needs, obstacles, relationships, and immediate and given circumstances.

Yet for every wonderful performance, there are many in which even the best actors are doing too much of everything: too much “eyeballing”; too much moving around and posturing; too many quirky facial, bodily, and vocal mannerisms; too many distracting accents; even too much adhering to the way the script looks on the page at the expense of the way people talk naturally.

What does “chewing the scenery” mean? 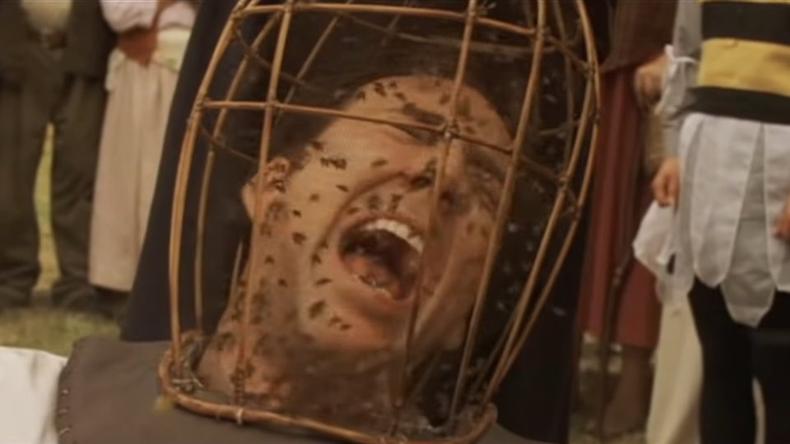 This visceral descriptor is another way to say that an actor is overacting—mugging so hard that it seems as though they are about to chew bites out of the set.

How to stop overacting

Don’t wait for interruptions: Scripts frequently contain dashes or ellipses that the writer has placed at the ends of lines of dialogue, indicating that a character’s line is cut off. Actors will often stop when they arrive there and wait for their scene partner to interrupt. But real people don’t do that; real people try to finish a thought before they’re interrupted.

In a 1986 Time magazine review of British director Jonathan Miller’s Broadway production of “Long Day’s Journey Into Night,” William A. Henry III wrote that Miller relies on a “simple yet profound” realization: “Family members do not politely listen to each other’s stately speeches. They interrupt, contradict, mimic, mock, carry on cross-purpose conversation. They quarrel not like debaters but like boxers, wading into one another’s rhythms. Thus, in this sped-up version, speeches overlap, much dialogue is shouted, some is inaudible. Yet the listener loses no meaning.”

But what if your director is not as astute as Miller? I asked Richard Brestoff, a professor in the drama department at the University of California, Irvine, how he advises his students to deal with interrupted lines of dialogue.

“In life, people have a full thought that they want to express, but they get talked over by the other person’s impulsive response,” he says. “So I tell my students to have the full thought in mind that the character wants to express and to finish the vocalization of that thought until they are overlapped—interrupted—by the other character. This makes it incumbent on the interrupting actor to cut off the first actor in mid-sentence. The actor being interrupted should not leave a space for the interruption. If they do, the whole interaction looks and feels artificial.” 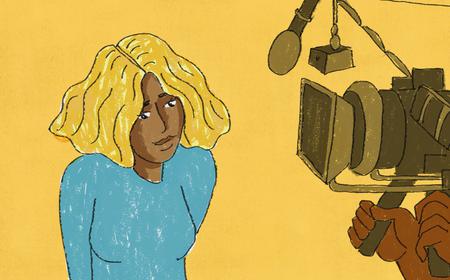 Some actors are reluctant to continue after the dash or ellipses, he adds, “because they feel that they’re all of a sudden adding dialogue that the author never wrote. But if the interrupting actor comes in fairly quickly, then that is not really a problem. In order to do this believably, the speaking actor must know what the full thought is and simply have the expression of its momentum derailed by the interrupter.”

If the other actor doesn’t cut you off in time, here’s an idea: During rehearsals, go ahead and ad-lib your continuing thought. That ought to light a firecracker under the slowpoke by opening night.

Don’t stop your exit: The same trick might work if the script requires that you start to exit but are stopped by another character’s lines. Too often I see actors stop their exit themselves with no apparent justification, but merely because the other actor didn’t pick up his or her cue quickly enough. If that happens to you in rehearsal, just walk right offstage.

Strut with subtlety: Speaking of walking, funny walks (waddles, shuffles, sashays, etc.) are a good way to define character, but only if they come from someplace real and organic, whether you’re working inside out or outside in. Sometimes I see actors all too obviously trying to be creative with a small role—affecting a limp, say, that has nothing to do with anything discernible to the audience. They end up looking like John Cleese in “The Ministry of Silly Walks.” 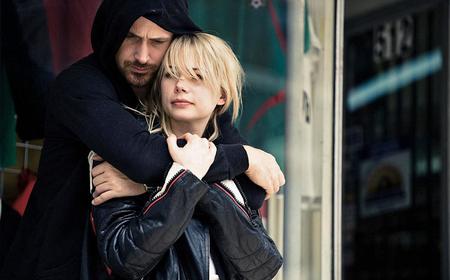 3 Tips for Being Natural on Camera

Use accents wisely: Similarly, an actor sometimes assumes an accent that his or her character might conceivably have—but doesn’t need to have in order for the material to work. In those cases, the actor sounds distractingly artificial. Like funny walks, unnecessary accents are a way for an actor to feel creative with a small role; they serve the actor more than they do the character or the playwright. (I once took on a really bad early-20th century Southern accent. True, the character was an early-20th century Southerner, but surely no accent would’ve been better than my cringe-worthy one. I also once chewed gum and spoke Noo Yawkese in a small role for no other reason, as I now realize, than to create a generic sense of character. I’m sure it looked like a cliché.)

At other times, when a stage actor is playing more than one role in a play, frills like weird walks or amusing accents can conceivably help the audience distinguish one character from another, especially when the production doesn’t provide wigs, hats, or other defining accouterments. But once again, physical and vocal details work only if they’re needed to define character.

Keep it real: On the best way to play multiple characters, comic actor Danny Scheie says, “Find the split personality within you and take it all the way.” Scheie is completely unafraid to be big and bold, so he would seem to represent the exact opposite of my “less is more” thesis. Yet he digs so deep into each character he plays—the vanity, the absurdity, the craving to be noticed, the pouting inner child—that his over-the-top stage performances work. “Don’t play it safe,” he advises. In broad comedy, you can be larger than life as long as you’re starting from someplace that’s embarrassingly real.

Trust your instincts: Another actor pointed out that if you approach each of your multiple characters separately and in detail, as if each were the only character you’re playing, you can’t go wrong. That’s about trusting the writer, your own artistic process, and also the audience, which wants to follow the story and discover the truth, not be distracted by clever actors inflating small roles. 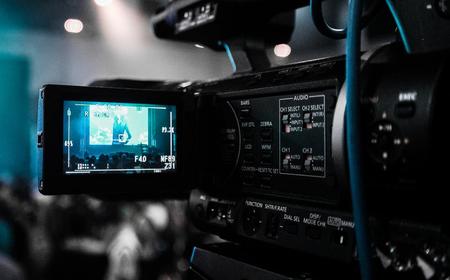 7 Need-to-Know Tips for Acting On Camera

No eyeballing: Real people don’t normally gaze fixedly at each other. This problem pops up most obviously in scenes involving two people in a moving car. The driver spends so much time looking at the passenger that in real life they’d be creamed by oncoming traffic in seconds. For some reason, actors feel that they’re not being intense enough unless they’re eyeballing their scene partner. But in real life, sometimes you can hardly bear to look at someone you’re really furious with. Or when you’re trying hard to make a point, your eyes may wander upward in an effort to find the right words. Looking someone in the eye for more than a few seconds at a time, especially at close range, is a powerful choice and is best used sparingly to be effective.

Don’t get too physical: Along the same lines, actors onstage and onscreen tend to touch each other more than real people do. I shudder when I remember once constantly pawing at my stage husband. I thought I was showing how free-spirited and affectionate my character was. In reality, all that fussiness was, I’m sure, diluting any sense of objective.

So if you find yourself doing a lot of general physical things—whether it’s groping your scene partner, bending forward and gesticulating, continually slapping the table to make your point, posing in preternaturally graceful ways, shouting incessantly, flinging your arms about, walking abnormally, or tensing your mouth and moving your lips oddly—you might need to ratchet down your behavioral choices. (I had a director who made me literally sit on my hands during rehearsals to get out of the habit of gesturing too much.)

At times, physical stillness, an unaffected posture, and simple, everyday articulation are all that’s required, as long as you’re alive on the inside.