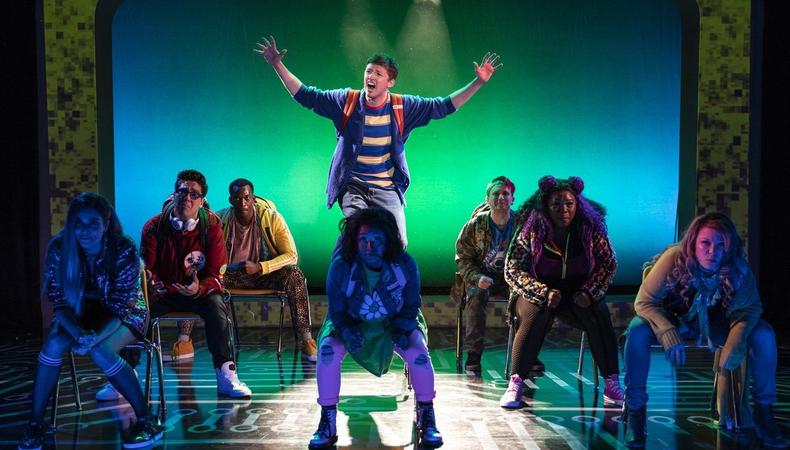 Lose your chill over this casting news.
“Be More Chill,” which caused a sensation during its Off-Broadway run this past summer, has announced casting for its Main Stem production this spring. Will Roland, George Salazar, Stephanie Hsu, and the entire Off-Broadway company will transfer to the Lyceum Theatre, where the Joe Iconis musical will begin performances Feb. 13, 2019. Directed by Stephen Brackett, an official opening is set for March 10.

Hogwarts has a new incoming class.
Broadway’s “Harry Potter and the Cursed Child” has announced a new principal cast of actors. Beginning March 20, 2019, the two-part epic will be led by James Snyder in the title role, as well as Diane Davis, Nicholas Podany, Matt Mueller, Jenny Jules, Nadia Brown, Jonno Roberts, and Bubba Weiler. Under the direction of John Tiffany, the production won the 2018 Tony Award for best play.

What did he miss?
Daveed Diggs, who won a Tony for his joint portrayal of Lafayette/Jefferson in “Hamilton,” is heading back to the New York stage. Leading the Public Theater’s “White Noise,” a new play by Pulitzer Prize winner Suzan-Lori Parks, Diggs will star opposite Sheria Irving and Zoë Winters. Performances will begin March 20, 2019 under the direction of the Public’s artistic director Oscar Eustis. The limited engagement will last through April 14.

“All My Sons” gets a direction shakeup.
Gregory Mosher, who was set to direct this spring’s Broadway revival of Arthur Miller’s “All My Sons,” has departed the production following a dispute with the playwright’s estate. Mosher had planned to cast two black actors as Ann and George Deever (characters traditionally portrayed by white actors), to which Miller’s daughter Rebecca Miller objected, according to the Washington Post. Stepping in for Mosher now will be Jack O’Brien, the Tony-winning director who helmed last season’s revival of “Carousel.” Starring Annette Bening and Tracy Letts, performances will begin at the American Airlines Theatre April 4, 2019. Further casting is to-be-announced.

Adam Pascal will see another day on Broadway.
Adam Pascal, original star of “Rent,” is returning to Broadway—albeit for a very limited time. Pascal will step in for Andy Karl in the hit musical adaptation “Pretty Woman” for one week only. Covering Karl on his week off, Pascal can be seen at the Nederlander Jan. 15–20, 2019.

Casey Mink
Casey Mink is the senior staff writer at Backstage. When she's not writing about television, film, or theater, she is definitely somewhere watching it.
END_OF_DOCUMENT_TOKEN_TO_BE_REPLACED