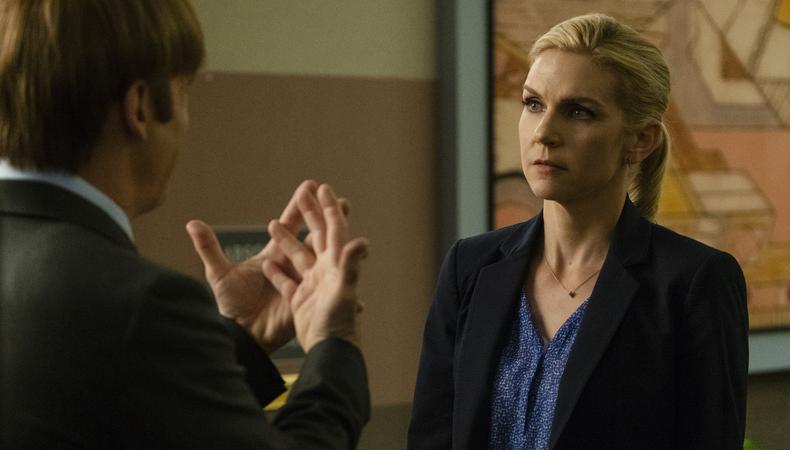 AMC’s “Better Call Saul” (newly nominated for nine 2019 Emmy Awards) is in part known for cinematography that beautifully blends the gorgeous and grotesque. That’s thanks to director of photography Marshall Adams, who here reveals how he makes actors look good all the while making them look “bad.”

How would you describe the role of the DP?
It depends, obviously, on the director, but I would say in TV—and especially on [“Better Call Saul”]—we collaborate with the director in bringing the visuals that the writers, the showrunner, the producers, and, of course, the director and myself have in mind. This show has been especially collaborative that way, and I would say we get input from just about every one of those people with ideas that they have for specific things visually.

READ: How to Make Your Cinematographer Say ‘We Got the Shot’

Is there a major difference working as a DP on a television show compared to film?
Absolutely. Like I said, there can be a lot of voices in television, and you need to listen to all of them and either figure out a way to make it happen or state your case as to why it might create difficulties. On a film, it’s a single voice. It’s a collaboration with pretty much only the director. It’s great both ways. Working with [co-showrunner] Vince Gilligan is incredible that way because he’s very thorough and knows exactly what he wants.

Does most of the decision-making happen in pre-production?
The big stuff, definitely, is talked about in pre-production. I remember one of the most collaborative shots I’ve ever done—it actually involved just about everybody on the crew—was a shot from Season 3, and it was the opening shot of [an episode], which [used] a techno-crane with a periscope lens and a prism lens on the bottom of it. There’s just no way we could have pulled that shot off if it [hadn’t been] brought to us really early. We worked on it for weeks and weeks and weeks. Other things can be as [late in the process] as a director saying [on the day] they wanted a more late-afternoon look for this particular scene, and how easy is that to make happen?

Do you work directly with actors as the DP?
It’s mostly talking to them to find out what they’re comfortable with early on, learning things that may make them uncomfortable, looks-wise, things about them that I should help try to avoid and steer the camera away from. I’m always talking to [stars] Bob Odenkirk and Rhea Seahorn and Jonathan Banks about positions and how the blocking would work in a certain way. This show has a tendency to be very low, camera-wise, and can get very unflattering when you’re shooting kind of up their nose, but it’s also part of the language of the show. We try to balance that with [the actors’ needs] and make sure we take care of them.

Do you have to negotiate between that sometimes grotesque style and also making sure the actor still looks “good” on-camera?
Yeah, I mean, honestly, on this show especially, they are so aware of what makes this show work, the look of the show being a large part of it; the fact that the characters aren’t necessarily seen in their best light. So as long as we try to stay away from filming anything too detrimental, too ghoulish—I’ve never seen any of the actors balk at any of the angles or ask if there’s something else we could do. They’ve been really supportive.

Do you find that actors are generally able to put the story ahead of their own vanity when it comes to shooting?
These actors definitely do. For some things, you want your lead actress to look as good as you can, so you won’t do things like drop the camera or shoot up through a table or anything like that. It’s just not a flattering angle for them. It just depends on the show, and in this particular show, we get a lot of room for that stuff. Again, I’ve never heard a peep from the actors. Rhea thanks me a lot for trying to take care of her as much as I can, but I’ve never, ever heard her say, “Can we raise the camera? Can you guys use some softer lighting?” She’s just totally invested in the character and the story.

How did you get into cinematography initially?
I started out as a camera assistant, worked my way up, and was about to join the camera local at the time, and I just realized that I was a terrible camera assistant. Really, my heart was in lighting, and so I kind of started all over and went back to being an electrician, and worked my way up to gaffing pretty quickly. So I was a gaffer for 10 years maybe, and then moved up [to cinematography] on “Felicity,” around 1999.

Does that prior experience in lighting make you a better cinematographer now?
No question. Cinematographers can come from anywhere, but a lot of times if they come from crew, they either come from a gaffing background or an operating background. I got a little bit of the best of both worlds, in that I did some operating but mostly as an assistant and I learned about cameras and lenses and sizes and how they work, that you don’t necessarily get exposure to as a gaffer. It was absolutely the best of both worlds, and it worked out really well for me.

Casey Mink
Casey Mink is the senior staff writer at Backstage. When she's not writing about television, film, or theater, she is definitely somewhere watching it.
END_OF_DOCUMENT_TOKEN_TO_BE_REPLACED