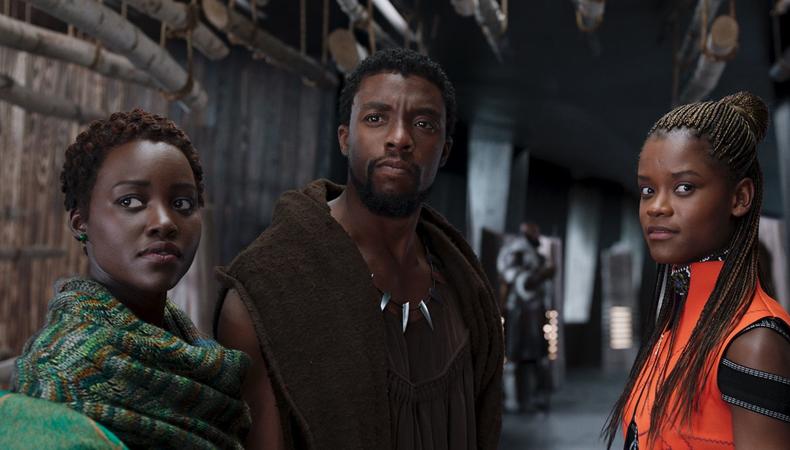 Wakanda forever—and ever!
To celebrate its SAG Awards win and many Academy Award nominations (including the big best picture nod), “Black Panther” is heading back to theaters so audiences can make a first or return trip to Wakanda. And better still, it’s free. Through Feb. 7, the film will re-enter 250 AMC theaters across the country, including several across the boroughs in New York. The screenings will usher in Black History Month, per Disney, an initiative that will also provide a $1.5 million grant to support the United Negro College Fund. (Free)

He will be found (in Soho).
Ben Platt, who won a Tony for his title role in “Dear Evan Hansen,” is onto his next big venture: his first solo album. Platt took to Instagram this week to announce the record’s title (“Sing to Me Instead”!), as well as an upcoming pop-up to celebrate the first singles. Through Feb. 1, beginning at 7 p.m., fans can head to the Foley Gallery on Orchard Street for the “Bad Habit” pop-up. The first come, first serve event will give an inside look into the making of the songs and video. (Free)

Take your Tarantino over ice.
A bar dedicated entirely to the works of Quentin Tarantino honestly just makes sense. What also makes perfect sense is its title: KillBar, naturally, riffing on the Uma Thurman–starring epic “Kill Bill.” That film, as well as other selections from the Tarantino canon, will be featured in the Williamsburg spot, which just opened and features a menu including themed cocktails and eats like Hateful Eight chicken wings and Death Proof chili. (Free, but does not include an order of wings)

You don’t know Yorgos.
Yorgos Lanthimos, currently Oscar-nominated for his macabre hit “The Favourite,” is one of the toasts of the town this season, but he’s been around much longer. The Film Society of Lincoln Center is ready to prove it, with their five-film retrospective of the auteur. Running Feb. 1–5, all screenings will be held at the Walter Reade Theatre, with some followed by a conversation with the man himself. ($15)

A man of the moment heads to Metrograph.
A delightful surprise of the last few months has been the mainstream resurgence of Richard E. Grant, who is now Oscar-nominated for his role in “Can You Ever Forgive Me?” You can catch the actor in the flesh on Feb. 1, when Metrograph presents a screening of his 2001 film “Gosford Park,” which he will introduce. Featuring direction by Robert Altman, it also stars Maggie Smith and Ryan Phillippe. ($15)

Casey Mink
Casey Mink is the senior staff writer at Backstage. When she's not writing about television, film, or theater, she is definitely somewhere watching it.
END_OF_DOCUMENT_TOKEN_TO_BE_REPLACED