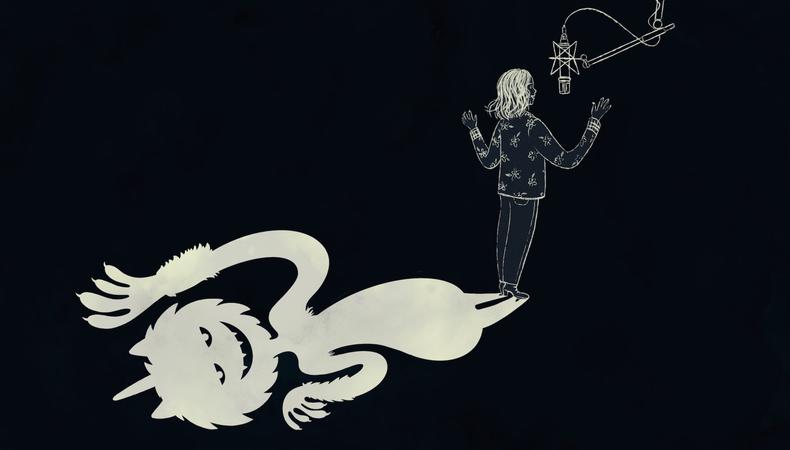 If you’re a fan of adult animation, chances are you’ve heard the work of Julie Ashton. The renowned casting director broke into the world of animation when she got a call from “Bob’s Burgers” creator Loren Bouchard, and her work on that show led to collaborations with the team on Apple TV+’s “Central Park” and Fox’s “The Great North,” as well as Netflix’s “Big Mouth” and its forthcoming spinoff. Her background in sketch and comedy prepared her for finding multitalented performers who could channel their skills into voice performances. It’s opened up a whole new world of talent for Ashton, who here shares her process and what she wants to hear on a demo reel or self-tape.

How is casting a musical animated show like “Central Park” different from something more traditional like “Bob’s Burgers” or “The Great North”?
It is very different. We have lots of shows that have songs on them, but not a show that’s almost strictly a musical. From week to week, when we have new characters, we discuss who we know [who] can sing and act and be funny and have a great voice for the show. Because of COVID-19, Broadway performers weren’t working. We were able to utilize so many of these brilliant Broadway people and musical people for the show. 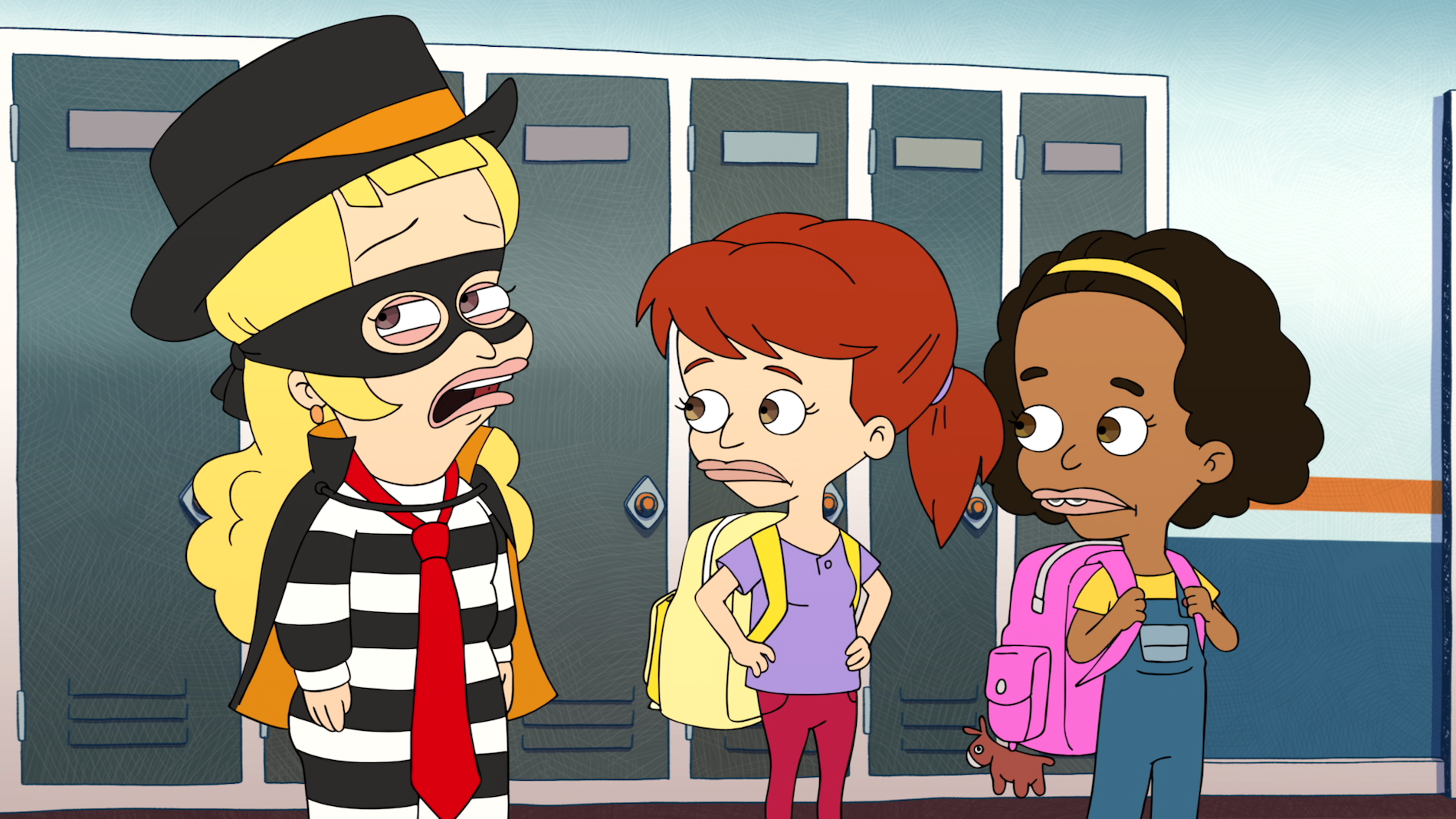 How do you know if a live-action performer can handle a voice role?
Probably the hardest thing is to create a character that’s believable and grounded and also interesting enough that it matches up with the wonderful animation on our shows. I really admire actors who can create a complete character without us even seeing them on the screen. I get auditions for people every single day, and they’re just reading lines and yet somehow making me laugh and get emotional. The thought of them being able to do so off me sitting there, literally looking at a blank screen and only hearing their voice—that gives me the chills.

How do actors end up voicing several characters on a show?
We have people on our shows who are unbelievable voiceover actors, who we know are capable of doing anything. When you get a script, there are multiple roles. With one-liners, there are 80 or so characters; then we start to think: Who do we have that we can utilize their amazing talents and fill in all these holes? And then we have guest stars who can pick up extra roles when they have that range in their voice. There’s never been a time when we’ve said, “Hey can somebody do this voice?” and they’ve said, “No, I don’t think I can do that.” They always want to give it a shot, because it’s so much fun. And I think it’s also really creatively freeing and inspiring for the actors to be able to stretch themselves that way.

READ: “Central Park” EPs on What Actually
Matters in a Voice Performance

What’s the difference between casting live-action and animation?
We have our favorite people who we know and love and trust, and who we can use over and over and over again. And you wouldn’t even know it, because they’re doing different characters that they’ve created. I had done a lot of kids’ casting and comedy; I can’t use an actor over and over again on those. I’m lucky enough to be with a group of people that we all have the same sensibilities and our favorites, and then, luckily, they’re creating all kinds of new characters for our shows, where we’re bringing in a diverse selection of people and getting self-tapes and turned on to these brand-new people, and they happen to be amazing voiceover people.

What’s unique about casting for the “Bob’s Burgers” team?
I come from a big comedy background, and I think trying to make sure that we had actors who could translate their comedy and their skills into a character without us ever even seeing them was new for me. Now, my process is still the same. Before COVID-19, I would bring in actors and read with them. I think probably part of the thing that makes them even funnier than they are is me sitting across from them laughing at them. I think that really is just so great, for an actor to have that kind of feedback. Our process has changed a lot, where I am only receiving self-tapes for people. And it’s still wonderful, and it’s just jaw-dropping when you hear some of these people.

Where do you look for new talent?
They’re constantly writing challenging characters and really reaching for diversity in those characters. We knew “The Great North” was going to be based in Alaska, so they immediately said, “Let’s get some of Alaska’s indigenous people on the show.” That was a huge challenge for us, because we didn’t know anyone in Alaska. We had found out about something that had been shot in Alaska not too far before us, and we called the agency and we talked to them about their Alaskan native actors. We’ve been able to utilize some of them in our show, and there’s another character for this season that we’re gonna end up using someone who is also an Alaska native. The world is so diverse and rich; I’m really lucky to have people who write for that.

What can an actor expect from auditioning for you?
Auditioning for me right now consists of them just doing self-tapes. We don’t really send out breakdowns in our office; we use our brains as our database. Every now and then, you’ll have a character that’s very, very different from everybody that we know, and then we’ll send out a breakdown. In the event that we do send out a breakdown, we get literally hundreds and hundreds of submissions to go through. We narrow it down to our top choices, send those to the producers, and then the producers listen and weigh in on who their top choices are. If they need to give them notes, have them re-tape, anything like that, I’ll do a Zoom call with those actors they’ve narrowed it down to. In the old days, I would go in, read with the actors in my office, narrow it down to my top choices, and we would submit that for their voices. So it’s not as personal as it was, but we’re trying our best to try to make the actors feel like they’re supported by us…almost in the same room, so they know people are really rooting for them.

What stands out to you in an audition that makes you remember an actor?
What’s going to stand out for me is if they make me laugh. Can you imagine how hard that is? Comedy can be so physical; sometimes people can make you laugh with just a look. But we don’t see anything; we just hear their voice. So I think it starts with them making me laugh and just bringing something. Sometimes they’ll make a choice, and the choice isn’t exactly what we were looking for, but we know it’s in there, we know that they’ve got the comedy. I’ll Zoom with them, and then we can talk through the character. Sometimes we don’t even have the luxury of having the animation done to share with the actors. That really makes it a challenge for them. We do give them every bit of information that we possibly can, because we want to help them as much as we can. The fact that they’re able to come up with something that’s instantly ear-catching and instantly funny and instantly something that you think, I never ever thought of this character sounding like that, but that’s a really funny, interesting take on it, is great. Sometimes it works and sometimes it doesn’t, but even in the event that it doesn’t, we can go back to those people and give them notes and direction.

What advice do you have for aspiring voice actors?
There are so many different types of actors out there. I come from a sketch background, so I already had a really good database in my mind throughout all these years I’ve been doing this for people who are great at doing characters. If you really want to become successful in voiceover, I think one of the most important things is that you have versatility. That’s something that comes in the background of somebody like a sketch actor or someone who has done multiple characters, whether onstage, onscreen, [or] on other shows. It’s the ability to be able to change your voice into multiple different voices. The more you can show how versatile you are and the more characters that you can show, the better. Another thing is the ability for actors to adjust to the tone of the show, [which] is extremely important. Some shows want characters that are a little bit more cartoony-sounding, and then we have a show like “Bob’s,” where everyone is just using their regular voices. Actors have to be able to know when to go a little bit bigger and sillier and cartoony on certain shows. That’s a big challenge: How do you make something real and not cartoony, but also elevate it? Both should definitely be on everybody’s demo regardless, so that they can hear that you can do either.

Elyse Roth
Elyse is a senior editor at Backstage, where she oversees all casting news and features content, including her weekly casting director Q&A series, In the Room. She came to New York from Ohio by way of Northwestern University, where she studied journalism, and now lives in Brooklyn. She might see and write about awards-worthy films, but Elyse still thinks “Legally Blonde” is a perfect movie and on any given night is probably taking in some kind of entertainment, whether it’s comedy, theater, ballet, or figuring out what show to binge next.
END_OF_DOCUMENT_TOKEN_TO_BE_REPLACED