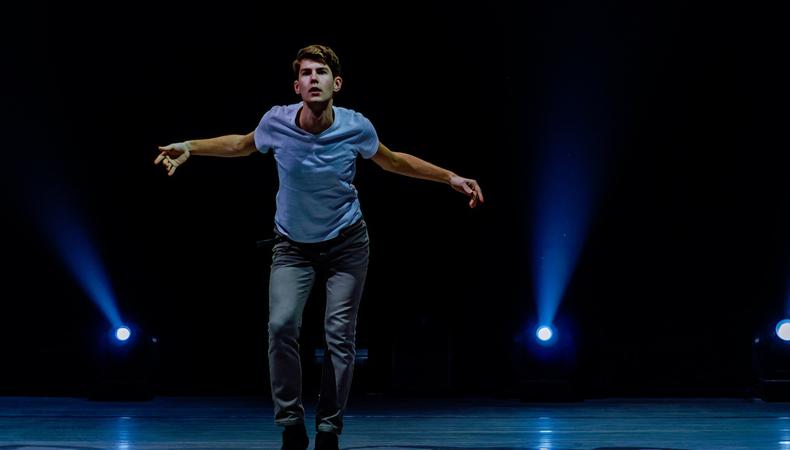 There are many ways union actors can book work at their next Equity Principal Audition (EPA) or Equity Chorus Call (ECC). Below, theater casting directors from Telsey + Company, Flores Casting, Calleri Casting, and the San Diego Repertory Theatre offer their best audition advice for Equity performers.

Rachel Hoffman of Telsey + Company: New York City (“Memphis” (Broadway and tour), “Bring It On,” “Baby It's You”)
Casting directors love to discover someone from an EPA [Equity principal audition] or [Equity chorus call] who gets the job. For me, it's the actor who is connected to what they are saying and has something specific and personal to share. Additionally, many casting offices have multiple projects they are working on. We are always looking out for actors who might be right for projects beyond our own.

We meet new people. We see people in a different light. I might not have known that the actor that last sang for me for “South Pacific” also has a pop/rock voice appropriate for “Rent.” We are reminded that someone is back in town, if someone has been working out of town or on a tour for an extended period of time and I haven't seen them in a while. We also benefit from seeing nonunion performers who show up and wait to be seen. It can be a great opportunity to see performers who are new to the city.

There are certainly times when the required calls coincide with [our need for] actual replacements, but there are times when we are just backing up our files for when an actor gives notice. These required auditions serve a valuable purpose of giving us a chance to see people and be ready for if and when we need replacements.

Julia Flores of Flores Casting: San Marino, California (“Noises Off,” “Peter Pan” national tour)
Attendance isn't huge in Los Angeles for EPAs, so most actors who do their homework and come in prepared do well. Whether or not I end up casting them for that particular show or even if they get a callback, I keep them on file. I've hired a lot of people from EPAs. I don't send one of my assistants. I'm there. There's really little difference between an EPA and my preliminary auditions.

It's crazy to me that more people don't take advantage of [the required auditions]. That's three minutes of time that they may not have gotten. It's a foot in the door. It's an opportunity to meet someone that they may not [otherwise] meet.

I cannot hold any invited auditions until I have done an EPA for every show. We schedule all of my scheduled auditions before the EPA occurs, so even though I can't see people in an invited call before the EPA, we've already basically put out all of those calls. If you haven't got an audition by the day of the EPA, go to the EPA, because that's the only way that you're going to get seen for this show. It's an opportunity, and I would think that any actor would jump at any opportunity to be seen. Even though there may not be a job open at that exact time that I'm doing the six-month required call, they come up all the time.

READ: Trying to Get Your Equity Card? Talk to Your Fellow Actors Here

Paul Davis of Calleri Casting: New York City (“Lemon Sky,” “Three Sisters,” “Cat on a Hot Tin Roof”)
We've certainly cast actors from required auditions. If the role is listed as available on the notice, the role is available to be cast. All the casting offices in the city cast multiple projects, so I think it's just terrific to get on the radar of a casting office. It means that the next time that person's headshot and résumé comes across the desk, we'll have a connection to having seen their work in person.

Years ago, I worked in casting as an assistant on the musical “Chicago,” which has the Broadway company and two national touring companies. If someone could make it through a dance cut, sing the song, and do a good job on a monologue, they would make the file for a future replacement audition session. We always see nonunion actors, time permitting. It really just depends on the turnout of union members because they get priority, but most often, time permits.

To me, it's about keeping it positive. If you find that you're getting bitter and resentful about getting up early, taking time off from your survival job, and waiting for a long time, take a break from going to the open calls because that energy follows you into the room. The biggest thing I notice in [EPAs] is the actors who are always keeping their material fresh, working on a new monologue. It's an opportunity to keep your muscles well oiled.

I've cast a couple roles through people that I've seen at EPAs. That's how it happens. You look for what their strengths are, for what their types are, what kind of role they could fill if I'm looking for a certain kind of person. I know I've definitely been like, "I love this actor. I can't cast them right now, but I'm going to keep them on file in case we have something that comes up for them in the future." So it's always a good idea to get yourself in front of people, even if a role may not be exactly right for you.

I've always had roles that I am casting when I've held required auditions. I try to utilize them in a format so they are beneficial to me, and not just going through the motions, because that's just a waste for everybody. We benefit by the fact that we get to see a lot of different actors that we may not normally see, without much effort on our part. It's people coming to us, whereas a lot of times we're out searching for particular actors.

When I go up to L.A. and hold EPAs, I definitely have more people that come out. San Diego actors don't really utilize EPAs. It's frustrating because I would love if they would. If people used them more than they do, they would be even more beneficial. The value that's put on it is really also in the hands of the actors, because if good actors come out to EPAs, casting directors will put more emphasis on it. But if people don't use it, then it may not be super beneficial. It's a cycle.