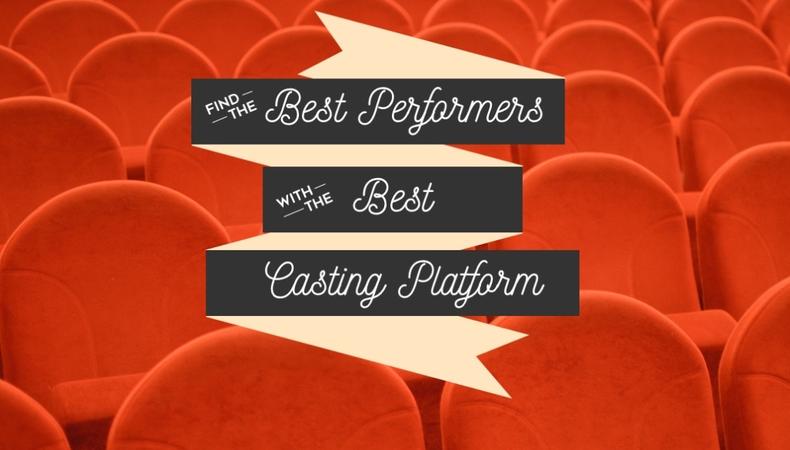 More than 50,000 casting notices are posted every year on Backstage.com. From indie and student films to major studio productions, web series, commercials, voiceovers, theater, music videos, ad campaigns, and even explainer videos, Backstage has helped thousands of creators find great new talent for their projects. Whether you’re looking for a lead or background talent, we have you covered!

Below are some recent highlights from among the multitude of projects that cast with Backstage.

Some of the biggest actors and directors in the world got their start with Backstage. “I cast my first short films in Backstage...I love Backstage,” says Academy Award-winning writer-director David O. Russell. And the legendary Denzel Washington concurs: “I scoured [Backstage] to get a job. That’s where you begin.”

We’ve compiled some of our favorite celebrity testimonials here and here, from the likes of Scarlett Johansson, Robert De Niro, Viola Davis, Chris Evans, James Franco, and many more.

Backstage is proud to help projects of all sizes access a diverse pool of amazing new and established actors.

Indie Films
Filmmakers like John Paul Rice turn to Backstage to find child actors. Check out the trailer for his supernatural thriller “A Child’s Voice,” which raises awareness to the gritty world of child trafficking:

Filmmakers also find diversity on Backstage. This year’s “Queen & Slim” from director Melina Matsoukas and writer Lena Waithe, turned to Backstage in their search for a lead as well as background talent.

Popular Television Shows
From the gritty street locations for crime dramas to a high school in Middle America to international locales, Backstage keeps actors up-to-date on the most popular productions’ casting needs.

For example, Charlotte Kate Fox launched her career with a leading role in “Massan,” a popular Japanese series she found on Backstage.

And The CW’s “In the Dark” opened up a worldwide search on Backstage for a visually impaired actor to take on a recurring role in the series which features a blind character whose close friend turns up murdered. View the Season 1 trailer:

The NBC sci-fi drama “Manifest” sought new talent in the Big Apple, and Amazon is getting in on the casting action in NYC with the popular Amy Sherman-Palladino series “The Marvelous Mrs. Maisel”:

Music Videos
Whether you’re looking for dancers or actors, Backstage has the talent you need for your music video. For instance, the music video for Solange’s “Don’t Touch My Hair” utilized Backstage to find dancers to perform with the singer. Check out the video:

The new Steve Aoki and Backstreet Boys music video for “Let It Be Me” utilized Backstage’s diverse and talented actors in their search for performers to share their story in the documentary-style music video. Check out the video here:

And this digital project for Glamour.com cast with Backstage:

Backstage even cast a voiceover artist for its own explainer video, which helps filmmakers navigate the casting process:

For more Backstage success stories, check out #ICastIt and #IGotCast. Then head over to the Talent Database or post a casting call to discover more great actors, models, and performers.

Ready to cast your project? Click here to get started.

Melinda Loewenstein
Prior to joining the Backstage team, Melinda worked for Baseline StudioSystem tracking TV development. When she's not working, she enjoys cuddling with her cats while obsessively watching every television show to ever air.
END_OF_DOCUMENT_TOKEN_TO_BE_REPLACED

Veronika Claghorn
Veronika Claghorn has been a part of the Backstage team for over five years. Prior to working with us, she worked in extras casting for large budget film and TV projects like Paramount’s “Teenage Mutant Ninja Turtles” (alongside fellow Backstage staffer, Eli Cornell) and Christopher Nolan’s “The Dark Knight Rises.” She got her start in Philadelphia casting for M. Night Shyamalan and producing for A&E. She is now based in Atlanta and continues to freelance cast principal roles in commercials and independent films.
END_OF_DOCUMENT_TOKEN_TO_BE_REPLACED