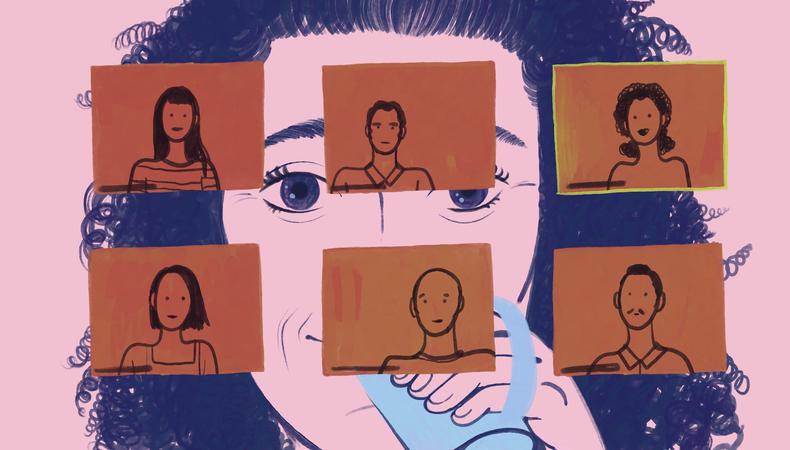 Harriet Bass is a fixture in the New York theater scene, with additional credits across regional theater, film, and television. She keeps close tabs on students graduating from acting programs and has diligently attended showcases going all the way back to her first day in casting. It’s her job to find new talent; and when showcases went digital in response to the COVID-19 pandemic, she adapted to that, too.

Describe your experience with virtual college showcases this year and last.
In my many years of casting, I went to all the showcases, because it’s my job to look for new talent. Before the pandemic, there were probably 30 showcases in a season. Virtual showcases—I find that I don’t watch as many of them as I actually went to. I think, for introducing these new students to the theatrical crew—agents and casting directors—that the in-person showcase has to come back. I don’t get any interaction with the actor. In many of the showcases, the scene partners are not in the same room, so you don’t see how well people can relate to each other or what their stage presence is. There’s a lot missing. I think these kids who have spent four years training deserve that we get a bigger, better, and more realistic impression of who they are.

Where else do you find fresh talent?
During the pandemic, my only introduction to new actors has been virtual showcases. It’s not just schools; various groups like Actors Connection and Actors Launchpad used to invite me to meet their students and to conduct a workshop. Now, I’ve conducted online workshops, and I’m meeting people that way. I am still meeting people, but not nearly like I would if I was going to showcases. And I will go to showcase productions of people that I’m interested in, like Off-Off-Broadway. But those kinds of showcases aren’t happening either right now.

“I can’t tell you how many people audition for us, and they do a good job. The person who gets the job is the person who made a little bit of a different choice, a stronger choice, a more nuanced choice, or a more layered choice.”

What advice do you have for actors graduating into the industry right now?
When theater returns, they’ve got to get themselves into some of these Off-Off-Broadway shows [and] get themselves into some of these networking group classes. But none of that is happening right now. The only avenue people have is the Zoom meetings, and my advice to these kids is to try to get in touch with all these networking companies that are all over New York and involve themselves in the virtual workshops. Then, do everything they can just to get a New York show, so we can see them. I’ve got to see their work. Keep on auditioning for me. Because I’m auditioning on tape now, I have opened my doors to many more people than I would in live auditions. I post what I’m casting on my website; I’m not secretive about it.

How can someone get into your virtual audition room?
If people want to audition for me now, a good, convincing email to me that says why they should be in on this audition will get them a taped audition. When live auditions were happening, I couldn’t do that because I can only bring in 15 people per role for my directors. With virtual auditions, someone who may not be on my radar, I can give them a shot on tape. I absolutely will see people without agents. I only do union shows, and I will see people who are nonunion. I will see any good actors. 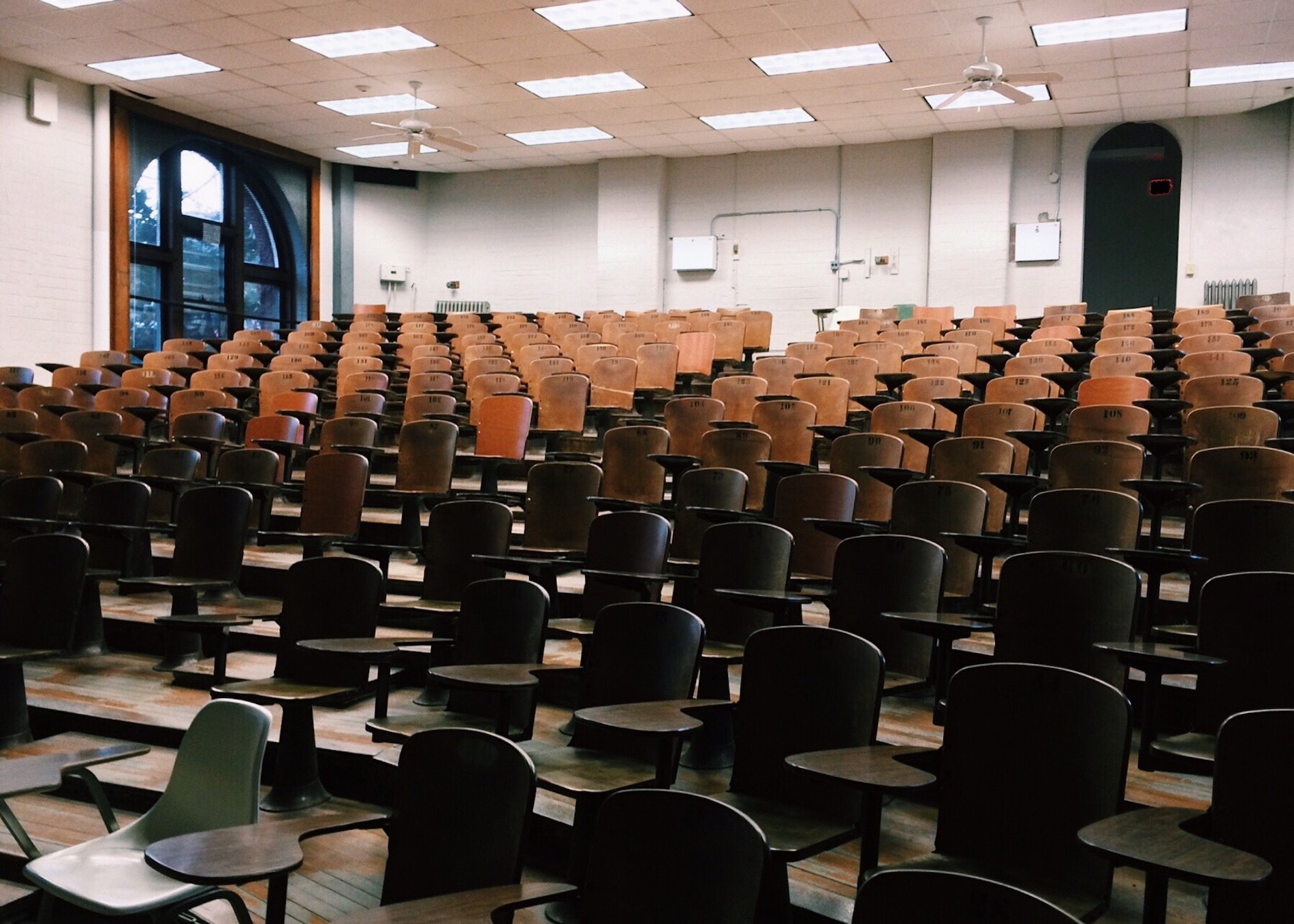 What You Should Do During Your Last Year at a Conservatory

I’m guessing this is different from your typical casting process?
Oh, yes, very different. You normally have a session in the studio, all the actors come in, all the creative team is in the moment. They’re sitting at a table, and they come in one at a time and we all discuss it. From the Zoom auditions, you get a good sense of the actor. Then the creative team usually talks to them during the Zoom to get a sense of who they are. You get a sense of what [they] would be like to work with, what their working habits are, you question them about some people that they’ve worked with. And then, as in every casting process, we will always look at a résumé of an actor and try to find someone on their résumé that we know that we will call for [a] reference.

When you cast regional productions, where do you look for talent if the performances aren’t going to be in New York?
Often, the actors are there. The theater usually has someone on their staff that does local auditions. They will use a few people from local auditions, sometimes in leading roles, but mostly in supporting roles, depending on what the theater community is in the neighborhood that they’re looking at. I am collaborating a little bit with the local person, but the actors that I use are not limited to New York, particularly since the pandemic, because no one has to show up at an audition anymore. You send a tape for your audition, and then you Zoom for your callbacks. I don’t care where they live, because they don’t have to get to an audition on 34th Street. I can have a tape from someone from Chicago, and it will hold just as much weight as someone in Manhattan, because what’s the difference if you fly someone from Chicago to Atlanta or you fly someone from New York to Atlanta? That is one good thing that the pandemic has done. I think it has really opened up the market to actors in all communities, because we’re not having in-person auditions anymore.

Do you think that will stick, even once in-person auditions resume?
Definitely. Even before the pandemic, I have cast people that we never saw in person. In my ideal world, it would be a hybrid of first audition on tape, then, if you’d like to see more, do it in person. I think that’s a win-win situation for everyone. I can involve more people, because I can look at 100 tapes in the initial process. It is safe and inexpensive for the theaters if they just do their callbacks in person. For me, a hybrid of tape casting and in-person callbacks would be a great place for everyone to start.

“My advice to these kids is to try to get in touch with all these networking companies that are all over New York and involve themselves in the virtual workshops. Then, do everything they can just to get a New York show, so we can see them.”

You have experience acting, and your partner is a writer and director. How does this impact the way you cast?
The reputation I have nurtured over the years from the actors is that I create a very friendly room. The actor is their most comfortable, and they can give you their best product. I have been on the other side of that table. I have respect for anyone who is willing to stand up in front of me and perform, because I know how difficult that is. That has helped inform me as a casting director. My partner, Gama Valle, is a writer and director, as well as a casting director. He comes to these auditions with the directors knowing how this person is going to fit in the whole picture. That is just another valuable check in the box when we’re trying to put together an audition. It has been invaluable to me.

What makes someone memorable to you in an audition or showcase?
It is their preparedness. I can see that they have done the homework, that they understand the character, that they understand the play or the scene, that they understand the relationship to the person that they are speaking to. It is someone who brings a naturalness and an ease and a believability to the audition. The third thing that I really look for is someone who is willing to take a little bit of a risk. I can’t tell you how many people audition for us and do a good job. The person who gets the job is the person who made a little bit of a different choice, a stronger choice, a more nuanced choice, or a more layered choice, rather than just straight, believable conversation. Straight, believable conversation is probably good in film and television auditions. But in theatrical auditions, you want a little sparkle; you want to make it a little bit different from everybody else.

What don’t actors know about what you do?
Actors sometimes don’t realize that their reputation follows. We will look on your résumé, and if there’s a director you’ve worked with that we know, we’ll call. We do a little bit of research on them. If they have screwed up in one situation or another and word gets out about that, that reputation follows. My advice to actors is: Don’t be difficult, because you will be remembered. The other thing that actors probably don’t know is how close they sometimes get to actually getting the job. I don’t think actors are told often enough how good they are. When you know you did a great job, it was probably something out of your control that stood in the way of you getting that job if you nailed the audition.

Elyse Roth
Elyse is a senior editor at Backstage, where she oversees all casting news and features content, including her weekly casting director Q&A series, In the Room. She came to New York from Ohio by way of Northwestern University, where she studied journalism, and now lives in Brooklyn. She might see and write about awards-worthy films, but Elyse still thinks “Legally Blonde” is a perfect movie and on any given night is probably taking in some kind of entertainment, whether it’s comedy, theater, ballet, or figuring out what show to binge next.
END_OF_DOCUMENT_TOKEN_TO_BE_REPLACED