Industry Calls on Congress for Aid as Pandemic Shutdowns Persist 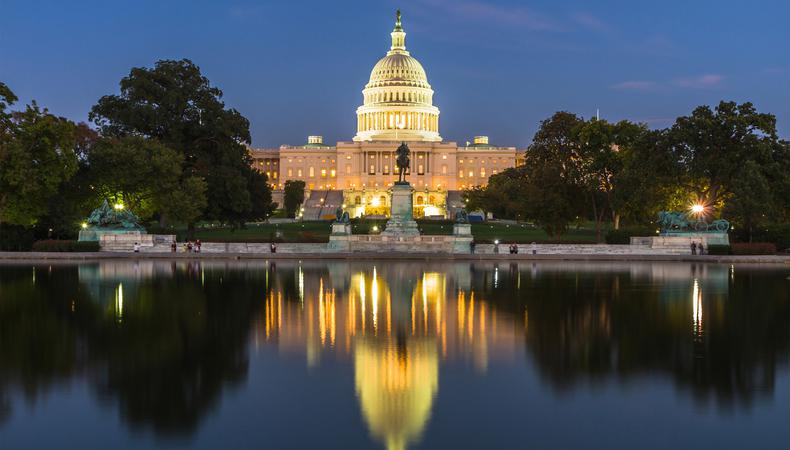 This week, lawmakers are returning to Capitol Hill to negotiate the terms of a new economic relief bill. Entertainment unions and trade organizations are desperately lobbying for congressional relief funding as the industry goes into its fifth month of near-universal unemployment because of COVID-19 shutdowns.

“The nature of this pandemic and the need for social distancing means that many of us in live arts will also be among the last to return to work, making it critical that Congress acts now,” said Mary McColl, executive director of Actors’ Equity, the union for stage actors and managers.

Despite the release of reopening guidelines, most television and film shoots are still stagnant (though as of this writing, they had been given the go-ahead to resume in New York as part of the city’s Phase 4 of reopening). All Broadway productions, meanwhile, will be frozen until early 2021, at least.

In late March, with the momentum of rare bipartisan collaboration, both chambers of Congress passed the $2.2 trillion CARES stimulus bill. The bill provided unprecedented protections for independent contractors (like actors), who are often excluded from state-run unemployment insurance. In addition to sanctioning emergency funding to the National Endowment for the Arts, the March bill provided an additional $600 to weekly unemployment and a one-time $1,200 check.

Heralded at the time as a popular stimulus for Americans who were still shell-shocked by the shutdowns, the special unemployment funding will sunset at the end of July, while infections spike nationwide at record levels.

“The extra $600 per week in federal pandemic unemployment compensation has been a huge game-changer for me during this time of terrifying uncertainty,” wrote “Wicked” conductor Dan Micciche in a plea to Congress via the Broadway musicians’ union, the American Federation of Musicians Local 802. “I’m praying to God that this crisis doesn’t totally have to drain my family’s life savings.”

Over two months ago, the Democratic-led House of Representatives passed the Heroes Act as a sequel to the CARES Act. While initially criticized for lacking “critical provisions to support the arts and entertainment sector” by Actors’ Equity in mid-May, labor unions are pressing the Republican-controlled Senate to pass the bill, which would continue the $600 weekly benefits along with health care protections.

Entertainment union members commonly earn health coverage relative to the number of weeks they work. The more weeks unemployed, the less health coverage one gets. The House’s Heroes Act offers a COBRA subsidy that would cover the insurance premiums of unemployed union members. Such subsidies were last granted in 2009 during the Great Recession, which had an unemployment rate of 10%. In June of this year, the national unemployment rate was over 11%.

“The House has already taken action,” said McColl. “The Senate should move quickly to pass a COBRA subsidy so that no one in the arts and entertainment industries worries about losing their health care in the middle of a pandemic.”

While the entertainment industry has demonstrated reliable alliances with representatives in the House, including high-profile representative Adam Schiff, such partnerships have not been as evident in the Senate.

Congress has three weeks to vote before it takes an August break.

Across the Atlantic, European governments have recently dedicated significant emergency funding for their arts sectors, including a $2 billion relief package in the United Kingdom.

“It’s always interesting to me when we’re compared with European nations and their support for the arts,” said New York City’s Commissioner of the Mayor’s Office of Media and Entertainment Anne del Castillo, in an interview with Backstage. “All along, we’ve been saying we need more federal assistance.”