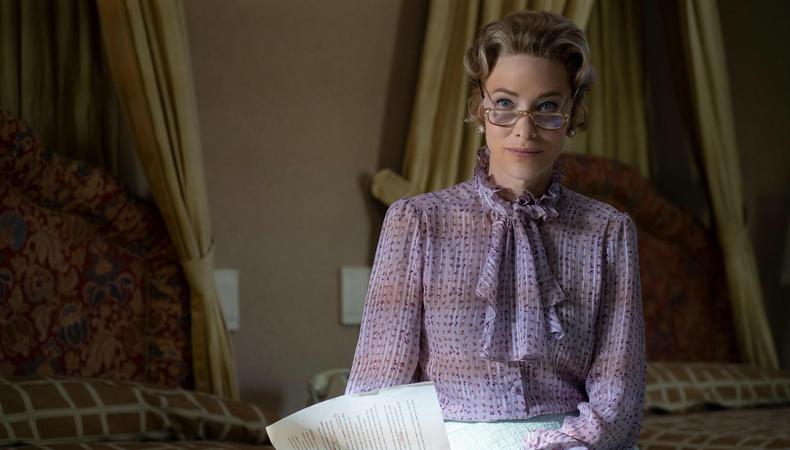 Whether it’s a period piece or fantasy, the clothes you see on screen reveal a lot about the characters wearing them. From lead actors to background, costumes speak to everything from setting and time period to unspoken circumstances and character personality.

The brilliant minds behind these choices and subtle hints? Costume designers like Bina Daigeler, whose work can be seen in “Mrs. America,” “The Zookeeper’s Wife,” and Disney’s upcoming “Mulan.” Speaking to Backstage, Daigeler shares her experience of becoming a costume designer and the skills you need to work wardrobe.

What does a costume designer do? ​
I’m in charge of anything that has to do with the wardrobe and all of the accessories. It’s not only that you dress [actors]—you have to get the sensibility and work with the script, director, and actor on what’s needed so the role makes sense according to the wardrobe. [Costume design] expresses feelings and describes immediately, visually, who is in front of you.

How did you get started in costume design?
I’m a tailor, an old couture tailor. I worked in a theater workroom and for film and TV. Then I met some costume designers and I realized that’s what I really wanted to do. I got the opportunity to be an assistant to a costume designer.

What is your process when approaching a new project?​
I read the script and get really familiar with the story. Next, I meet with the director. He tells me his vision and I tell him my vision. I like to then create a mood board and with the board, I start to prepare for fittings with the actors.

“ [Costume design] expresses feelings and describes immediately, visually, who is in front of you.”

How do you hire your team?
I have a team but that changes a lot when I’m traveling. When you’re mostly working in one country, the people there start knowing you and calling you and offering you the job or a director has worked with you already. There are also agencies.

When hiring, [I look for] a very spirited energy and a good base of knowledge. You know they’re a newcomer but you know they will be a fast learner and you see they know what their creative talent is because then I can build on that.

What is a day on set like for you?
When we are shooting, we start very early. The actors arrive for makeup and wardrobe before everybody else. Then you go onto set and check to make sure that everything is OK and looks nice and there are no changes to make; very often, there are last-minute changes. Then, as a costume designer, you normally have your crew on set and you continue your prep for the next day or week, or do fittings.

What’s the hardest part of your job?​
Every job that we have is so different that it’s really very difficult to have a general approach, it depends on each movie. If it’s a period or a contemporary or what the story tells, you have different problems. Sometimes you struggle with a small budget or a difficult script.

What’s one thing you wish everyone knew about your work?​
How heavy costumes can be. Many people think, “oh it’s just a couple of T-shirts” but actually, when you have these period shows, the costumes are so heavy. [And] the long hours—it’s really a challenge to achieve everything you have to do in the time that you get. Everybody gets dressed in the morning and people think, “I can do that because I get dressed” and [it’s] just not the same as costume design. You really need a vision of where you want to go and what [story] you want to tell.

What skills are essential if you want to become a costume designer?
There are so many different kinds of approaches in the area of costume design. You definitely have to have a vision and an eye for fashion and costumes. You have to be creative. I think you need some tools and basics like sewing experience and drawing. The most important thing is that you can visualize something.

What advice would you give aspiring costume designers?​
I think they should find out where their talent is and start to learn more about that, life if [someone] is very good at drawing or handcrafting because there are so many different approaches. You really have to know, “this is my strength,” take it and try to meet the right people and get into the business.