“The thing I love about being an actor is to fully work with someone and try so hard to be at every level with them, chasing whatever it is you need or want from them.” 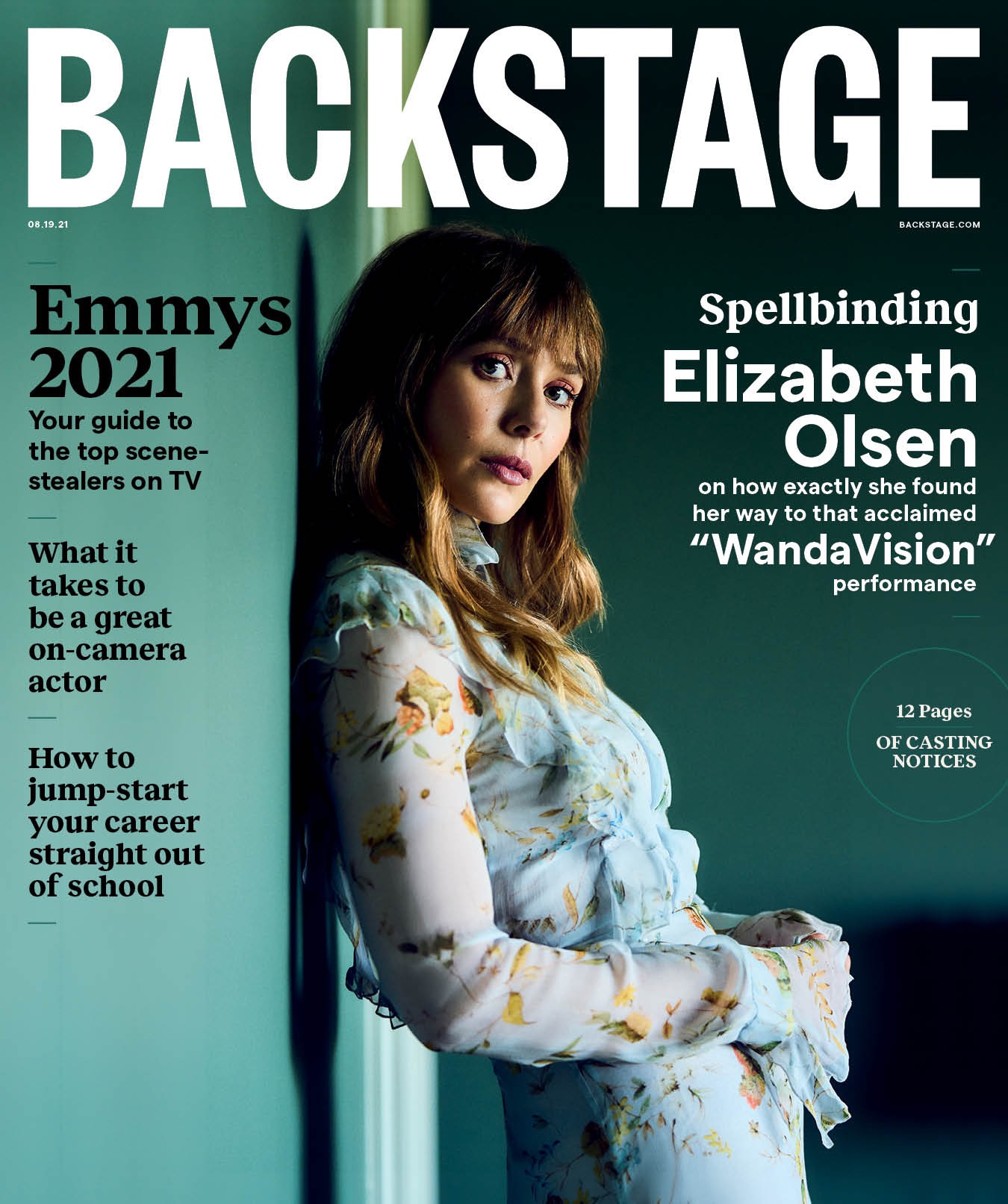 Elizabeth Olsen grins widely over video chat when recalling many such moments on set with her co-stars. Yet, she can’t bring herself to divorce such a lofty vision of film acting from the technical multitasking it requires. The camera sees all.

“But then you move your hair, and you’re in your brain, like: OK, remember that! Because I don’t want to edit myself out of a shot. I know some actors are like, ‘Continuity, shmontinuity!’ But the good thing about continuity is, if you remember it, you’re actually providing yourself with more options for the edit.”

That need to balance being both inside the scene and outside of it, fully living it and yet constantly visualizing it on a screen, feels particularly apt in light of Olsen’s most recent project, “WandaVision.”

The Disney+ miniseries, which racked up 23 Emmy nominations—including one for Olsen in the outstanding lead actress in a limited or anthology series or movie category—is rooted in the magical possibilities of living your life as if it were being screened for someone else to watch. Playfully paying homage to TV classics like “The Dick Van Dyke Show,” “Bewitched,” and “I Love Lucy,” the buzzy Marvel series set in the small town of Westview imagines what various quaint sitcoms starring Wanda Maximoff (Olsen), her beloved, Vision (Paul Bettany), and a requisite pesky next-door neighbor named Agnes (Kathryn Hahn) would look like. 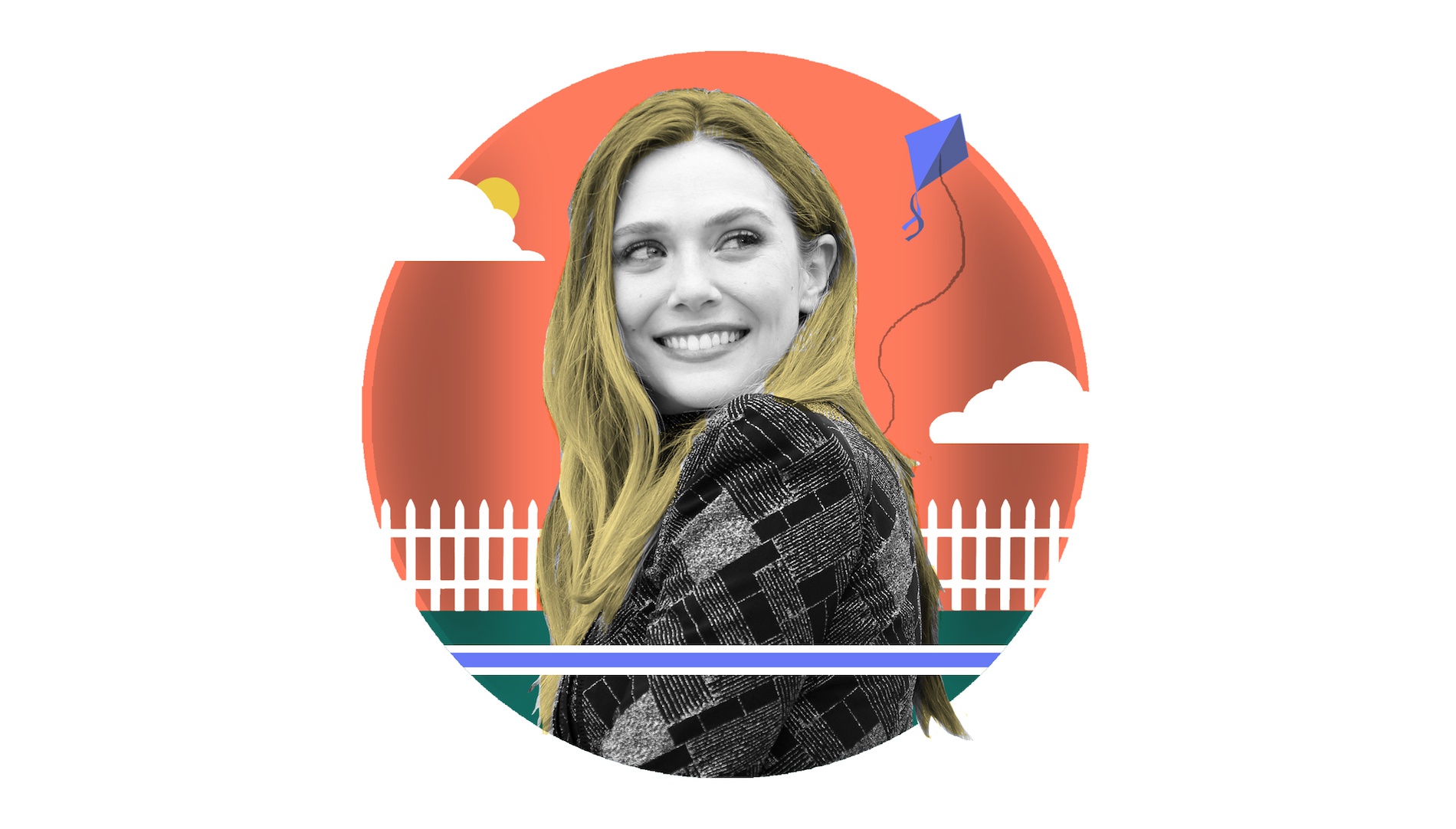 How Elizabeth Olsen (Finally) Found Her Agency as an Actor

The mysteries at the heart of the show grow with every episode, each fast-forwarding to a different decade: Could this 1950s, black-and-white, “filmed in front of a studio audience” newlyweds bit be a grief-stricken dream? Might this ’70s spoof be a powerful spell gone awry? Could this meta take on mockumentary comedies be proof that the multiverse is finally coming to the Marvel Cinematic Universe?

The series’ structure, which branches out to include government agents intent on finding out why Westview has seemingly disappeared, calls for the entire cast to play with a mix of genres, balancing a shape-shifting tone that culminates in an epic, MCU-style conclusion. What’s key—and why the show struck a chord with audiences during its nine-episode run—is the miniseries’ commitment to grounding its initial kooky setups and its later special effects-driven spectacle in heartbreaking emotional truths. It’s no small feat, though it’s one that can often be taken for granted.

“I was thinking how hard it would have been to have shot the first ‘Lord of the Rings,’ ” Olsen muses. “Like, you’re putting all these actors [into the frame] later and at all these different levels. All the eyelines are completely unnatural. And yet the performances are fantastic! And technically, they are so hard. People forget sometimes that these things are really technically hard to shoot. And if you are moved by their performance, that took a lot of multitasking.” 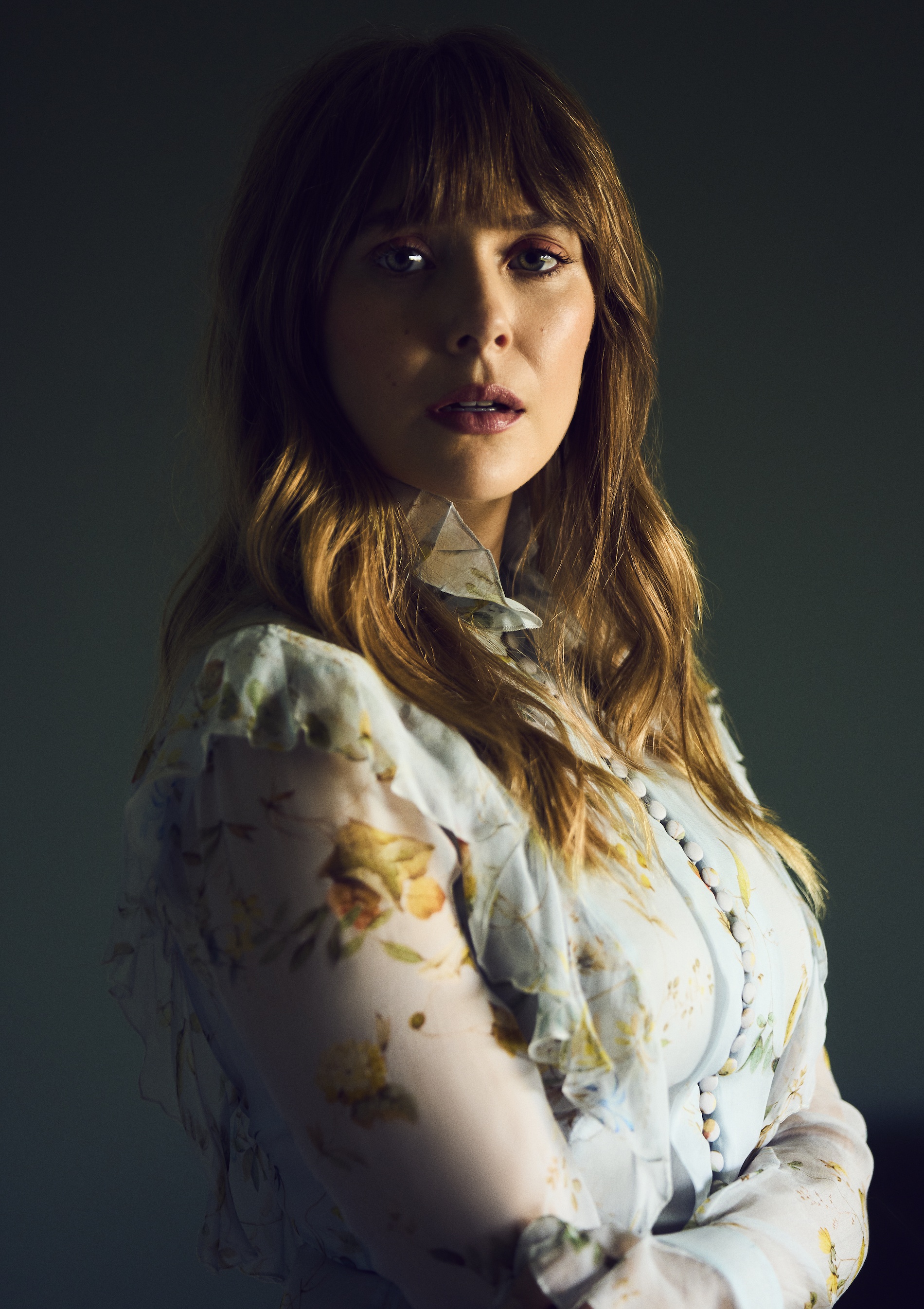 As someone who has learned plenty about harnesses, wire work, fight choreography, and green screens (she’s starred in four Marvel movies, including the box office megahit “Avengers: Endgame,” after all), Olsen knows how hard it can be to wrap one’s brain around the work needed to pull off those big, splashy scenes.

“​​If you think about it, it’s, like, the biggest stakes in the entire world—every time. And that feels silly to act over and over again, especially when people are in silly costumes and the love of your life is purple and sparkly, and every time you kiss them, you have to worry about getting it on your hands. Those things are ridiculous. You feel ridiculous. So there is a part of your brain that has to shovel that away and just look into someone’s eyeballs—and sometimes, they don’t even have eyeballs!”

The ability to spend so much time with Wanda, albeit in the guise of sitcom parodies, was a welcome opportunity for Olsen. Not only did it allow the actor to really wrestle with the traumatic backstory that has long defined the character in the MCU, but having the chance to calibrate a performance that functions on so many different levels was a thrilling challenge.

“It was such an amazing work experience,” she says. “Kathryn [Hahn] uses the word ‘profound’—which is so sweet, because it is Marvel, and people, you know, don’t think of those experiences as profound when they watch them. But it really was such a special crew that [director] Matt Shakman and [creator] Jac Schaeffer created. It was a really healthy working environment.” 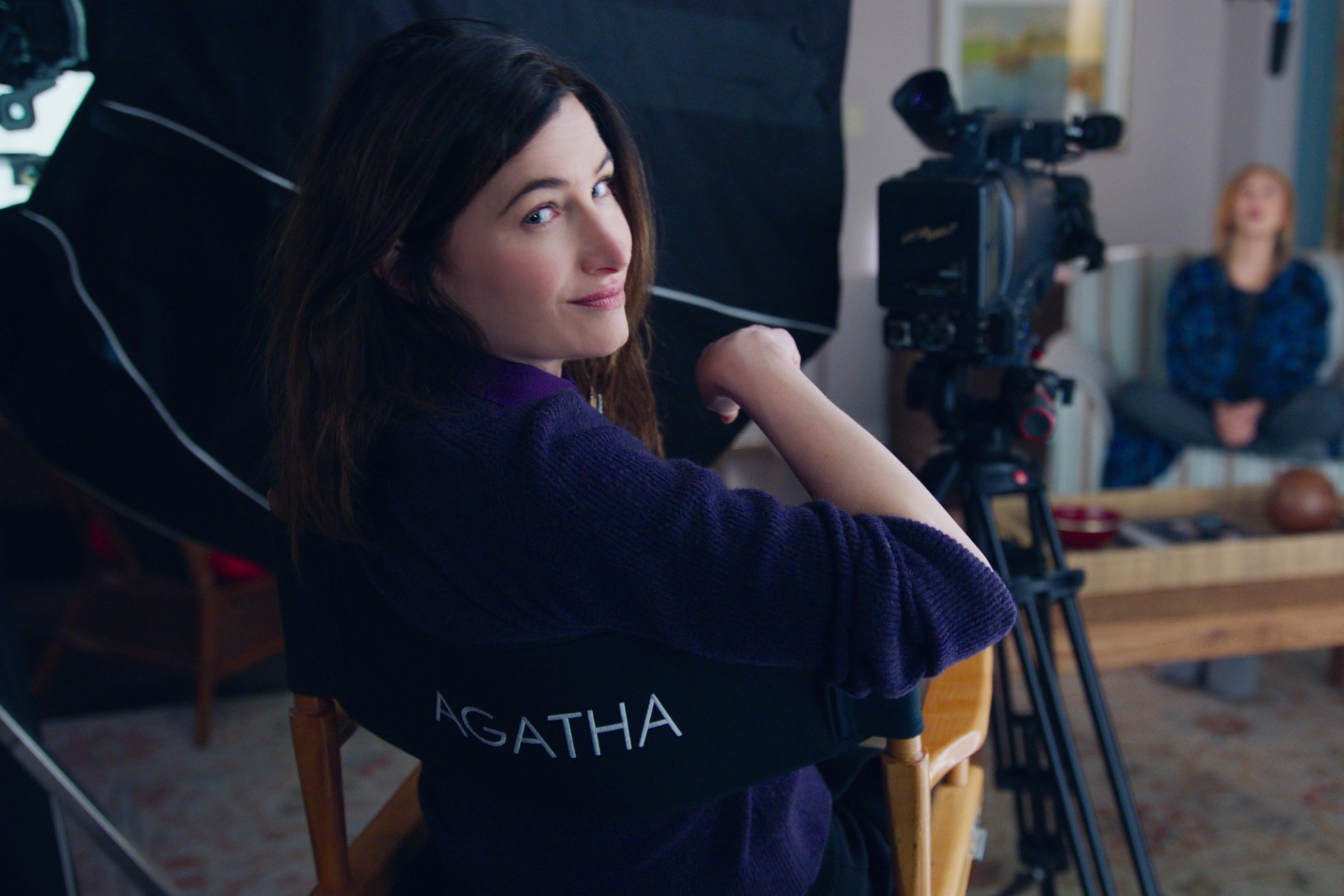 Considering that the miniseries spans several sitcom iterations, various layers of televisual reality, and a number of character reveals that needed to feel truthful and impactful in equal measure, Shakman’s decision to work closely with his actors ahead of shooting was key.

“We truly had a gorgeous amount of time together before we started filming,” Olsen remembers. “Our goal was—which is controversial in TV land—that if you wanted to change [anything], like dialogue in a scene, you had to give those notes a week before we even got there. Because sometimes you get to set, and someone had a brilliant idea while they were sleeping, and you’re like, ‘We don’t have an hour to talk about this. We have seven pages to shoot.’ And so, we were all on the same page with one another, knowing what we were shooting ahead of time.

“Matt just treated us like a troupe of actors who were about to do some regional theater shit,” she adds with a smile.

That spirit of camaraderie was, not coincidentally, at the heart of Olsen’s breakout project, Sean Durkin’s 2011 indie sensation “Martha Marcy May Marlene.” As an introduction to the process of filmmaking to a young stage-trained actor, Durkin’s quietly devastating drama was a dream—and an invaluable learning opportunity.

“It was truly just a bunch of people who loved the script, who just were doing the work. I didn’t understand lenses, so I just did the same thing all the time. I never knew if the camera would be on me or not. There was just so much purity in that experience, and you only have that once.”

The film announced Olsen as a talent to watch: a keen-eyed performer capable of deploying a stilted physicality and clipped delivery, which she used to conjure up a wounded girl learning how to shake off her time spent in a cult in upstate New York. But Olsen admits that it took her a while to figure out how to navigate her career choices afterward. In the years following “Martha,” she felt compelled to try on everything: a horror flick here, a high-profile remake there, a period piece here, an action movie there. It wasn’t until she starred in neo-Western thriller “Wind River” (alongside fellow Marvel regular Jeremy Renner) and the dark comedy “Ingrid Goes West” (opposite a deliciously deranged Aubrey Plaza) that Olsen found her groove.

“It was at that point, when I was five years into working, where I was like, Ah, I know how I want it. I know what I need from these people—from who’s involved, from producers, from directors, from the character, from the script—in order to trust that it’s going to be a fruitful experience.” 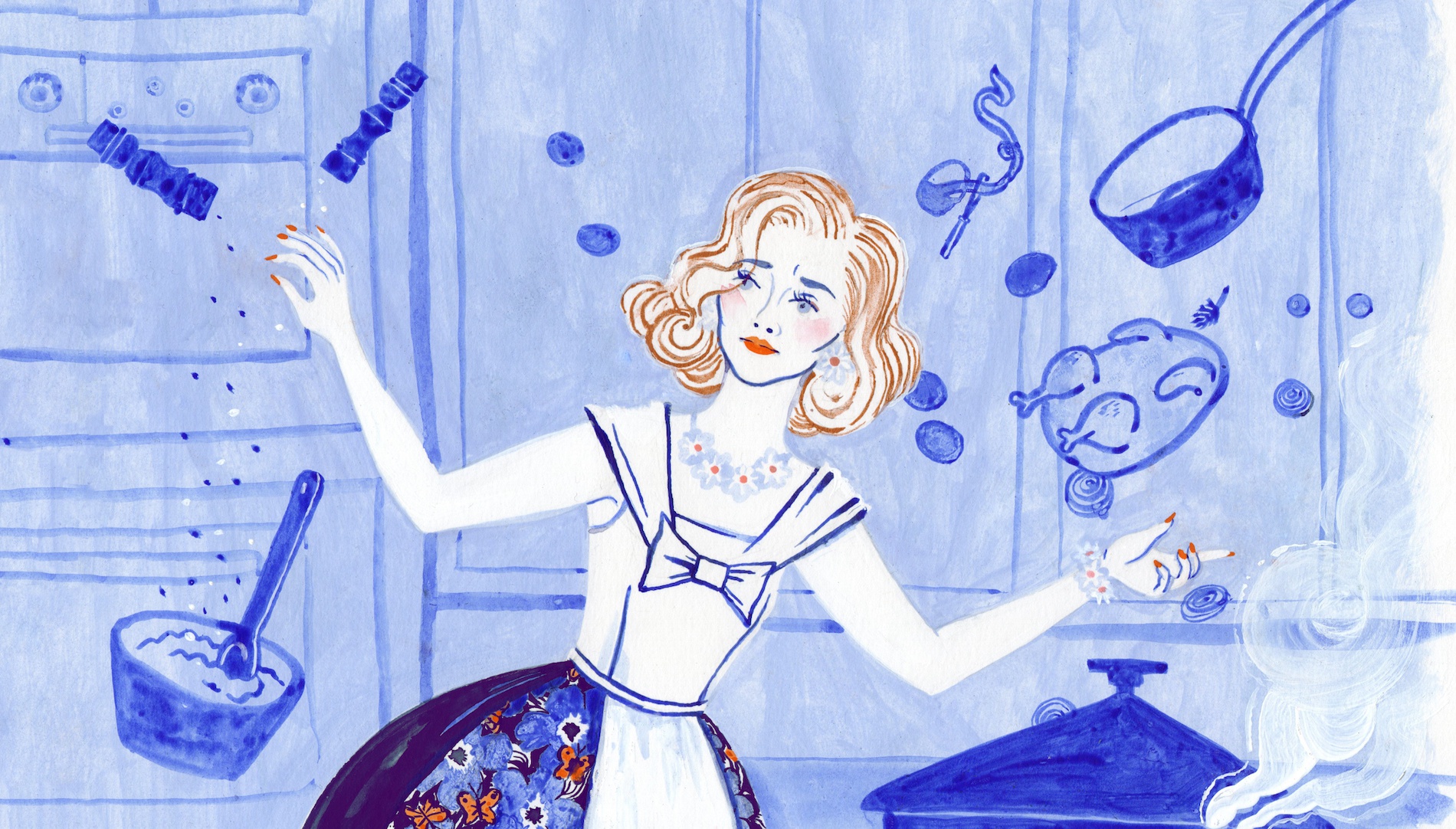 As Olsen looks back on her first decade as a working actor, she points out how far removed she is from that young girl who broke out in “Martha Marcy May Marlene.”

Those early years were marked by a self-effacing humility that often led Olsen to defer to others when it came to key decisions about the characters she was playing. But she now feels emboldened to not only stand up for herself and her choices, but for others on her sets as well.

“[Facebook Watch series] ‘Sorry for Your Loss’ I got to produce, and I really found my voice in a collaborative leadership way. And with ‘WandaVision,’ Paul [Bettany] and I really took on that feeling, as well—especially since we were introducing new characters to Marvel and wanted [those actors] to feel protected and helped,” she says. “They could ask questions and make sure they felt like they had all the things they needed, because sometimes you don’t even know what you need to ask.” 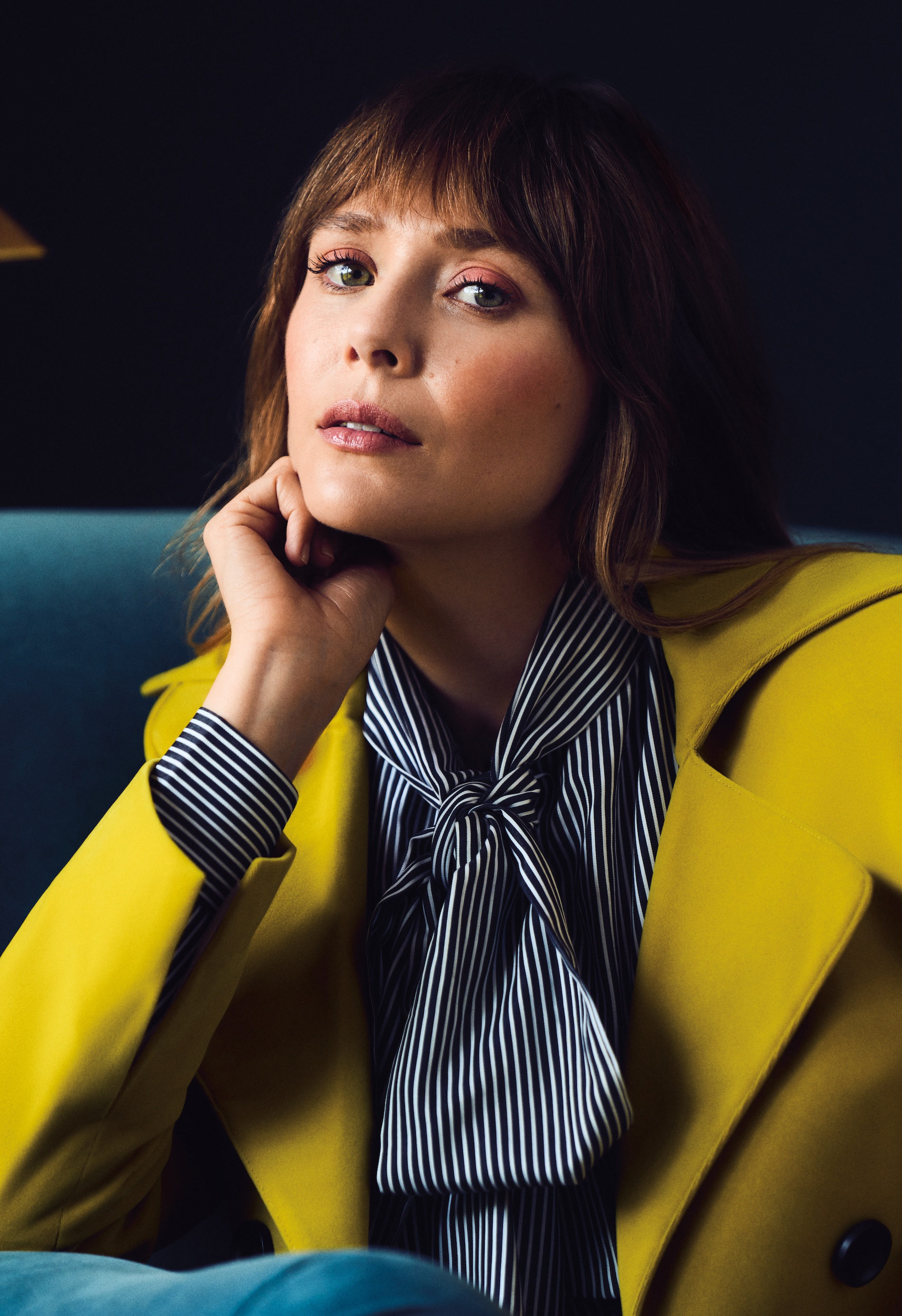 It’s a lesson she learned working with filmmaker Marc Abraham on the Hank Williams biopic “I Saw the Light,” and she’s carried it with her ever since. “I really want it to feel like we’re all in this together, as a team,” Olsen says. “That was part of ‘Sorry for Your Loss’ and it was part of ‘WandaVision,’ and I hope to continue that kind of energy, because those have been some of the healthiest work experiences I’ve had.”

If Olsen sounds particularly zealous about the importance of a comfortable, working set, it is because she’s well aware that therein lies an integral part of the work and the process. As an actor, she wants to feel protected and nurtured by those around her, whether she’s reacting to a telling, quiet line of dialogue about grief or donning her iconic Scarlet Witch outfit during a magic-filled midair action sequence.

Photographed by Shayan Asgharnia on July 14 in Sherman Oaks, California